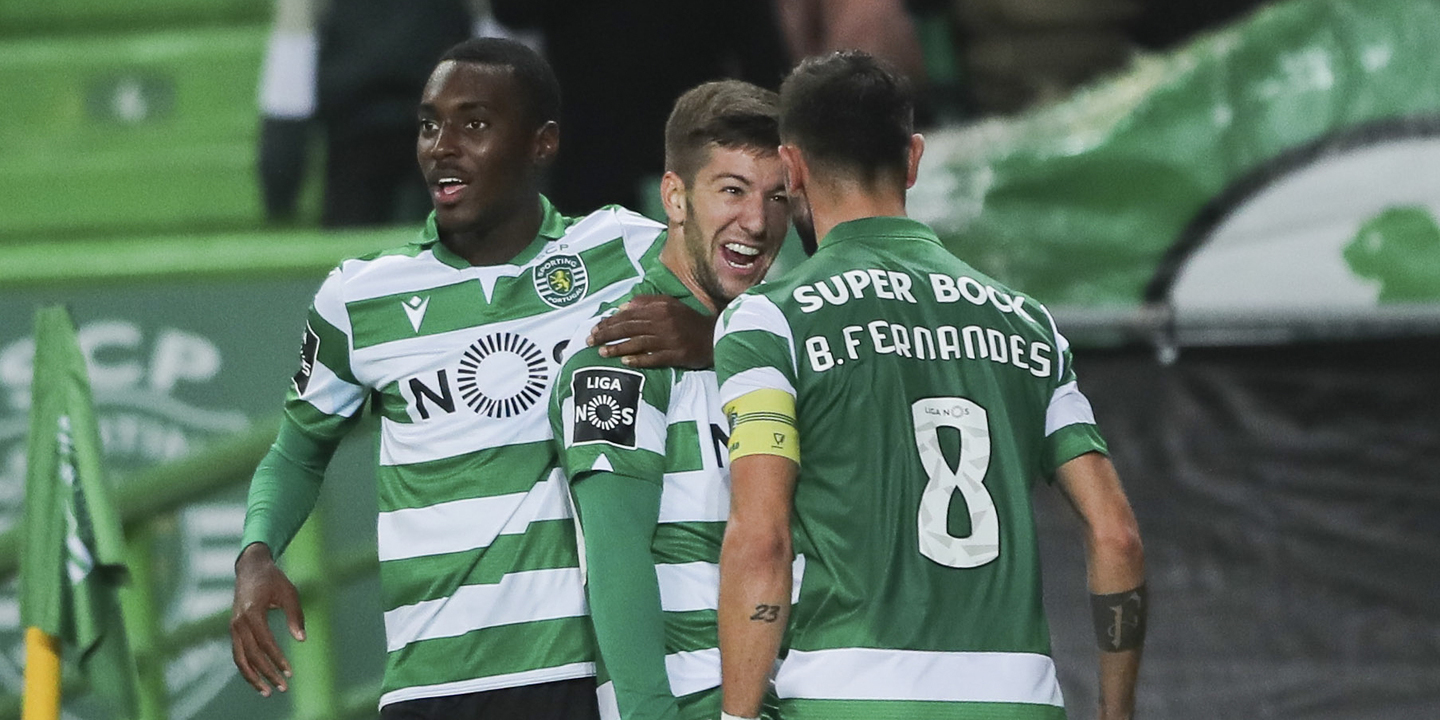 Narrow victories saw the familiar duo of Benfica and Porto pull clearer at the top end of Liga NOS during an eventful Week 11. Famalicão lost ground on the aforementioned pair after throwing away a 3 goal lead to draw with Moreirense.

This edition of the PortuGOAL Figure of the Week focuses on Sporting though, who have been through a tough time of late but found solace on Sunday night through a standout turn from Luciano Vietto, who struck twice to see off Lisbon neighbours Belenenses.

Argentine forward Vietto has been a name familiar with followers of European football over the past five years, spending most of his time in Spain with the likes of Atlético Madrid, Valencia, Sevilla and Villarreal at varying points. He arrived at the chaotic world of Sporting off the back of an ill-fated spell on loan in the Premier League with Fulham in 2018/19.

While the Lisbon side have experienced their fair share of troubles this season it is arguable that Vietto has been one of the more consistent players in the squad, even if the Argentine also appears capable of better. One of the issues he has had to overcome is finding the best place for him in the XI. Both current manager Silas and predecessor Marcel Keizer have used him in a few different positions across and behind the front, necessary in part as possibly his best position is the number 10/attacking midfield role, a berth exclusively reserved for club captain Bruno Fernandes.

Still the 25 year old has managed to be effective in his displays this season and after Sunday’s win his total of 3 goals and 2 assists from 10 Liga NOS matches is certainly respectable.

He had to wait a while to build upon that tally against Belenenses though, a sluggish first half from Sporting left the match at a stalemate at the break.

The home side responded to the crowd’s malaise with much more attacking intent in the second half, and Vietto grew into the game, going close with long range right foot volley.

Belenenses looked a little threatening on the counter attack but in the 74th minute Sporting got the all important breakthrough and in some style too. Bruno Fernandes’ clever pass found Yannick Bolasie, who in turn fed substitute Luiz Phellype. The Brazilian’s shot was blocked but the rebound fell in the air to Vietto who unleashed a spectacular volley which crashed past André Moreira in the visitors’ goal.

In a game often lacking in quality the goal was completely at odds at what the Alvalade crowd had seen before. 7 minutes later, Vietto pounced again to make the 3 points safe. Again Bolasie was involved, his cross was not dealt with well by Moreira and Vietto was in the right place to guide the ball home for 2-0.

The only slight blot on Vietto’s performance was that he probably should have wrapped up his hat-trick in the closing stages. With 6 minutes remaining he hesitated a little when through on goal to allow Tiago Esgaio to get back with a last ditch tackle, before he latched onto a brilliant Bruno Fernandes ball in stoppage time, rounded Moreira but couldn’t find the target from an admittedly tight angle.

Still despite not playing vintage stuff it was an important victory for Sporting and another positive contribution from Vietto. He could hold the key in an attacking sense for the Lions this season with other central options Phellype and Jesé struggling for form and fitness at times throughout the current campaign.