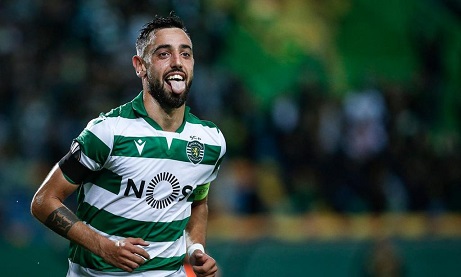 It was a positive matchday 5 for Portugal’s club’s in the Europa League. Sporting thrashed PSV 4-0 in Lisbon largely thanks to another masterful performance by captain Bruno Fernandes to guarantee their place in the knockout phase of the competition. Braga played out a thrilling 3-3 draw at the Quarry against Wolves to also progress to the round of 32, and like Sporting go into the final match defending top spot in their group.

Porto looked in trouble when losing 1-0 away at Young Boys, but a late double by Aboubakar turned it around and gave the Dragons a deserved victory to rekindle their qualification hopes. In Guimarães, it was déjà vu for Vitória as another positive display was not translated into a just result, Ivo Vieira’s team having to settle for a 1-1 draw. PortuGOAL rounds up all the action.

Sporting made it four straight wins in the Europa League with Bruno Fernandes in majestic form, scoring twice and providing two assists in a 4-0 victory.

The captain, fresh from signing a new improved contract, signalled his intent early on with a rasping long-range drive that PSV goalkeeper Lars Unnerstall tipped over the bar. Soon afterwards Fernandes demonstrated what makes him a special player with the kind of quick thinking and invention that characterises his game, producing a wonderfully executed cross on the half-volley from an unpromising position, right onto the head of Luiz Phelyppe who gave the Lions an early lead.

PSV’s defence then committed the cardinal sin against Fernandes of giving him room 30 yards from goal. The midfielder advanced a few metres and unleashed a thunderbolt of a shot that rocketed into the back of the net via the post.

A few thoughts from the Alvalade after Sporting 4-0 PSV. Vastly improved display by the Lions and as ever it's all about one man... pic.twitter.com/O5hcwNtJ36

The match then took a turn for the next 15 minutes as Sporting struggled to stem waves of attacks from the Dutch team. Young goalkeeper Luís Maximiano did well to race out of his goal and deny Bruma, and PSV’s Portuguese winger then sent a powerful cross shot narrowly wide.

Sporting produced the perfect response to alleviate the pressure as centre-back Jérémy Mathieu got on the end of a Bruno Fernandes corner and sent a spectacular shot on the slide crashing into the roof of the net to give the hosts a 3-0 half-time lead.

PSV continued to buzz around the Sporting area with intent, Maximiano coming up with a stunning reaction save to keep the three-goal lead intact. In the 64th minute Acuña embarked on a mazy run that was only halted by a trip in the box, with Fernandes stepping up to dispatch the resulting penalty to complete the scoring.

“Today I have to praise our intensity and our determination,” said captain Bruno Fernandes. “For Sporting to improve we need to play matches like this continuously.”

A highly satisfying night for the majority of the 30,000+ crowd. Sporting next travel to Austria to take on LASK in the knowledge that avoiding defeat will leave them top of Group D.

Aboubakar back with a bang 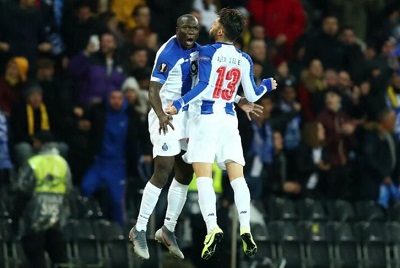 A distinctly underpar performance by Porto so far in Europe looked to be getting worse when an early header by Christian put the Swiss hosts into the lead. At that stage Porto were rock-bottom of Group G and looking to be heading out the competition.

However, after recovering from a poor opening 25 minutes, the Portuguese side went on to dominate the match. Marega was twarted by goalkeeper von Ballmoos when clean through and the same player was unlucky to be denied what looked a clear penalty as the Dragons went into the break trailing.

Sérgio Conceição’s team increased the pressure in the second half, Mexican winger Jesús Corona twice going close, but the visitors had to wait until the 76th minute for the equaliser. A neat move involving Otávio and Marega saw the latter cross for Aboubakar to cleverly steer the ball into the net.

Just three minutes later and Porto were in the lead, Cameroonian Aboubakar – who only recently returned from injury – again on hand to finish from close range. Suddenly the Blue and Whites were back in control of their own destiny as regards qualification to the knockout rounds.

In a last throw of the dice Young Boys almost scored a stoppage-time equaliser, Fassnacht’s effort rebounding back into play after thumping the post, but Porto held on for the vital three points. Victory in their final match at home to Feyenoord will see Porto into the next phase of the competition.

“I think it’s an entirely merited victory,” said coach Conceição. “The second half was completely ours.”

Braga through after thriller at the Quarry 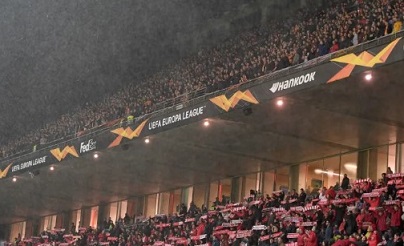 Braga secured qualification and maintained their place at the top of Group K with a second-half comeback, also making them the first ever Portuguese side to go 12 games without defeat in Europe in the process.

It was the home side who took the lead after just 5 minutes gone in the game, albeit with a large amount of fortune. André Horta’s shot from outside the area deflected off Rúben Neves and past Rui Patrício, who was caught off guard.

However, Wolves soon took a firm grip of the game despite the poor pitch at the Quarry. It didn’t take them long to get back into the game when Jonny Otto’s cross found the in-form Raúl Jiménez to head past veteran goalkeeper Eduardo.

Two goals in the space of two minutes gave Wolves the advantage before half-time. Matt Doherty put Wolves ahead with a header after a lovely looped pass from Jiménez. Not long after the restart Braga lost the ball in midfield and in seconds Adam Traoré had increased the visitors’ advantage and looked to have taken control of the group, going into the break with a healthy 3-1 lead.

Wolves’ dominance of the first half disappeared in the second, and Ricardo Sá Pinto’s side showed signs of life. The comeback began with some fantastic play by Galeno on the left, easily getting past Doherty and finding Paulinho, who finished from close range.

Braga completed the comeback in the 79th minute, as Nuno Sequeira’s cross into the box was met by an unmarked Fransérgio to head past Patrício from close range.

“We talked at halftime, mainly to correct things defensively,” said Sá Pinto about his team’s comeback. “We were bolder, we believed we could do more. Being first in the group isn’t the most important thing, it’s not an obsession, even though we know we could avoid stronger teams from the Champions League."

Vitória out but with head held high 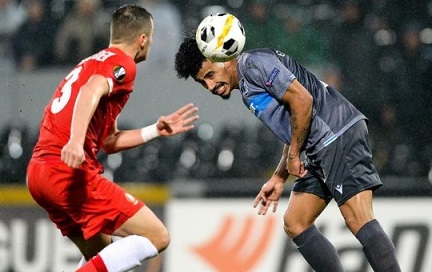 Vitória’s harsh European lesson continued as they were officially eliminated from the Europa League after drawing at home to Standard Liège.

Harsh weather conditions didn’t prevent a typically boisterous crowd in Guimarães. Although technically Ivo Vieira’s men were still in with a chance of qualifying, the possibly was slim and relied on the result in the other Group F game to go their way, but they still played will intensity against a tough Liège side.

Paul-Jose Mpoku won a penalty in the 40th minute that Maxime Lestienne buried past Douglas. However, seconds before the break Lucas Evangelista found André Pereira to draw Vitória level with a cool finish.

Ivo Vieira’s side improved in the second half, giving the Belgian keeper Arnaud Bodart more work to do. Late on both sides had chances to wrap up all three points but once again Guimarães fell just short and are still yet to get a win in the Europa League this season that their performances so deserve.

“The team performed well enough against a very athletic and intense team,” said coach Ivo Veiria, “It wasn’t a game of great quality, but it was thrilling.”