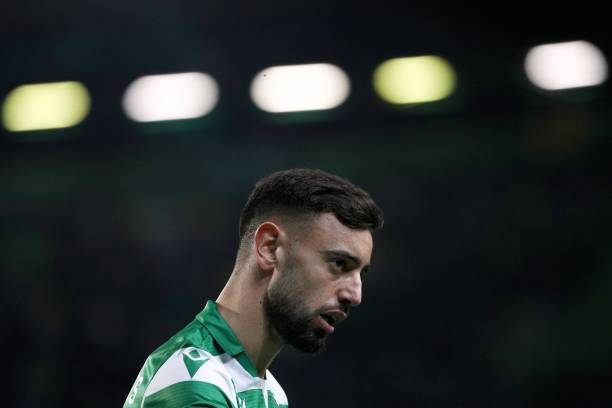 Sporting have suffered a fresh setback in a thus far turbulent season after losing 3-1 to Gil Vicente away from home, last Sunday.

The Lions were up against it following goals from Bozhidar Kraev and Sandro Lima either side of Wendel’s first-half equaliser, with Zakaria Naidji sealing the visitors’ fate late on for Gil Vicente’s third.

Defeat for Federico Varandas’ men came after their cross-city rivals, Benfica, distanced themselves even further at the top of the table with a comfortable 4-0 win at home to Marítimo on Saturday night.

Famalicão’s second loss of the season, at the hands of Portimonense, also saw the newly-promoted side fall nine points behind the Eagles, meanwhile FC Porto kept the pressure on with their 2-0 victory over Paços de Ferreira at home, maintaining a two-point gap.

Elsewhere, there was a 2-0 win for Sporting de Braga in their Europa League-scented clash against Rio Ave at home, subsequently edging themselves closer to the qualification spots. Here’s the peak of this weekend’s action.

Having confirmed their elimination from the UEFA Champions League in midweek, focus in the red half of Lisbon has turned to reaffirming dominance back on the domestic scene, as Marítimo aimed to counter that and pick up a result that’s evaded them since 2009 at the Estádio da Luz.

Top scorer Pizzi was on hand to sweep up Vinícius’ lay-off in the 8th minute to fire Benfica ahead from close range, however, with the roles later being inverted for Benfica’s second in the 17th minute.

On the half-hour mark, Vinícius was left celebrating once more after following in from a cross and producing a tap-in, later registered as an own-goal from the Marítimo defence to make it 3-0.

Vinícius also signed his name alongside Benfica’s fourth in the second half, as Bruno Lage’s men saw out a 4-0 victory down to ten men, courtesy of Gabriel’s second bookable offence.

In a clash between two of the more eye-catching ‘lesser sides’ of recent times, Famalicão were out to get their fairytale season back on track versus António Folha’s Portimonense.

Having peppered their opponent’s goal for much of the half, though. it was Portimonense’s Dener who finally found a way through from Aylton Boa Morte’s cutback in the 33rd minute, squeezing his shot under the goalkeeper.

The visitors responded with a couple of one-on-one opportunities from the otherwise in-form Toni Martinez and Pedro Gonçalves, with Famalicão left to rue their misses in the 72nd minute after Aylton was brought down inside the box for a penalty at the other end.

Lucas Possignolo was the man elected to take the spot-kick, converting with success to make it 2-0. Famalicão kept pressing until the dying embers of the game for a comeback but the best João Pedro Sousa’s side could gather was a late consolation goal from Fábio Martins, also on target from the 12-yard-mark.

After a performance in the Europa League hailed as the best of the season, defeating PSV Eindhoven 4-0 at home, there was great intrigue attached to Sporting coming into their away trip to Barcelos.

Gil Vicente, having already pinched points from Porto and Braga this season, looked keen to prolong their role as giant killers, however, as they took an 18th minute lead via Kraev from close range, making good use of Tiago Ilori’s sloppiness at the back.

Sporting reacted late on in the half via Wendel, opening up the body to trickle a half-volley under the keeper and over the line, as the Lions drew level on the brink of the half time and in hope for more of the same come the second period.

Things quickly became uncomfortable for Jorge Silas’ side in the second half, however, after Marcos Acuña brought Yves Baraye down inside the box for a 55th-minute penalty, executed by Sandro Lima for Gil Vicente’s second.

An uninspired Sporting pressed for a way back into the contest before Naidji took the chance to kill the Lions off once and for all with 98 minutes on the clock, rounding off his solo run on the counter attack with a third and final goal for Vitór Oliveira’s men.

Ricardo Sá Pinto’s side are all set for the next round of the Europa League but, with regards to next year’s edition, they’re still playing catch-up in the league as they went head-to-head with fellow hopefuls Rio Ave.

Paulinho was the man to give Braga the advantage with the game approaching half time, receiving Fransérgio’s knock-down before volleying an effort into the ground and past the goalkeeper.

Rui Fonte’s assist in the 80th minute was even cuter, setting Ricardo Horta one-on-one with the keeper before picking out the bottom corner, securing a 2-0 win for 6th-placed Braga.

Off the back of a 2-1 victory versus Young Boys in Europe, Porto were out for more joy, this time against Paços de Ferreira at the Estádio do Dragão, as they aimed to cut Benfica’s lead at the top of the table back down to two points.

In a scene all too familiar to the Porto faithful, the Dragons broke the deadlock via a set-piece, as Mamadou Loum championed his aerial duel to nod in the opener in the 18th minute.

With creativity in front of goal at a minimum, Moussa Marega came the closest to adding to the score-line before half time after his finish cutting across goal was met by the far post.

Replacing the injured Vincent Aboubakar, Zé Luís was able to bring a run of eight games without a goal to an end in style, receiving a long ball on his chest with his back to goal before improvising with an over-head kick to catch the keeper by surprise, making it 2-0.

Sérgio Oliveira almost caught Ricardo Ribeiro out deep into stoppage time for a potential third goal, but the Paços keeper was on hand to push the cross-turned-shot onto the post with his fingertips, maintaining a 2-0 score en route to the final whistle.