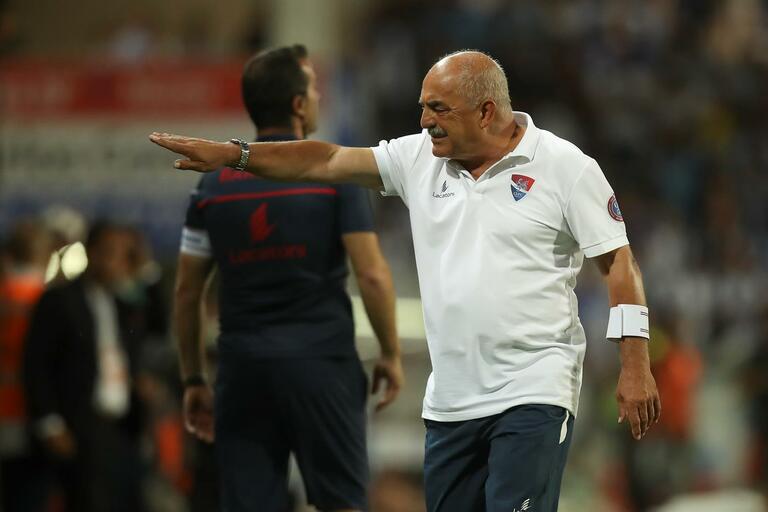 Another lengthy Liga NOS break finally came to an end this weekend as Jornada 12 resumed the domestic league action in Portugal’s top flight. Benfica and Porto’s comfortable wins ensured it is as you were in 1st and 2nd place, with 3rd place Famalicao just starting to falter a little after a fast start, slipping to defeat at Portimonense.

Moreirense condemned Aves to yet another loss in a thrilling 3-2, but the standout result of the round saw Gil Vicente pull off quite an upset by beating Sporting 3-1. Veteran manager Vítor Oliveira masterminded his second “big 3” scalp of the season, and he is the PortuGOAL Figure of the Week.

66 year old Vítor Oliveira has predominantly gained acclaim in the past few seasons as something of a second tier specialist in Portugal achieving promotions to Liga NOS with the likes of Chaves, Paços Ferreira and Portimonense to name but a few.

However to simply limit his abilities to that level would be unfair, leading the latterly named Algarve side to a decent finish in the top flight in 2017/18, and indeed Gil Vicente were sufficiently convinced he would be the man to oversee their sudden rise back to prominence this summer following their successful appeal against what was proved an unfair relegation a number of years back, rejoining the club for a 3rd term at the helm in his career.

Oliveira and Gil Vicente could scarcely have started the campaign better as his attacking philosophy paid dividends in an opening day shock win over giants Porto. Results since have been a little inconsistent but Sunday’s upset of Sporting was the latest of what has been a mini-resurgence for Os Barcelos.

Sticking to his traditional attacking 4-3-3 set up, Oliveira set about attacking what has been on a number of occasions a vulnerable Sporting, pressing high from the front. This tactic particularly proved effective in the scoring of the opening goal.

Sporting defender Tiago Ilori was pressurised into making an error by Sandro Lima, and he squared for Bozhidar Kraev to apply a simple finish to open the scoring.

While Sporting responded with an equaliser from Wendel, the home side retook the lead early in the second half from the penalty spot, Lima on target after Marcos Acuna had felled Yves Baraye in the box.

Gil Vicente had to wait until deep into injury team to truly secure what was a deserved win, substitute Zakari Naidji’s solo effort making it 3-1 with virtually the final kick of the game.

A massive win for the home side, their third in a row in Liga NOS meaning they move up to 8th in the table.

For Oliveira to have guided Gil Vicente to 8th place heading into December represents a superb achievement and one not many would have expected of a team jumping up two divisions in just one summer.

While Oliveira himself, and a fair amount of the copious new players they acquired during the transition are of top flight are of Liga NOS quality, to have assembled the squad and more importantly managed to get them to gel together so quickly is a testament to the manager’s ideas and abilities.