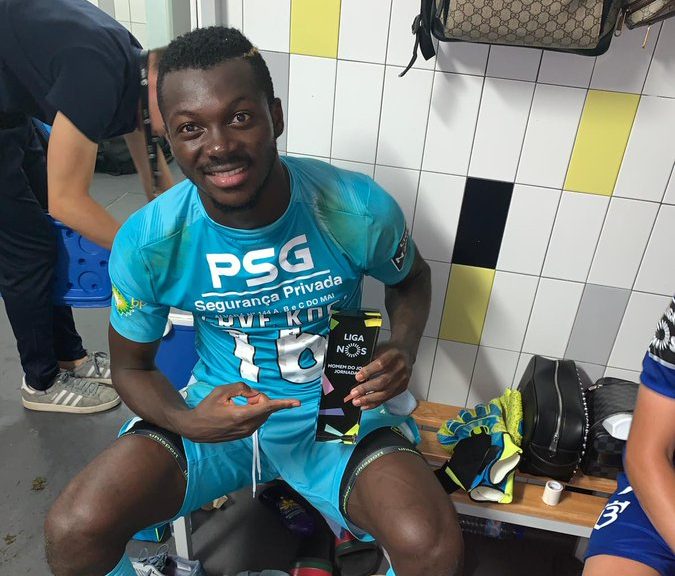 The penultimate Liga NOS round before Christmas saw a couple of shock results, notably bottom club Aves finally ending a wretched run with an upset over Braga, while Tondela also raised eyebrows by winning away at high-flying Famalicão.

Significant developments at the top too as defending champions Benfica moved 4 points clear in the title race, beating Boavista while Porto only managed a point at Belenenses, who largely had PortuGOAL Figure of the Week Hervé Koffi to thank in frustrating their opponents with a big performance in goal.

Hervé Koffi was signed by Belenenses this summer as one of many acquisitions from French club Lille. The multitude of players signed from the Ligue 1 side have had contrasting impacts in Lisbon but the 23 year old goalkeeper has certainly been the most successful so far, proving dependable between the sticks.

As well as possessing excellent agility, Koffi has shown himself to be handy with his feet with Belenenses showing a tendency to play out from the back. This season he has fought off competition from André Moreira to mostly be Belenenses’ number one, and he proved vital in earning a point on Sunday night.

Koffi has only recently recovered from a thigh problem but showed no signs of rustiness early on in the match, springing from his line to thwart an onrushing Otávio and Porto put the pressure on Belenenses from the get go. Belenenses would make the breakthrough in the match through a fine strike from André Santos, but came under significant attacking pressure from the away side.

Porto only managed to find a way past the Burkina Faso international on two occasions, a looping Mamadou Loum header that was then correctly ruled out for offside, before Alex Telles beat him from the penalty spot. Otherwise, the Dragões were left frustrated with just a point as Koffi’s form continued into the second half.

Sérgio Oliveira thought he had given his side the lead from a free kick in the 72nd minute but Koffi leapt to his left to pull off the save of the match, pushing the midfielder’s effort onto the post.

A well-earned point for Belenenses in what was a solid team performance, but they owed no small debt to their goalkeeper who denied Porto at nearly every turn.

While the Lille experiment has been a mixed bag on current evidence Belenenses would be wise to secure Koffi on a more long term deal, he’s been crucial in the last two matches in helping the team to 4 points from 6 in two tough fixtures, Sunday’s point following a win away at Tondela last week. A consistent performer in what has been an inconsistent team this season, Koffi is one to watch in Liga NOS this season.