PortuGOAL Figure of the Week: Pizzi’s commanding display too much for Famalicão 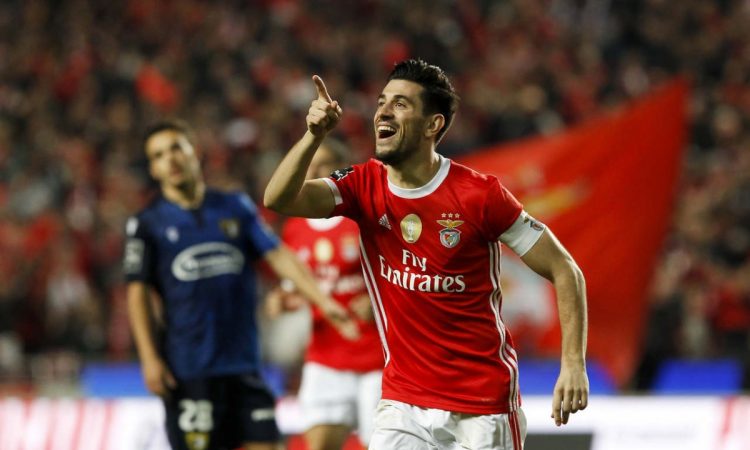 The final Liga NOS round of 2019 saw the league table have a familiar feel to it as “Os Três Grandes” now inhabit the top three positions for the first time in the campaign.

Sporting’s emphatic win at Santa Clara saw them climb to 3rd place while Porto kept up the pressure in the title race by sweeping aside Tondela. It is defending champions Benfica though who end the year in top spot by four points after blitzing Famalicão 4-0 at Estádio da Luz. As has often been the case it was midfield maestro Pizzi who was central to their success and he is the PortuGOAL Figure of the Week.

Pizzi has for a long time now been absolutely crucial to Benfica’s recent raft of domestic dominance in Portugal with his consistently good performances backed up by highly impressive statistics.

On Saturday evening he was at his effervescent best as Famalicão’s challenge was dispensed of with a minimum of fuss.

The away side started well by exerting some pressure on Benfica’s goal but the home team soon warmed up. Pizzi tested Rafael Defendi with two efforts around the half hour mark, the first of which after a terrific mazy run.

Pizzi would supply the breakthrough in the 39th minute though, a superb cross from the right flank left the ball on a plate for Carlos Vinícius, who couldn’t really miss due to the quality of the pass.

With a 1-0 lead established at the break Benfica set about strengthening their hold on the game and they wasted little time in doing so in the second period. In the 48th minute Pizzi latched onto a Chiquinho cutback that wasn’t properly cleared and lashed the ball under Defendi with his weaker left foot.

Pizzi grabbed his second of the game in the 63rd minute, again using his left side. Given far too much space by the Famalicão defence, he brought down Chiquinho’s fine pass with his right before dispatching the finish at the near post.

There was even time for Pizzi to claim a second assist, playing in substitute Caio with 90 seconds remaining, who did the rest with a low shot to make it four.

Pizzi ended the game with two goals and two assists but again what impressed about him was his overall level of performance, the recognition of his and his team-mates’ space on the pitch throughout.

A deserved win for the champions to ensure they will go into 2020 as favourites to regain their championship title in May.

After that the bigger picture for Pizzi will involve the Portuguese national team’s own title defence at this summer’s European Championships. The Benfica man has been a regular in Fernando Santos’ squads since missing out on the 2018 World Cup selection, but faces an uphill battle to nail down a regular spot in a midfield area that represents something of an embarrassment of riches for the coach. On current evidence though Pizzi’s stake for a spot could be too difficult to ignore.