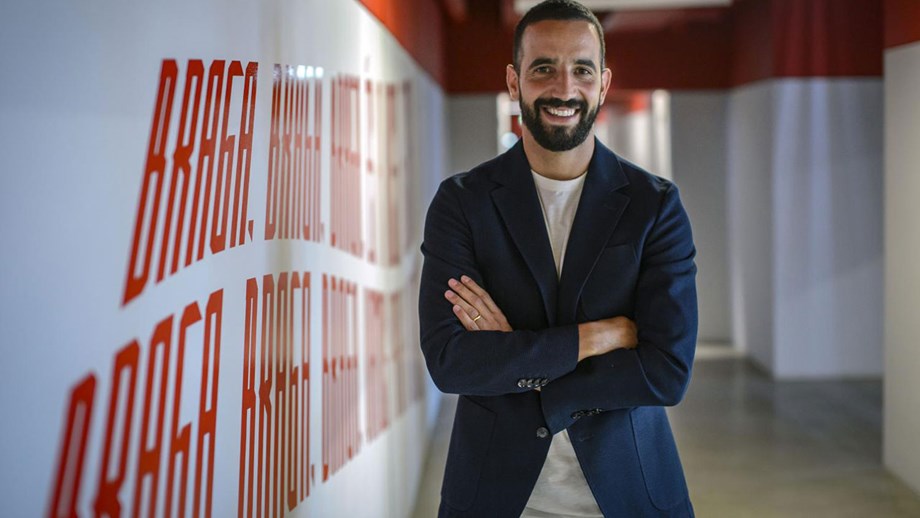 The first Liga NOS round of 2020 saw an exciting clássico between Sporting and Porto end in a narrow victory for the latter, as Benfica stayed top of the pile by edging past Vitória Guimarães. Famalicão took advantage of Sporting’s defeat to reclaim third place and end their own bad patch of league form.

There was a clear standout result of the weekend though as Braga demolished Belenenses 7-1. Scarcely can a new manager’s first game in charge have gone better, and new Braga boss Rúben Amorim is the PortuGOAL Figure of the Week after his instant impact upon the team.

Rúben Amorim had a good career at playing level in Portugal before his slightly premature retirement at the age of 34. He was part of three Liga NOS winning championships for Benfica, as well as representing Belenenses and Braga.

It is the latter that he has now taken the top job at in management having previously been in charge of Braga’s B team. Before that, he had cut his teeth at Casa Pia, helping them to a position that would ultimately see them promoted to the second tier last summer.

Clearly at this stage there is much to be figured out in terms of Amorim’s style and intentions but what a resounding message he sent to Braga’s fans and indeed the rest of the league with an absolute destruction of Belenenses in a dream debut.

Amorim was a defensive-minded midfield player in his day but there was no evidence of a handbrake in unleashing what is an attacking set of players upon a shell-shocked Belenenses.

Straight away Amorim was not afraid to change the system from predecessor Sá Pinto, giving Brazilian centre-back Vítor Tormena a rare start to form a 3-4-3, joining Bruno Viana and Raúl Silva at the back and allowing Nuno Sequeira and Ricardo Esgaio to perform in more advanced wing-back roles.

The decision helped to pay dividends as it freed up what had on occasion appeared a little more rigid 4-3-3 and in just the 8th minute Ricardo Horta swapped passes with Paulinho and fired beyond Hervé Koffi in the home side’s goal for the opener.

Belenenses almost hit back very soon after but were denied by two excellent saves from Brazilian goalkeeper Matheus, notably brought back into the XI by Amorim having been dropped by Sá Pinto in recent weeks.

Sá Pinto did not seem to know who his best goalkeeper was in the final few months of his tenure, swapping between Matheus, veteran Eduardo and Tiago Sá, but Amorim nailed his colours to the mast in picking the former from the start after the 27 year old had not even made the bench in 3 of the last 4 matches.

Braga punished Belenenses’ profligacy by doubling the lead in under 20 minutes, the highly-promising Francisco Trincão firing home from Sequeira’s cross. The 20 year old was just beginning to play himself into regular contention in recent matches and he obviously impressed the incoming Amorim, who retained faith in the Portuguese youngster by starting him once again and he repaid his new boss handsomely.

Braga’s attack were ruthless, and added a third minutes later when Ricardo Horta scored his second of the game, again assisted by Paulinho. A stunning strike from Silvestre Varela reduced the arrears for Belenenses but João Palinhna’s low drive re-established a 3 goal margin just before the break.

Things only got worse for Belenenses in the second period as Braga picked up where they left off. Paulinho got himself a deserved goal, and the home side’s near-impossible task was rendered just that when Robinho was dismissed for dissent in the 75th minute.

Braga showed no mercy in the final 15 minutes against their ten-man opponents as substitute Rui Fonte added a late brace to heap misery upon the beleaguered hosts.

Some eyebrows were raised when Sá Pinto was dismissed from his post late last year as the Portuguese had guided Braga to the Europa League knockout round from a tough group in very impressive fashion, whilst also making progress in the domestic cups (until a recent Taça de Portugal exit to Benfica).

However a recent 1-0 loss to what has been a very poor Aves team was perhaps a signal of their biggest problem this season: transferring their cup form to Liga NOS. Saturday’s demolition job sees the team move up to 6th place, their sixth league win also matching six league defeats this campaign.

Rúben Amorim could not have realistically given himself a better platform for success though and he has done so his way. A 7-1 mauling will get the players firmly on board and fans optimistic that this ambitious club can compete for trophies domestically, have a good crack in Europe and head back towards the top four places in which they belong.