PortuGOAL Figure of the Week: Corona conjures some magic to seal Porto victory 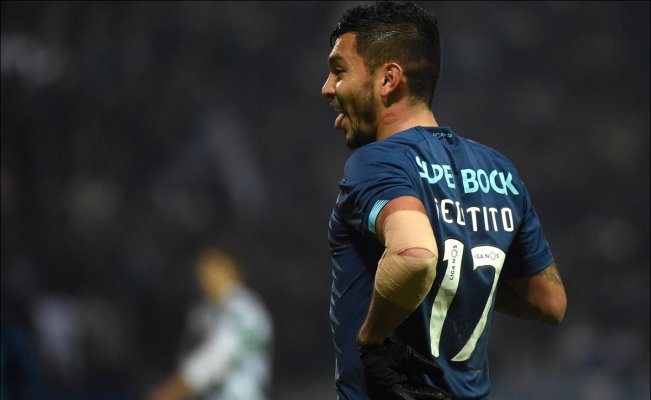 Round 16 of Liga NOS may have had a familiar feel to it in terms of results as all the usual suspects picked up 3 points, but each were made to work hard to so. Benfica left it late to come back against Aves, Sporting overcame a virus-hit Vitória Setúbal and Braga also needed to recover from a setback to beat Tondela.

This edition of Figure of the Week though focuses on Porto’s Jesús Corona, who was instrumental in helping his side rally to beat Moreirense away from home, the latest in a long line of impressive performances from the Mexican international.

Jesús “Tecatito” Corona is now something of one of the elder statesmen of this iteration of Porto having been with the club since 2015. Choosing Porto’s best performer in recent years is something aking to playing domino online, whereby there are several candidates for the winner. Signed from Dutch side FC Twente, the winger has not always been the most consistent of players in the four and half years since his transfer but has certainly sharpened up in this area in the last 18 months or so, whereby he has been arguably amongst Porto’s best.

His dribbling ability has now been added to with a much stronger final ball these days, and arguably his overall game has been improved by his club manager Sérgio Conceição’s decision to use Corona deeper in right fullback on many an occasion. He’s not a natural in the role but has shown a slightly surprising aptitude for the role and is improving all the time as he learns and adapts more defensive characteristics, while able to still show his attacking qualities.

Corona delivered another superb all round display on Friday night as Porto battled to victory in a fixture that has caused them more than their fair share of grief in recent seasons. Indeed it must have felt ominous for Conceição and the fans as Moreirense took the lead after only three minutes. Porto rallied however and levelled the scores just after the half hour mark. Corona was the architect, swinging in a superb cross with his weaker left foot for the in-form Tiquinho Soares to head home past Mateus Pasinato.

Soon afterwards Porto were in front and Corona was again involved. His surge into the Moreirense penalty area was unfairly ended by Abdu Conté, and Alex Telles made no mistake from the spot.

The home side managed to level matters just before the break but Porto regained control after the introduction of substitute Luis Díaz, who helped turn the game on its head. He bundled in from close range to make it 3-2 before laying the ball for Corona to score the goal of the game with six minutes remaining. The Mexican’s first touch was a little loose, owing partly to the bobbly surface, but he recovered to unleash a stunning looping volley over Pasinato and make the points safe.

It wasn’t quite the perfect night for Corona as he picked up a silly second yellow card deep into stoppage time, albeit the game he will miss as a result is the Taçã de Portugal quarter-final against second tier Varzim, a game he may have already been earmarked to take a rest in amid a busy schedule.

Overall it was another example of how valuable Corona has become to this Porto side as they look to keep pace with rivals Benfica in the league title race and also in the domestic cups. In relation to the latter, Porto will hope his absence does not prove costly on Tuesday night.

Taka
This comment was minimized by the moderator on the site