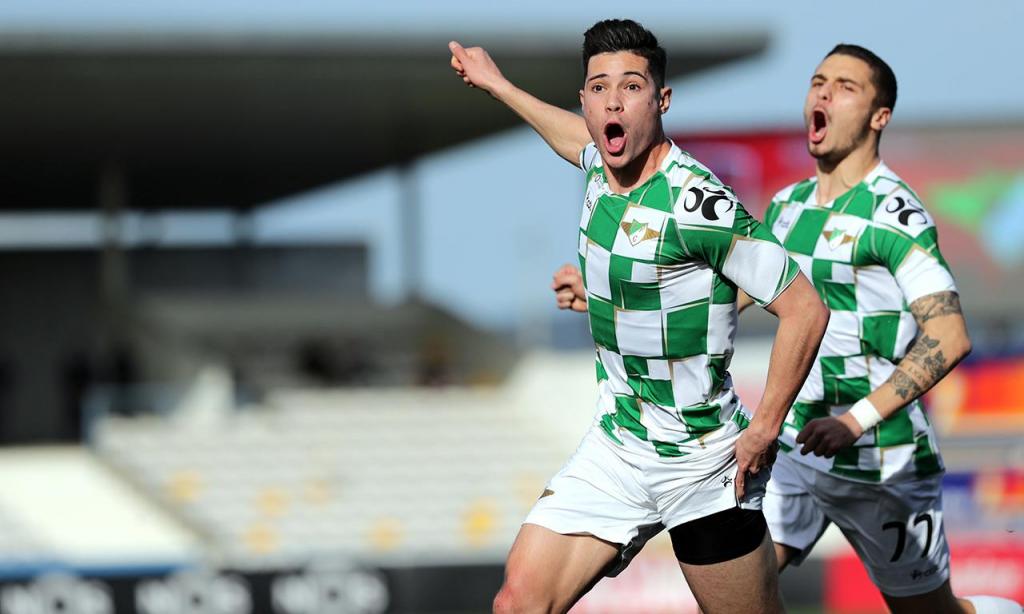 The Liga NOS action continued this week and saw a new entrant into the top 3 as Braga replaced Sporting in 3rd by beating them in another tense encounter between the two rivals. Benfica and Porto remained above the pair after recording victories over Belenenses and Vitória Setúbal respectively.

Important wins in midtable for Boavista, Santa Clara and Tondela, while Aves breathed some life into their relegation battle, but the standout result came at Estádio Cidade de Barcelos as home side Gil Vicente were stunned by a devastating Moreirense performance. PortuGOAL Figure of the Week Filipe Soares led the charge as his side ran out 5-1 winners on Sunday afternoon.

Filipe Soares may only be 20 years old but has already generated a lot of buzz about his possible potential. A Benfica academy graduate, Soares left for second tier Estoril in the summer of 2018 and was one of the very best performers in the division as his team fell one place short of promotion.

Throughout that campaign he occasionally filled in at right back due to injuries but Soares is most comfortable in the middle of the park and tasked with being the creative hub of a team, getting into offensive areas wherever possible. It is here that he has been stationed since moving up to the top flight with Moreirense this season and while he has not always been consistent this season, much like his team, his talent was all too obvious on Sunday as he helped dismantle Gil Vicente’s challenge.

Before kick off Soares had failed to score for his new team but he wasted little time in changing that statistic by doing so in the 5th minute. Gil Vicente failed to deal with a deep free kick, and when Moreirense forward Fábio Abreu teed up Soares he confidently found the bottom corner.

The goal opened the floodgates for a rampant Moreirense as they moved into a 3-0 lead through Abreu and debutant Gabrielzinho, and it was 4-0 in the 68th minute as Soares doubled his tally. Nuno Santos was played clean through on goal, and when his shot was parried by Dénis, Soares was there having made a lung-busting run upfield to tap into an empty net.

Soares then added an assist to his brace to put the seal on a magnificent performance. Unchallenged, the 20 year old moved into the Gil Vicente half and threaded through to Pedro Nuno, who produced a sensational chipped finish over Dénis for the goal of the game.

Gil Vicente substitute Sameul scored a late consolation goal but it was Moreirense and Soares’ day, the 5-1 triumph moving them into 13th place.

Moreirense were always a little unlikely to replicate the heroics of last season’s 6th place finish but this convincing victory could prove the catalyst to see them head back towards the safer reaches of midtable and beyond.

Soares was regarded as an exciting talent in his Seixal days and is now getting the opportunities to show it in Liga NOS. Still with plenty of time to improve also, he’s an under the radar prospect that Moreirense will do well to keep hold off if he can replicate these kinds of displays with more frequency.