PortuGOAL Figure of the Week: Bruno Duarte the architect of Famalicão's downfall in seven goal shock 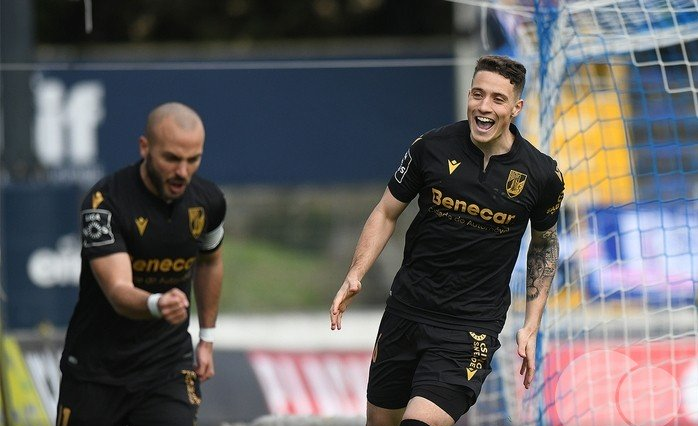 Liga NOS Jornada 20 could yet prove a pivotal moment in the title race after Porto reduced the gap at the top to 4 points after beating rivals Benfica in an electric Saturday night Clássico at Estádio do Dragão. The round also saw more woe for the bottom four teams, and the maintenance of good recent form for Rio Ave, Boavista and Santa Clara.

It’s not often a five goal thriller of a Clássico could have competition for the share of the headlines but Vitória Guimarães certainly rivalled the top two for column inches with a sensational victory at a much-changed Famalicão. Os Vimaranenses were relentless as they helped themselves to seven goals without reply, led from the front with a terrific display from striker Bruno Duarte, the PortuGOAL Figure of the Week.

Brazilian forward Bruno Duarte was very much an unknown quantity when Vitória Guimarães signed him in August of this season, the 23 year old arriving from Ukranian side FK Lviv, although being a part of the youth and B teams for São Paulo and Palmeiras previously in his native country gave an indication of some pedigree.

The centre-forward position has been a slight issue for Vitória this season with manager Ivo Vieira swapping between Duarte and Léo Bonatini, with the now departed André Pereira and Alexandre Guedes having also been in the mix.

It is Duarte though who, while not always prolific in front of goal, has looked the more effective frontman. He caught the eye on both matches against Arsenal in this season’s Europa League group stage, showing good physical strength in duels and also he is able to link well with the array of attacking talent Vitória possess on the wings including the likes of Davidson, Marcus Edwards and Rochinha.

These qualities were on display on Saturday afternoon as Vitória ruthlessly took apart a heavily-rotated Famalicão side who had their eyes more focused on their Taça de Portugal semi-final 2nd leg with Benfica tomorrow evening. It only took the away side five minutes to get the ball rolling and it was Duarte who was the man to open to do so, timing his run to perfection to prod in André André’s cutback past Rafael Defendi from close range.

The goal would prove to be his only one of the game but his contribution was far from finished as Duarte racked up a trio of second half assists. Famalicão began the period 2-0 down thanks to João Carlos Teixeira, but also a player light after Anderson’s first half dismissal. Vitória smelled blood and pressed Famalicão into mistake after mistake at the back, leading to the third goal. Teixeira found Duarte who could have turned and shot himself when decently placed in the box, but instead unselfishly set up Edwards to send a deflected third past Defendi.

A devastating five minutes followed as Vitória added two more goals to their tally. Pêpê curled in off the crossbar to make it 4-0 in the 52nd minute, before Teixeira swiftly scored his second goal moments later, Duarte again the architect with a perfectly-weighted through ball.

Duarte’s different type of hat-trick was complete in the 67th minute. Yet more poor defensive play from Famalicão was pounced upon, this time Edwards winning the ball high up the pitch. He found Duarte, whose flick-on was dummied by Teixeira for substitute Davidson to sweep in the sixth.

A humiliating afternoon for the hosts was capped with Edwards grabbing a late seventh as Vitória ended up closing the gap between the pair to 4 points in Liga NOS.

Famalicão may well have rested the majority of their big hitters and it may yet prove an inspired decision but nonetheless this was a statement of intent from Vitória who will not have given up hope of making a late raid for a finishing place feasibly as high as 3rd this season. Their competitors for these places have not had things their own way of late, Sporting and Famalicão not too convincing in consistency terms of late, and while Braga have been mostly excellent recently Vitória’s fierce rivals did sloppily drop points at the weekend and do, like Sporting, have the potential distraction of multiple Europa League ties to contend with in the coming weeks and months.

Bruno Duarte might not be a big name in the division but the way he linked up with his more esteemed colleagues this weekend should give the Brazilian confidence of filling this problem position for Vitória in the crucial league rounds to come.