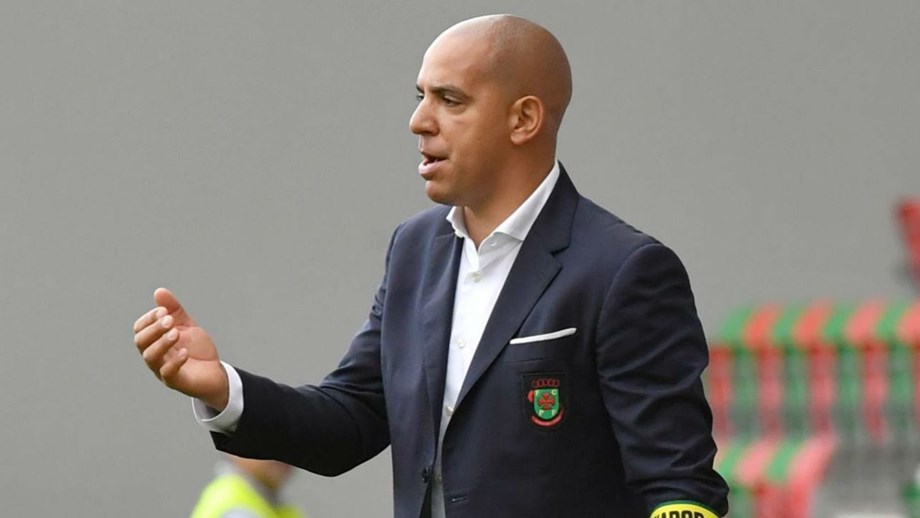 Another dramatic week of Primeira Liga action saw the leadership change hands courtesy of Benfica’s draw with Moreirense allowing Porto to overtake their rivals by a point. The latest episode of the Sporting soap opera saw them fall to defeat amid a typically controversial impending change in club management while Gil Vicente’s quietly impressive return to the top flight continued by beating Boavista.

The 2019/20 PortuGOAL Figure of the Week number 23 though is Paços de Ferreira manager Pepa. The manager has improved his side considerably of late and their latest triumph over fellow relegation battlers Aves gives the team strong hope of making their return to Liga NOS an ongoing one.

At just 39 years of age Pepa is one of the youngest Liga NOS coaches currently working but he is certainly not lacking in experience, having managed Feirense, Moreirense and Tondela at this level previously to siding up with Paços in September of 2019. He was hired after Paços had struggled upon their return to the first tier last summer.

Pepa did not have things all his own way at Feirense or Moreirense, but he proved his credentials in a successful spell with Tondela. His particular brand of 4-3-3 was significantly successful in 2017/18 with the Auriverdes as they avoided relegation with consummate ease, something that anyone who has followed the league in the last few years will know is a real rarity. The football Pepa had Tondela playing that year was thrilling, showing a fearlessness in attack (notably stunning Benfica at Estádio da Luz) while also knowing when to apply the handbrake in more tense encounters.

The following campaign Pepa and Tondela did have to navigate the more familiar waters of a heroic final day escape from the drop, and it was in the summer that followed that both parties felt they had taken each other as far as they could.

This season has not gone entirely swimmingly but the signs are there that Paços will be able to stave off the threat of relegation and maintain the premier status that the club had enjoyed commonly before their surprise drop to the Liga Pro back in 2017/18. Key winter wins over Braga and Moreirense looked to have set the side on their way but a poor run of form followed, perhaps their progress in both domestic cups proving an unwanted distraction.

Back-to-back wins were secured on Sunday though as they followed up their impressive victory over Famalicão with what could be a pivotal win over bottom side Aves.

The match was short on clear cut chances and indeed the deadlock was broken just before the half hour mark somewhat out of nothing. Arguably the team’s most consistent player this season, captain Pedrinho produced quite possibly the goal of the season in Liga NOS so far, unleashing a sensational volley that fell to him after Aves failed to clear their lines.

A Ricardo Ribeiro horror show allowed Aves back into the match but Paços reclaimed their lead early in the second half. Hélder Ferreira’s cross was intended for the lurking Douglas Tanque but instead caught out Aves keeper Quentin Beunardeau at the near post and flew into the far corner.

Ferreira was involved again as Paços made the match safe with 18 minutes left to play. He was brought down in the area by Pedro Delgado, and January transfer window signing Adriano Castanheira stepped up to send Beunardeau the wrong way.

A huge victory for Paços that creates a six-point buffer between themselves and the drop zone, giving them a real boost in the battle for survival.

Eleven matches remain in which Pepa and Paços will look to secure maintenance in the division. At this rate the team are heading towards that goal quickly, and if it does go down to the wire then they possibly have the perfect man in charge for any final day drama.

Who in the hell is coaching these clubs? Are there any buses left in Portugal after they were all parked in these matches? GTFO of here with this ultra...

Who in the hell is coaching these clubs? Are there any buses left in Portugal after they were all parked in these matches? GTFO of here with this ultra defensive, no chances taken or even attempted football.

I fully expected Pacos - Aves to follow the 0-0 trend but was pleasantly surprised, good for Pepa. Lets see if he continues on this trend and tries to get the win instead of playing for ties.