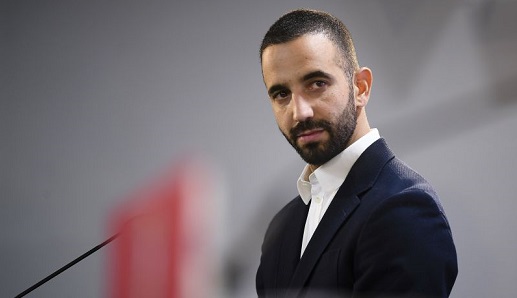 Sporting will have its fourth head coach of 2019/20 in the dugout at Alvalade on Sunday for the match against Aves after completing the appointment of Braga manager Rúben Amorim, who replaces the outgoing Silas.

The Lisbon club paid the buyout clause of €10 million to hire Amorim, along with his assistants Adélio Cândido and Carlos Fernandes.

Braga have not wasted any time in naming his replacement, with Custódio Castro given the top job for the northerners.

The massive sum Sporting paid to get Amorim - only once has the club paid a higher transfer fee for a player - has surprised many despite Amorim's brilliant start to his coaching career.

The former Benfica midfielder won 10 out of 13 games after replacing Sá Pinto at the Quarry at the turn of the year, including beating Porto twice, Sporting twice and Benfica once, and won the Taça da Liga (Portuguese League Cup). However, the 35-year-old has only coached in the top flight for 10 weeks. In Europa League it was a different story, losing home and away to Rangers.

Amorim takes over from Silas, who bizarrely was left to announce his own departure after the defeat to Famalicão on Tuesday night.

A new low by this manic Sporting. Club leaves it to Silas to announce his dismissal as head coach. Seems a decent bloke, and not all his fault for sure, but Silas' tenure at Sporting disastrous tbh. Not sure you can count on one hand no. of games Sporting played well under him. https://t.co/YMBnumklGD

The success or otherwise of Amorim's appointment will likely determine the continuation or not of Sporting president Frederico Varandas, who has come under increasing fire by fans during a turbulent and largely disastrous season. 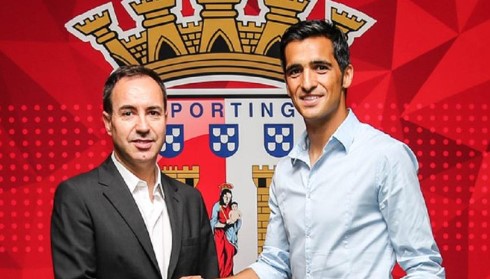 As for Braga, Custódio, who played for both Sporting and Braga as a player, is promoted to the top job after a stint coaching the U17 team.

Sporting and Braga are involved in a tussle to finish 3rd in the Liga NOS, which gives a more favourable route to Europa League football next season.

—-Z—
This comment was minimized by the moderator on the site

If Amorim was hired to coach Benfica
The move would be praised.

This site and Portuguese football media are anti sporting

To be fair, we're twenty-one points off top spot. We suck. Our last best chance was that 2016 season.