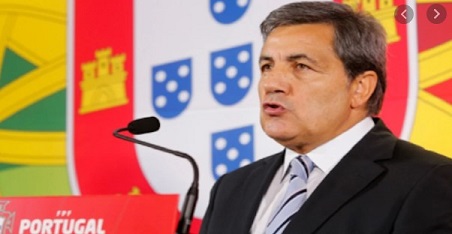 In a dramatic opinion article published in several of Portugal’s newspapers and media outlets today, the head of the Portuguese Football Federation, Fernando Gomes, has expressed his concern for the very future of the game.

“As the president of an organisation that governs a sport with the force and impact of football, I’ve been asking myself what I should do in recent weeks. This article shares my answers publicly, and is based on something obvious: the future of football is not guaranteed,” writes Gomes.

The 68-year-old administrator has been FPF president for almost a decade, earning widespread praise for his work promoting Portugal’s national teams in all its forms: men and women’s football, be it the traditional version of the game, futsal or beach soccer, at all age levels.

However, Gomes has often come under fire for his administration (or lack thereof) of the domestic game, where it is felt the nation’s biggest three clubs – Benfica, FC Porto and Sporting – call the shots. He has been criticised for failing to stamp out never-ending suspicions and accusations of corruption and/or actual corruption, allowing Portuguese football to be mired in a vitriolic battleground of attacks and counter-attacks among the Big Three.

Gomes appears to have targeted the suspension of football because of the coronavirus pandemic as an opportunity to make a clean break.

“For many years football seemed to be the centre of life for many people. But we can’t mince our words. We now clearly understand it is not.

“We are starting one of the most important months for Portuguese football, when we will do everything within our power to get us competing again. It’s an opportunity we cannot waste, especially given that people from far and wide will be looking at how we behave. In a certain way, it’s starting from scratch.”

“As a trained economist, I believe the principles we should adopt from here onwards must change. Football, like society itself, has lived in an economic and community model that is structurally based on the speed of interactions. We don’t think about tomorrow.

“It’s essential for Portuguese football to find new ways of financing itself. The clubs’ budgets cannot be dependent on qualification for competitions.

“Sports administrators, coaches and players must be carefully chosen. We have to avoid the constant changing of human resources at the first sign that things are not going as planned. Persistence, resilience and collective effort bears fruits.

“In a virtuous circle, if we are competitive and continue to invest in excellence in youth football, international recognition will come, revenues will increase and our original investments will have more chance of becoming the norm.”