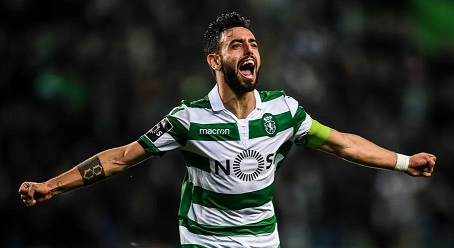 The transfer of Bruno Fernandes was anything but straightforward. From the initial interest shown from numerous large clubs, their talismanic captain’s future was uncertain right up until the final announcement in January 2020 that he had finally signed for Manchester United on a five-and-a-half-year deal.

It marked a turning point for United, who had been left wanting for a midfield presence ever since Paul Pogba went AWOL with injury, among other rumoured issues behind the scenes.

For Sporting, parting ways with a leader like Fernandes was always going to require adequate compensation. The 2018 Portuguese player of the year scored a stunning 31 goals in his final year with the Verde e Brancos. His 100m euro release clause spoke to his perceived worth to the club.

Therefore, the current situation Sporting now find themselves in is worth a great deal to the club itself and could have major repercussions for them moving into next season.

The transfer to United was reportedly worth 80m euros and a 10% sell-on clause – for Sporting, this was incredibly lucrative and could support Lisbon team’s transfer budget for several seasons to come. Certainly, as one of the Big Three in the Primeira Liga, it was the sort of money to boost their competitiveness against Benfica and FC Porto.

In the Fernandes deal, Manchester agreed to pay in instalments, although Sporting were reluctant. Wanting to be paid a lump sum, Sporting found an unnamed German bank to provide that larger sum, while the bank could claim the instalments, plus a small, nominal fee (reportedly around 3-5%). This scheme has now, unfortunately, backfired.

As the worldwide health crisis dominates headlines, the bank has become risk-averse and now reportedly has chosen to block the lump sum payment, leaving Sporting facing a major financial issue as they are still waiting on United’s instalments.

This alone could potentially scupper Sporting’s future in terms of replacing the gaping hole Fernandes leaves behind. They were already miles off the pace for the league title with FC Porto and Benfica the heavy favourites in the football betting, but the inability to get an immediate replacement for Fernandes could see them drop further down in their efforts to break the duopoly.

From the frying pan, into the fire 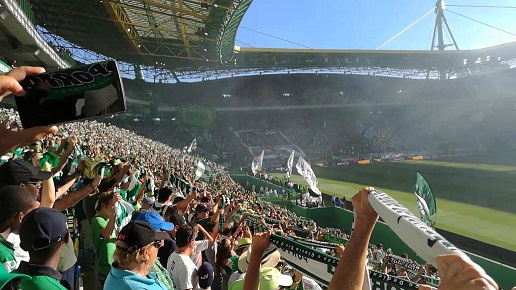 It could have ended there. Sporting were already heavily impacted by the structure of the transfer and recent developments, turning that simmering issue into a burning problem.

As of early May 2020, A Bola reported that Sampdoria claims they are owed €4.65m (£4m), equivalent to approximately 10% of the profit Sporting made on their original purchase of Fernandes. With Sporting uncertain that they are even liable to pay, there is currently no resolution on the horizon – making the likely outcome a major escalation and formal complaint made to FIFA.

It’s difficult to ascertain where Sporting currently stand financially. While the payments they are due will be made, the issue of cash flow, combined with the current postponement of games (meaning reduced income from TV rights, sponsorship and ticket sales), paints a pretty stark image for an institution that was already known to be experiencing serious financial hardship.

As the current season reaches a close, and the transfer window opens in July, it’s unlikely Sporting can do anything to strengthen their side, shorn of star man Fernandes, until they can resolve their disputes with both the banks and their Italian counterparts.

The Pandemic is hitting hard, too bad for sporting.

Verandas is not a businessman. Sporting needs a new President.

It just doesn't feel like things are ever going to get better with Sporting. Even with the Fernandes sale and all that capital you'd think they'd be able settle their debts and go out and sign players, but deep down it just feels like there will...

It just doesn't feel like things are ever going to get better with Sporting. Even with the Fernandes sale and all that capital you'd think they'd be able settle their debts and go out and sign players, but deep down it just feels like there will be a bunch of stuff that gets in the way. Would just love to see them compete with the top two, third doesn't feel like anything anymore when they're always 10-12 points back...