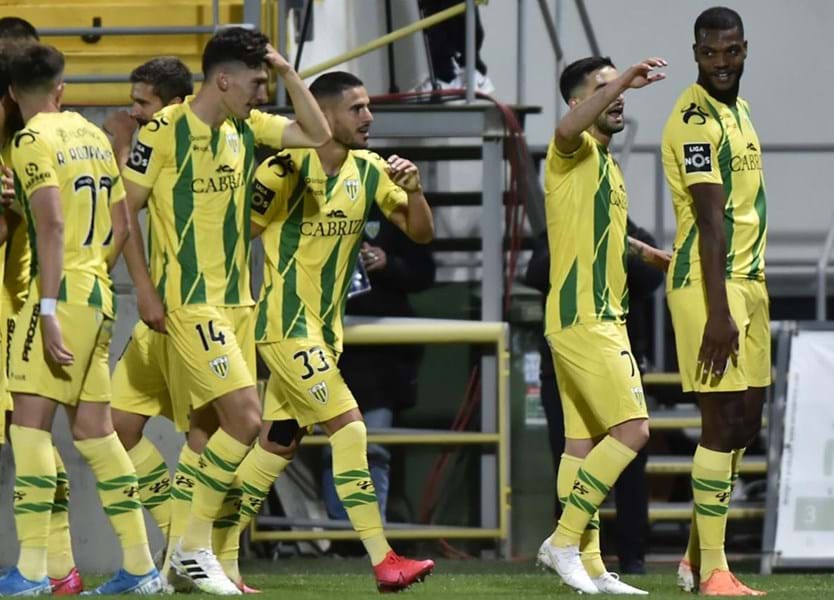 The staggered Liga NOS 2019/20 season continued apace throughout last week with a number of closely-fought encounters. Defending champions Benfica’s woes continued with a draw at Portimonense, and Porto took advantage with a narrow triumph against Marítimo. Sporting edged past Paços to move level with the struggling Braga, who lost a second match in a row at home to Boavista.

Down at the bottom of the division Aves’ dismal campaign continued as they shifted ever closer to their inevitable-looking relegation with defeat at Tondela. PortuGOAL Figure of the Week Ronan was in ruthless form for the home side as his double downed their demoralised opponents.

Rio Ave picked up former Fluminense and Grêmio youth player Ronan back in 2016 from Sanjoanense in the third tier of Portugal, but the Brazilian has struggled to make a notable impact with the club. He was loaned out to second division side Varzim in 2017/18 before leaving on a similar deal for Tondela back in January of this year.

To say that Ronan’s start with Tondela has been stop-start is an understatement. Initially he struggled to shake off a muscle problem previously picked up at his parent club, and then could not face Rio Ave in an encounter at the end of February due to the terms of his contract. He finally looked to be building up a head of steam with a goalscoring display in his first start for the club in the 1-1 draw with Boavista in early March before the global pandemic intervened on the Liga NOS season.

The striker then missed the return to league action against Benfica last week with another injury before returning to the XI emphatically on Thursday night. Starting centrally and flanked by Ricardo Valente and António Xavier, Ronan’s physicality and movement off the ball caused problems for Aves from the opening stages and he punished them as early as the 11th minute.

Ronan collected Valente’s knockdown, span past Oumar Diakhité before bamboozling his opponent and fellow defender Jonathan Buatu with a superb dummy before placing the ball past Fábio Szymonek to give the home side the lead.

Tondela exerted further control in the second half, aided by the dismissal of Aves defender Ricardo Mangas. The advantage was doubled in the 57th minute and once more it was Ronan who the opposition could not deal with. Xavier and Richard Rodrigues’ short corner routine led to the latter swinging the ball into the box and Ronan rose brilliantly above Buatu to loop a header into the far corner.

Diakhité’s despairing attempts to clear the ball off the line proved in vain as Ronan’s effort proved inch perfect.

Tondela eased out the remainder of the match to pick up a valuable 3 points that should go a long way to ensuring their top flight status for another season, and to try and avoid their trademark final day dramatics to dodge the drop in favour of a more serene survival.

Ronan is a player who has struggled with injuries and to find his level in Portugal but there are already positive signs in his Tondela spell that he can be a highly effective player in this league. The team have struggled in central striking positions all season (Ronan is already their top scorer in Liga NOS with four goals) but it appears that manager Naxto Gonzalez has found a solid solution to their problems in the shape of the Rio Ave loanee.