PortuGOAL Figure of the Week: Jovane joy as lightning strikes twice for Sporting 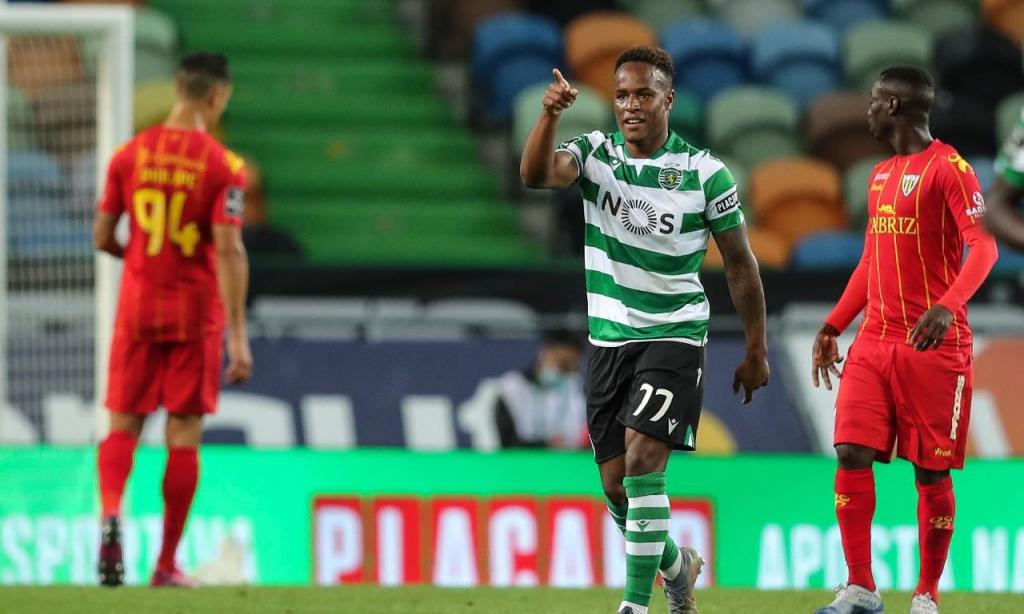 The relentless drive towards Liga NOS 2019/20’s conclusion continued throughout the past week and once more the results threw up plenty of talking points in different areas of the league table. Porto and Benfica’s battle for the title remains on a knife edge as the former’s slip at lowly Aves allowed the defending champions to draw level on points in beating Rio Ave.

Paços Ferreira and Marítimo secured crucial wins in the relegation battle, while the battle for European places intensified. Famalicão and Braga played out a 0-0 draw to allow Sporting to steal a march and slip into 3rd place. They overcame Tondela and again had their academy star and PortuGOAL Figure of the Week Jovane Cabral to thank after another excellent performance.

Cape Verde-born Jovane came through Sporting’s famed Alchochete academy and the 22 year old looks to be the one of the latest of many success stories that the Lisbon club has produced in recent years.

Not the tallest, Jovane’s 5ft 8ins height is however supported by a fairly stocky frame and this being coupled with excellent technical ability ensures he is a nightmare for defenders to deal with out wide, whether it be cutting in from the left flank onto his favoured right or providing a more direct outlet on the opposite side.

A big attribute of his though has been hugely highlighted since the Liga NOS restart and that is his efficiency from dead balls. On Thursday night Tondela felt the brunt of this particular ability as early as the 13th minute as Jovane stepped up to curl in a sublime free kick past a motionless Cláudio Ramos.

A sensational effort, following up his superbly struck set piece only days earlier against Paços Ferreira.

Sporting went 2-0 up through Andraž Šporar’s penalty not long after as the hosts dominated. Jovane proved a continued threat to Tondela throughout as he continued to play with confidence, and arguably should have doubled his own tally in the 36th minute but he couldn’t quite impart enough curve on his effort after he had done well to win the ball high up the pitch.

Sporting and indeed Jovane’s level of performance faded as the match wore on but ultimately the Lions got the job done to wrap up the 3 points and reclaim third place in Liga NOS.

New Sporting manager Rúben Amorim appears to be committed to leading a youthful revolution in giving many of the club’s academy products more and more chances in the XI, and Jovane appears to be leading from the front in this respect, undoubtedly looking the team’s sharpest since the restart.

Jovane certainly has more experience at this level than some of the more recent inductions to first team action such as Nuno Mendes and Eduardo Quaresma and this could prove pivotal as Sporting look to push on from a disappointing campaign and secure the top three spot which they presently occupy.

Still plenty for the Cape Verdean to improve on in his game but without question his development will be one to watch in the coming seasons in Portugal.