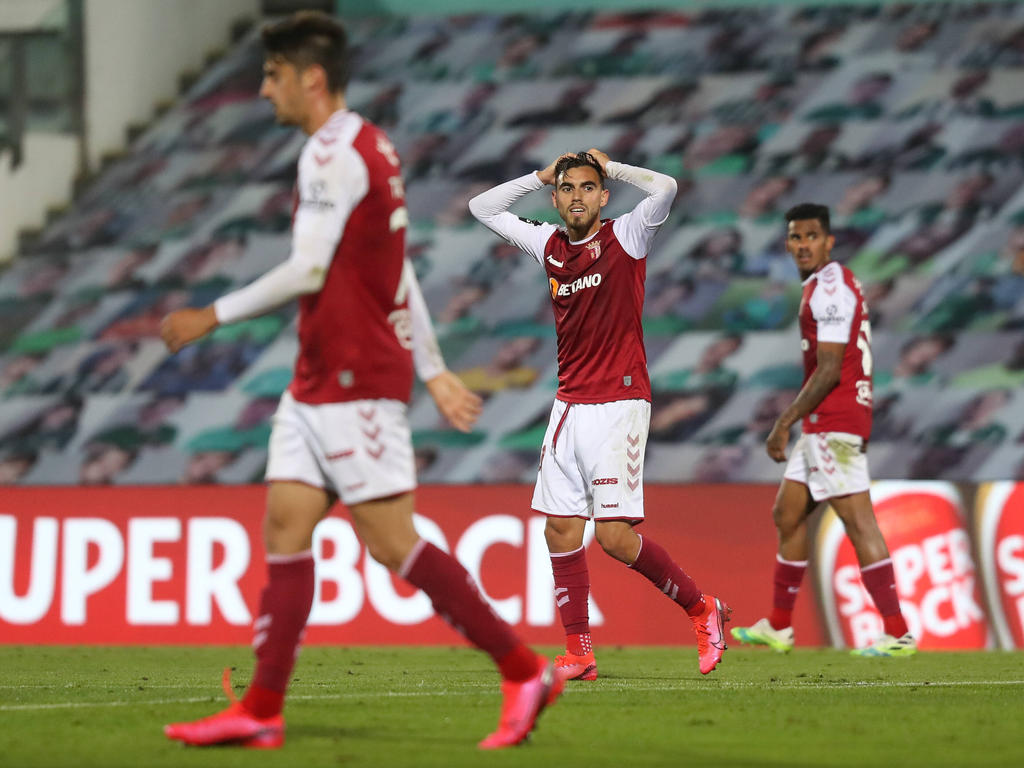 Sporting have increased the gap between third and fourth place to five points after a 2-0 home victory versus Gil Vicente was complemented with Sporting de Braga’s 4-3 defeat to Rio Ave.

A seven-goal-thriller at the Estádio dos Arcos, tipped in Rio Ave’s favour by Mehdi Taremi's late penalty, enabled Carlos Carvalhal’s side to move within touching distance of fourth-placed Braga, who, as a consequence, said their goodbyes to recently-appointed coach Custódio.

Defeat for Rúben Amorim’s former side meant he could take advantage in the race for a podium finish, just five games away from the end of the season, with goals from Wendel and Gonzalo Plata securing another positive result for Sporting at the Alvalade on Thursday night, winning 2-1. PortuGOAL has more from Matchday 29.

Braga have been looking up at Sporting and a third-placed finish for a hot minute now but a meeting with Rio Ave in Vila do Conde, just five points away from the Arsenalistas before kick-off, was sure to prompt them to look back over their shoulder too, as Carvalhal’s side eye a strong finish to the season.

The remedy for both issues was the same and it was provided first by Paulinho in the 21st minute, breaking the deadlock by adding the finishing touches to a sweeping Braga counter-attack.

Ricardo Horta doubled the visitors lead in the 27th minute with a well-placed free-kick but that was all undone by a two-minute salvo at the other end, as Nuno Santos assisted Mehdi Taremi for a close-range finish before the winger fired in a goal of his own, on the volley, in the 36th minute.

Nuno Santos had more in his locker, laying off a first-time pass for on-loan Sporting man Gelson Dala to slam home on the half-volley and give Rio Ave a 3-2 advantage going into break.

The second period reserved all the drama for the final 10 minutes of the game, with Paulinho nodding in what appeared to be the equaliser at the back-post from Galeno’s crafty cross.

There was a sorry end in store for Braga fans, however, after Rolando’s clear handball in sight of his own goal earned him a red card and conceded a penalty to the hosts deep in stoppage time. Rio Ave trusted Taremi and the Iranian made no mistake, clinching all three points in a 4-3 blockbuster.

Celebrating 114 years of existence, Sporting looked to the future, in search of three more points that would set them five points clear of fourth-placed Braga in the hunt for a top three finish, as midtable Gil Vicente came to town.

Persistence from Wendel was the telling difference in a tight first half, edged by Sporting after the Brazilian’s 21st minute strike was directed in off a deflection.

The Brazilian midfielder should’ve made it 2-0 coming into the second half after Plata set him free, one-on-one with the keeper, before the ex-Fluminense man aimed his strike centrally and attracted a save from the goalkeeper.

Plata would be less forgiving in the 49th minute, taking advantage of sloppy play at the back from Gil Vicente to tuck home a second goal for the Lions against Vítor Oliveira‘s team.

Half-chances at either end threatened to alter the score that, following Rúben Ribeiro’s late spot-kick in the 89th minute, rounded itself off at 2-1 in Sporting’s favour, registering the Lisbon outfits’ fourth consecutive victory.

Excellent game by Sporting and wasn't half the team teenagers? Any Sportinguistas on here? What are their thoughts on such a young team?
I think this deserves a blog!

Hi Superknown, funny you should ask that. Article being prepared as we speak about the Sporting kids. Will be published in a couple of days. Keep up the comments!

Wot up Tom, I look forward to it! Thanks