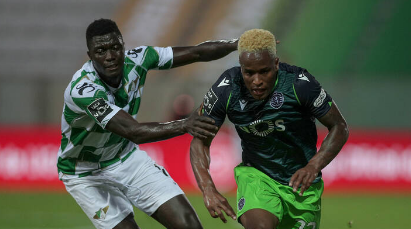 Sporting de Braga’s hopes of a top three finish have been kept alive after Sporting’s six-point advantage was cut to four, following tonight's goalless draw away to ten-man Moreirense. The Arsenalistas, in action first on Saturday night, were able to apply pressure on the on-song Lions with a 4-0 victory at home to Desportivo das Aves on Artur Jorge’s debut. Sporting would fail to follow up on Braga’s antics in their uninspiring performance against Moreirense, dropping points for the first time since their comeback fixture.

Finishing third in Portugal brings the prize of automatic qualification for the group stages of the Europa League without the need to go through qualifying, therefore greatly facilitating preparations for 2020/21. A visit to https://soccer-betting.pro/ will prove profitable if you know who will claim the podium finish out of Braga or Sporting.

Already a relegated outfit, Aves were out playing for pride against a Braga side hoping for a much-needed boost in form, inspired by Artur Jorge’s promotion to head coach after managing the B Team for a handful of months.

The visitors claimed the first big chance with an early header against the post before Braga, throughout a goalless first half, gradually began to turn the screw.

Just two minutes into the second period, Rui Fonte had Braga a goal up, paving way for a quick-fire second from Ricardo Horta, finding the bottom corner with a measured strike from outside the box.

Abel Ruiz placed the game beyond Aves’ reach in the 82nd minute, finding the very same corner of the goal before assisting the fourth of the night with a cute back-heel across the area, eventually finished off by Paulinho for 4-0.

A couple of surprise omissions for Wendel and Eduardo Quaresma led Sporting out at Moreira de Conegos, facing no light task in their away game against 8th-placed Moreirense in the renewed race for a top three finish.

The absences may well have been felt through a difficult half for Sporting, locked at 0-0 going into half-time, but an early red card for Moreirense’s Rafik Halliche promised to open things up a little more coming into the second period.

Sporting were limited to just a handful of half-chances, however, causing most of the danger through Andraž Sporar and Wendel with shots straight at Pasinato, as a scraped penalty claim from the Lions drew the curtains on a 0-0 draw.

Credit to Moreirense they killed our creativity even with a man less I never truly believed we would win. I think this game clearly shows we need a match decider, if we still had Bruno Fernandos he would've unlocked the defense but Sporting don't...

Credit to Moreirense they killed our creativity even with a man less I never truly believed we would win. I think this game clearly shows we need a match decider, if we still had Bruno Fernandos he would've unlocked the defense but Sporting don't have a player who's willing to or is good enough to make the difference.

Sure Sporting had a 50/50 chance of getting a penalty but it would been harsh for Moreirense to lose that way.

But its nice to see Ruban playing the youngest we have so I'm not complaining.

You might not have that (consistent) difference maker yet but Jovane, Plata and Nuno Mendes look useful.
It was an entertaining game and things are looking bright at Sporting.