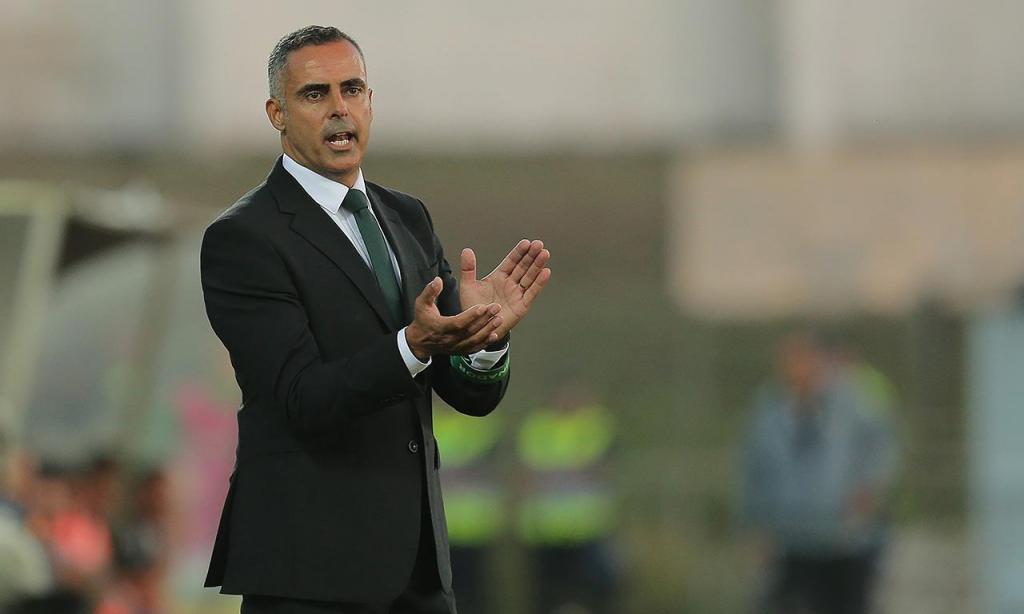 Indications of how Liga NOS 2019/20 will finish up grew ever clearer after matchday 31, in which Porto moved to within touching distance of the league title, defeating Tondela to move clearer of a faltering Benfica side that was held to a draw by Famalicão.

It is down at the bottom of the division where there was considerable sigh of relief breathed by a number of teams in confirming their top flight status for the next campaign. Among them was a recently rejuvenated Marítimo, whose coach and PortuGOAL Figure of the Week José Gomes’ recent tactical switch has steered his side to safety.

At the relatively young age for a manager of 49 years old, José Gomes has already amassed an eclectic C.V. in the game. Beginning his fledgling coaching career with brief stints at current Liga NOS sides Moreirense, Paços Ferreira and Aves, Gomes then became former Porto boss Jesualdo Ferreira’s assistant with the Dragões before following him in projects across Europe to Malaga and then Panathinaikos.

Gomes then broke back out on his own and continued to globe-trot with spells in Hungary, Saudi Arabia and UAE, before returning to his native Portugal for a top job in the shape of Rio Ave. Some excellent work there got noticed in England as Championship side Reading snapped him up, although despite being a popular figure there once again his stay was relatively short.

Charged with rejuvenating an ailing Marítimo back in November 2019, Gomes has managed to help the Mariners navigate some considerable troubles to turn the team into Liga NOS survivors after some excellent recent form.

A trip to Boavista on Wednesday looked a tricky one despite Marítimo going into the game with consecutive victories and clean sheets, most notably in a 2-0 win over Benfica in Jornada 29. However Gomes’ recent blueprint proved successful once more as they made it three in a row at Estádio do Bessa.

Generally inconsistent form upon the league season resumption has partly been tactically cured by Gomes’ abandonment of his more traditional 4-2-3-1 formation to tighten up the defence and add in an extra centre-back, in this case utilising Serbian defender Dejan Kerkez to join the more established duo of Renê and skipper Zainadine Júnior.

While it may not always be easy on the eye there is no denying the system’s current effectiveness in terms of the output Marítimo have been getting. Indeed, they had to survive some early Boavista pressure but the team soaked it up and hit the home side cold in the 28th minute to take the lead.

20 year old full debutant Milson, who Gomes had blooded in from the start, found Joel Tagueu with a precise through ball and the Cameroon forward kept his composure to round Helton Leite and slot in. The flag was raised for offside but a VAR review confirmed the Marítimo forward stayed onside by a narrow margin.

Bruno Xadas came extremely close to doubling the advantage late in the first period, his sweetly-struck free-kick clipping the crossbar with Leite motionless.

Marítimo managed to open up a little in the second half and closed out the win in relative comfort, in no small part due to a Fabiano red card for Boavista. However, the islanders could well have added a few more goals to the tally were it not for some great goalkeeping from Leite, denying Milson and Zainadine Júnior most notably.

Not known as one of the more glamorous sides in the league, Marítimo though are Liga NOS mainstays and this status is now mathematically confirmed for another year after Portimonense’s loss.

The club hierarchy have admitted their pleasure and maintaining their top flight status but admit they want to be looking further up the table in the season to come. In recent campaigns Marítimo have been challenging for the European spots and potentially under a progressive coach like José Gomes this objective could become a reality in 2020/21.