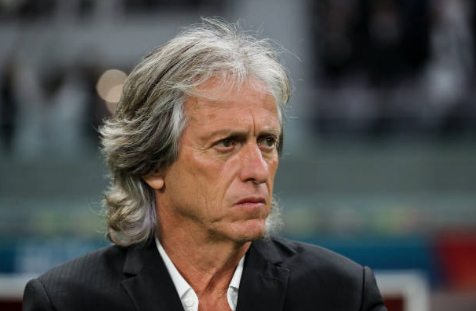 After several months of flirting with the concept, Jorge Jesus completed his anticipated return to Benfica last week, just five summers after crossing the Lisbon divide and swapping the Estádio da Luz for Alvalade, home to bitter rivals Sporting.

Although the memories pre-switch are fond and the CV, post-Flamengo, as enriched as it’s ever been, the manner in which Jesus departed from under the Eagles’ wings has never quite been forgotten, with the 65-year-old tasked with greater success back in the Portuguese capital to fully lighten the mood surrounding his limelight-soaking return.

But, as Benfica bow out of a disappointing 2019/20 campaign, just what will it take for Benfica, as well as Jesus, to conquer the Portuguese game again? And what are the implications if he doesn’t? Here are five queries looming over the coup.

With or without Jesus, the bare minimum expected of Benfica, Primeira Liga champion in six of the last ten seasons, is that they challenge and challenge well for the number one spot in the division. After bigging themselves up in the days of Jesus’ Sporting as the structure central to Benfica’s success, the board has since attracted its fair share of criticism, following three problematic campaigns.

The Red & Whites were overwhelming favourites back in 2018 against a FC Porto side that was tied to financial difficulties, ultimately losing out to the heart pieced together by Sérgio Conceição’s side. Benfica pinched the title back the following season, but not without succumbing to the sacking of two-time champion Rui Vitória, bound for Saudi Arabia, requiring his successor, Bruno Lage, to conjure up a miraculous comeback of 18 wins from 19 league games that took them two points ahead of Porto by the end of the season.

Underlying problems caught up with Lage in a dismal start to 2020, enabling Porto, despite strong investment made by holders in both transfer windows, to seal the title with a couple of league games to spare.

Benfica’s squad remains a strong one, however. Arguably, even, the strongest in the league and with the experience to match the success attained by Jesus over the years. The Portuguese manager’s organisational skills will do wonders to cover the Eagles’ frailties and his ability to squeeze out every ounce of quality from his players alone is enough to propel Benfica back to the top. Further investment rubber-stamps Benfica as a firm favourite for the season ahead.

Hopes on replicating that level of success on the continental stage, as Benfica so crave, are mixed, after failed campaigns beforehand. Jesus carries over the experience of capturing the Copa Libertadores with Flamengo, admitting to the realisation, mid-season, of just how important success beyond domestic affairs can be to the club and fans. 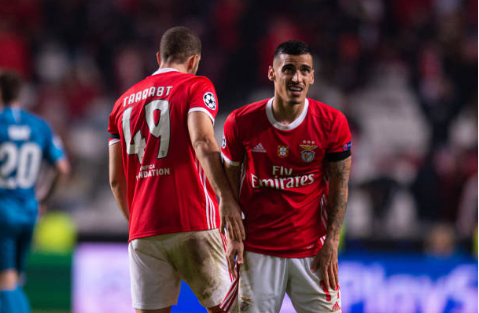 Having endured criticism in his past adventures in Portugal for not always taking midweek European escapades seriously, the same kind of realisation may be applicable at Benfica to appease a fan base eager to leave its mark in Europe again.

It helps that the bar has been set fairly low in the past five years since his initial reign as manager, with the Seixal outfit getting out of their Champions League group just twice and finishing rock-bottom of their group without a single point in the 2017/18 season.

By contrast, Jesus, who also only has two last 16 appearances to his name as Benfica boss, did at least take the Lisbon giants to two back-to-back Europa League finals, won by Chelsea and Sevilla in 2013 and 2014, as well as a semi-final versus Sporting de Braga two years prior.

However, in the same breath that brought forwards the admission of the importance attached to continental success back in Brazil, Jesus was quick to detail how he felt the Portuguese vision inclined itself more towards domestic success and ensuring you’re league champions first, offering a big indication as to where his priorities ultimately lie. For the heavy investment made in Jesus, however, just domestic may not suffice.

That spells an unwanted answer for the oft-talked about Seixal dream, once preached by club president Luís Filipe Vieira, back in 2018. “If Benfica are to ever fight to be European champions, it has to go through players of its academy,” the leader stated. “With our own identity, ‘the Benfica way’.”

Blooding youth hasn’t exactly been Jesus’ forté in past years, with scenes of a bright and highly-rated Bernardo Silva, confined at left-back, defining his appetite for giving younger players a chance. The silver-haired manager has always favoured a very consistent XI, reserving tactical surprises for bigger clashes, which has often made it difficult for youngsters to climb into the equation.

Still, there have been times where Jesus hasn’t been totally against the idea of handing out opportunities, as the rise of Gelson Martins at Sporting proved. Although not quite at the same level, chances were also given to a handful of Flamengo youngsters through 2019, boasting an academy of similar intrigue to that owed to Seixal as Reinier, now of Real Madrid, Thuler and Lincoln all featured.

None of the three really touched down at the scene when it came to the Libertadores, however, which won’t exactly bode well for Vieira’s initial vision for the club. The president’s own actions also bring the project into question, citing Gedson as one of the names central to the project, prior to loaning him out to Tottenham Hotspur with a view to a permanent deal, last January. Julian Weigl was signed in the same month, much to the demise of Florentino Luis. Rui Vitória was also touted as the heart of the operation, just months before being sacked.

Meanwhile Lage’s mannerisms aligned with Vitória’s somewhat, Jesus has very different managerial characteristics, making it unclear just how many of Seixal’s talented bunch will be given the chance to stamp their authority, or even if the academy is still in the conversation.

The task of those hopefuls at youth level won’t be helped by the possibility of new, swanky arrivals walking through the door, this summer, ready to replenish the squad in the way Jesus sees fit. 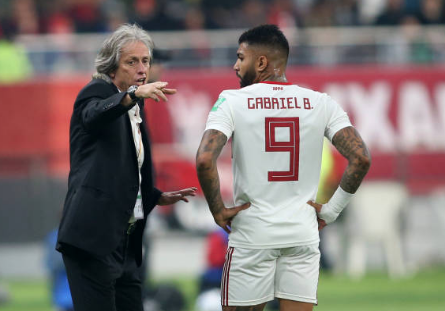 Portuguese clubs are prone to heavy, player-filled windows already, which goes hand-in-hand with the Brasileirão champion’s approach, left happiest when able to work with a plethora of options within his ranks.

At the moment, the names are as big, if not bigger and more expensive than the man himself, ranging from potential reunions for Gabriel Barbosa, Bruno Henrique and Léo Duarte, long-time transfer window flames like Robin Koch and even the outlandish interest in Edinson Cavani and ex-Sporting man Islam Slimani.

The Eagles are bound to get a few deals over the line, not necessarily from the aforementioned list, which is sure to ramp up the pressure on Jesus, already costing the club a fortune to hire, as well as Vieira, conducting the high-risk operation after surge in opposition to his administration.

Heading for the exits

Much like the sheer number of arrivals, there’s always plenty more going the other way too, and strong investment in a squad battling to get back to the top again will subsequently pave way for a number of exits.

Jesus is, without a doubt, a difficult character to read, so it’s tricky to identify just which players he does or doesn’t see a future in. Following the arrival of Pedrinho from Corinthians, competing for places with Pizzi on the right flank, two of the more obvious candidates to leave will be the high-earning Andrija Zivkovic and Jota.

Rejigs in the frontline are to be expected too, given the names circulating in the papers, which leaves the likes of Dyego Sousa and Haris Seferovic as potential weak links.

The summer, as well as the season, promises to be as gripping as ever, much of it owed to the stardom belonging to Jesus on Portuguese shores. But for all of his credentials, the gamble taken by Vieira is a visible one, holding both financial and potentially harmonious consequences. Time will tell whether it was the right one, or even, as the pressure mounts at the upper echelons of the club, the last one the Benfica president is trusted with taking.

Q6. Will mullets ever come back into style?