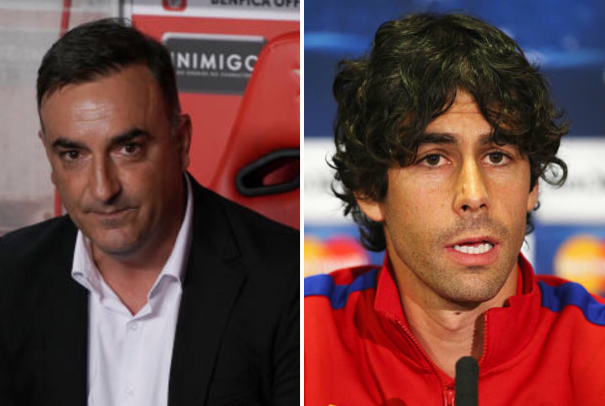 Sporting de Braga and Vitória de Guimarães have readied plans for the 2020/21 season following the prompt appointments of new managers, with the Arsenalistas calling on Carlos Carvalhal for the top job prior to ex-Portugal international Tiago Mendes taking over at their local rivals.

After success with Rio Ave, qualifying for the Europa League with a fifth-placed finish, Carvalhal makes the short journey north to pen a two-year-deal with his former club Braga, meanwhile Tiago, also tied to Vitória until 2022, takes his first steps in the managerial world.

Braga made their move after a turbulent season that saw them hire three different managers, Ricardo Sá Pinto, Sporting’s Rubén Amorim and Custódio, before concluding the season with Artur Jorge in charge, promoted temporarily from the Under-23s.

Now with automatic qualification to the Europa League in the bag, the perennial top-three chasers have turned to Carvalhal in what was described by club president António Salvador as Braga’s preferred choice for the job.

At his unveiling, the ex-Sheffield Wednesday and Swansea City manager was quick to lay down a few core expectations, stating that “Braga will go eye-to-eye [with their opponents] in any stadium.”

“We’re going to propose an audacious style of play, so that our players evolve,” Carvalhal added. “Our objective will be to win the first game. But we’re not fans of winning at any cost, we’re fans of good football.”

The born-and-bred Braga man, once a player for his boyhood club, also recalled his less than successful stint as manager of his latest employers, back in 2006, citing the struggles his family went through in handling expectations.

However, Carvalhal now reveals that his children were central to his comeback to the Estádio Municipal de Braga, convincing him to have a second crack of the whip. “They pushed me,” Carvalhal says. “I’ve never gone against my family’s will, so the decision to return to the club of my heart was a relatively easy one.”

Sharing ties with Carvalhal as a former Arsenalistas player but without a fraction of his managerial wealth is Tiago, spearheading a like-minded project at bitter rivals Vitória after a short spell within Diego Simeone’s coaching staff at Atlético Madrid.

Best known for his days as a player at Atléti, claiming the La Liga title in 2014, the cultured midfielder commences his first adventure as a manager, succeeding Ivo Vieira after a captivating, yet fruitless season in 7th place.

Prior to joining Vitória, Tiago was linked with the Mestalla B job, Valencia’s reserve team competing in the Spanish Segunda División B. Instead, the 39-year-old, still after the UEFA A coaching badge required to manage freely in the Primeira Liga, beats off supposed competition from ex-Benfica man Bruno Lage and Santa Clara’s João Henriques to land a role with the Vimarenses.

The former Benfica and Chelsea man will already have new faces to work with, headlined by 19-year-old Yann Aurel Bisseck, on loan FC Köln, meanwhile Braga have also moved quickly in the market, welcoming back ex-Sporting winger Iuri Medeiros from FC Nürnberg, also on a temporary basis with a view to a permanent deal.