Benfica finalise triple swoop ahead of the new season 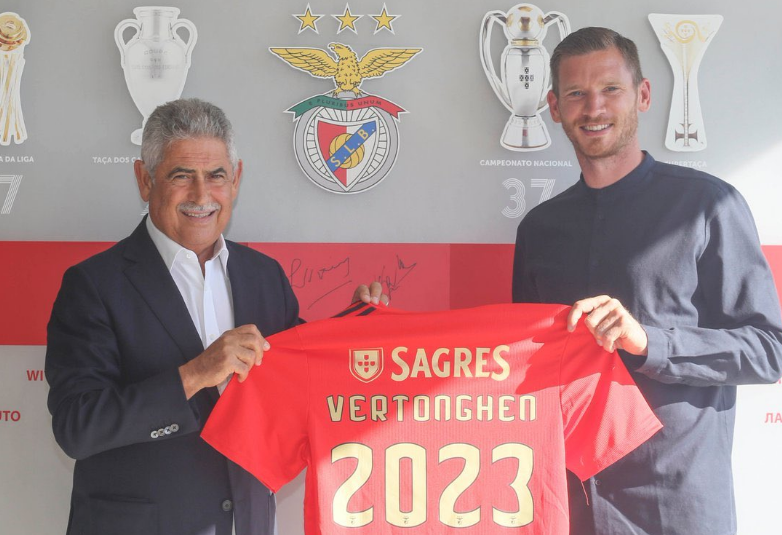 Benfica have fired up the buzz around preparations for the new season with a triple swoop for Tottenham Hotspur’s Jan Vertonghen, SC Freiburg striker Gian-Luca Waldschmidt and Grêmio star Everton Cebolinha.

The Eagles had been in negotiations with the trio for a number of weeks and they now headline a list of signings under Jorge Jesus that totals six new faces, following the buys of Pedrinho, Gilberto and Helton Leite.

Vertonghen joins Benfica after eight years in North London, representing Spurs before leaving José Mourinho’s team on a free transfer at the age of 33.

The Ball-playing centre back, still very much a regular for Belgium after 118 caps for the ‘Rode Duivels,’ lands himself a three-year-deal at the Estádio da Luz, where he’ll compete at the heart of defence with the likes of Ferro and Jardel alongside the coveted Rubén Dias.

Everton, alongside the €20 million already spent on Corinthians’ Pedrinho, represents Benfica’s most expensive purchase after joining from Grêmio on a five-year-contract to enrich Jesus’ Brazilian contingent.

The tricky winger, who’s amassed 273 appearances for the Porto Alegre outfit, caught the eye in 2019, where he’d attract interest from the likes of Barcelona, Arsenal and namesake club Everton, in the Premier League.

Not only does Everton boast the tag of being Jesus’ first priority signing but he also claims Benfica’s biggest-ever agreed release clause, set at €150 million in a bid to keep Europe's elite initially at bay.

From Jesus’ desires to an old Benfica flame, the signing of Waldschmidt completes the Lisbon outfit’s spectacular transfer market hat-trick, after more than a year of speculation. The creative centre-forward hit the headlines for Germany in the Under-21 European Championships, where Waldschmidt’s seven goals in four games powered his nation to the final.

For Freiburg, last season, the 24-year-old’s record was far more humble with seven goals and three assists in 23 Bundesliga games, but that hasn’t deterred Benfica from forking out €15 million on the former Eintracht Frankfurt youngster.

With training already underway ahead of the qualifying rounds of the 2020/21 Champions League campaign, the Eagles now hold out for the capture of Paris Saint Germain’s Edinson Cavani, also available on a free transfer and heavily linked with Benfica over the past month.

Glad to see exciting players like Everton wearing the vacant No. 7. It's perfect that Vertonghen wear No. 5 as that's what he was wearing at Tottenham. I also don't mind Waldschmidt wearing No. 10.

Glad to see exciting players like Everton wearing the vacant No. 7. It's perfect that Vertonghen wear No. 5 as that's what he was wearing at Tottenham. I also don't mind Waldschmidt wearing No. 10.

I don't know what squad numbers Gilberto Junior and Pedrinho are going to wear, but I hope they don't keep No. 2 or 4 or 5 or 9 vacant anymore.

It would be nice to see Cavani come in and wear No. 9.

Benfica really need to keep their squad numbers in perfect order according to the starting IX.

Read More
Dhazer
There are no comments posted here yet