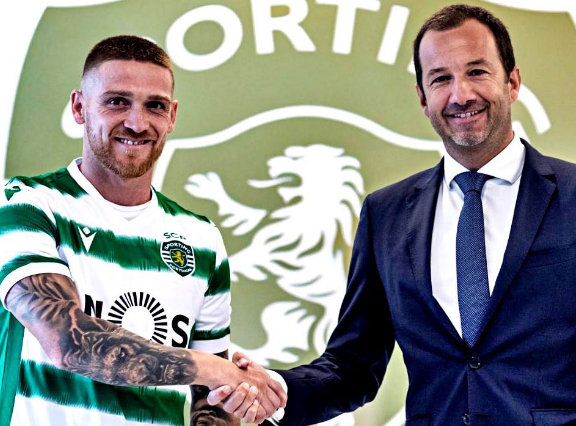 Sporting have announced their first couple of signings ahead of the new season after completing a double-swoop for Portugal international Vitorino Antunes and Manchester City’s Pedro Porro.

The Lions take Antunes off Getafe’s hands after the left-back’s contract with the La Liga club came to an end, meanwhile Porro joins Rubén Amorim’s side on a two-year-loan, with a view to a permanent deal, after a season with Real Valladolid in his native Spain.

Capped 13 times for Fernando Santos’ Portugal, becomes one of Amorim’s first forays in the market after falling out of favour in the Spanish capital upon a serious ligament injury, making just one league appearance behind Mathias Olivera and ex-Barcelona man Marc Cucurella.

Now 33-years-old, the former Dynamo Kiev and Paços de Ferreira wing-back adds to a wealth of options on the flanks, signing a two-year-contract with the Estádio José de Alvalade outfit.

After a loan spell with Valladolid, ex-Rayo Vallecano man Porro, yet to feature for City since his £11-million-switch from Girona in 2019, takes on his first experience outside of Spain after agreeing to a two-year-loan.

The Spain Under-21 international, aged 20, made 13 La Liga appearances for the ‘Albivioletas’ last season, with his arrival potentially spelling the end for the likes of Valentin Rosier and Stefan Ristovski, both tipped to be moved out of the green half of Lisbon, this summer.