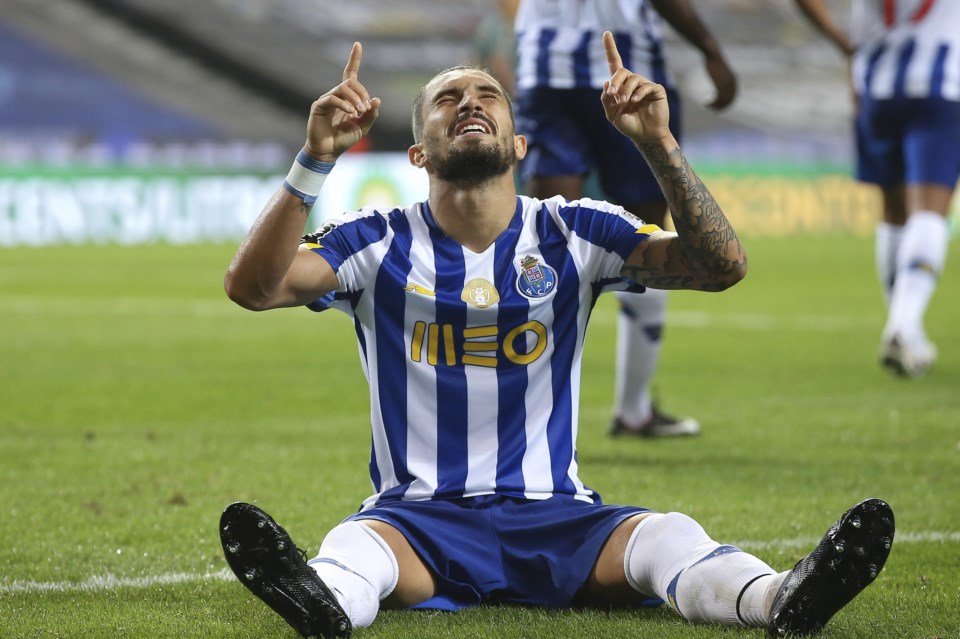 After a truncated hiatus Liga NOS returned for season 2020/21 this weekend as the action remained behind closed doors due to the global pandemic.

Nacional made a thrilling return to top flight action in their 3-3 with the ambitious Boavista, while fellow new boys Farense tasted defeat to Moreirense.

The top of the table already has a familiar feel to it though as Benfica hammered Famalicão to sit atop the fledgling rankings, with defending champions Porto not far behind after a good win over Braga.

The Dragões were inspired by another terrific display by Brazilian defender Alex Telles, who is the first PortuGOAL Figure of the Week of this campaign in what might prove one of his final matches for the club.

27 year old Alex Telles finds himself in high demand amongst some big clubs across Europe right now and correctly so. Ever since signing for Porto from Galatasaray back in 2016 he has been one of the division’s finest and most consistent performers, and has just recently fought his way into the international reckoning with Brazil.

A superb attacking outlet from left back, while his defensive abilities are perhaps not his strongest suit he has shown improvements in the area having arrived at Porto with something of a reputation of being decidedly susceptible in this part of his game.

One of his biggest attributes is his set piece and crossing, and the latter was particularly prominent in an exciting first half in the champions’ tough opening fixture of their title defence in facing Braga. The away side had taken the lead through André Castro but Telles nearly helped drag his side level in the 37th minute, a stunning ball into the box from a very deep position on the left was lifted over the bar by the arriving Jesús Corona.

He would get his assist though right on half time as Porto levelled the match. Another excellent Telles delivery was this time met by Sérgio Oliveira’s header, which flew past Matheus in the Braga goal.

This was Telles’ 56th assist for the club, a quite astonishing statistic for a player of his position, reflective of what an attacking weapon from deep he can be. Even deeper into first half stoppage time Porto managed to steal the lead. Moussa Marega was fouled in the box, and Telles, so reliable from the spot, proved so once again in firing confidently into the corner.

Telles’ penalty prowess has largely contributed to him becoming the top scoring defender in the club’s history, an accolade he obtained during this match. Towards the end of a hard-fought second half he had the chance to double his tally for the day and seal the win for Porto. The Brazilian stepped up to the spot after debutant Mehdi Taremi had been brought down and sent Matheus the wrong way to make it 3-1 in the 89th minute.

If the match does indeed prove to be a goodbye to Porto then this was a perfect encapsulation of what he has brought to the team. Deadly from set-pieces, and his quite unique whipped crossing style have been potent assets in helping Sérgio Conceição’s team to domestic success in the past few seasons.

Manchester United and Wolves appear to be the front runners for the player’s signature, with the former seeming the more likely to add Telles to their ranks. Around his peak at 27, his contract with Porto runs out next summer so the reduced fee in terms of what he is truly worth should be a no-brainer for the Premier League side to do everything necessary to get him, he’ll be missed on Portuguese shores if he ends up swapping blue and white for red.