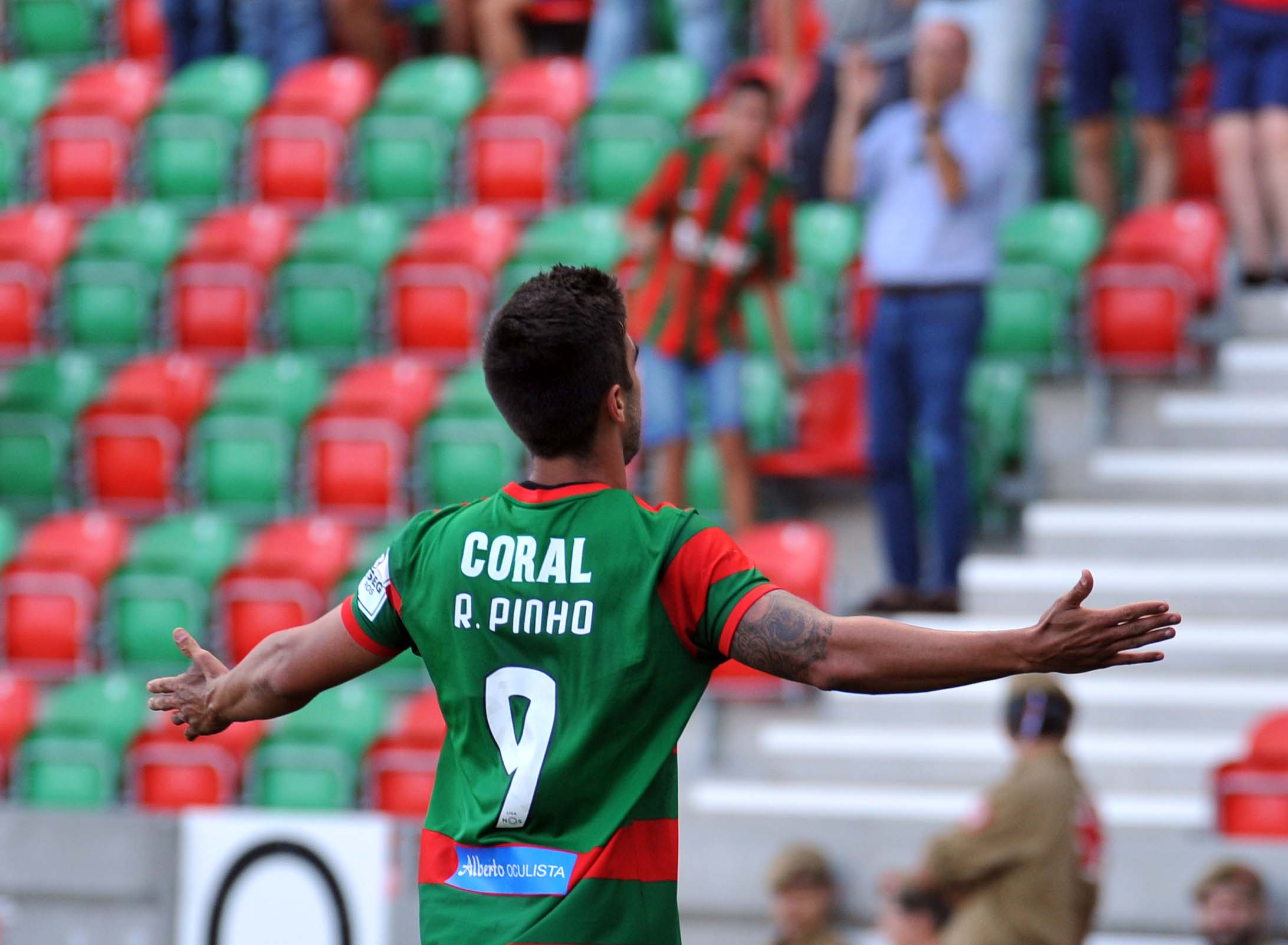 Round two of Liga NOS 2020/21 saw title challengers Porto and Benfica keep up their excellent domestic starts with comfortable victories over Boavista and Moreirense respectively.

Sporting and Gil Vicente actually began their league campaigns at the weekend having had their own contest postponed last week. The Lions overcame Paços Ferreira while Gil Vicente defeated Portimonense.

Contrasting fortunes for the new boys as Farense lost a second match running, losing to fellow promoted side Nacional.

Nacional’s neighbours Marítimo got their first win of the campaign thanks to PortuGOAL Figure of the Week Rodrigo Pinho, their top scorer of the previous season proving deadly in front of goal again in downing Tondela.

German-born Brazilian Rodrigo Pinho has been on Portuguese shores since 2015 after arriving at Braga from Madureira Esporte Club. He was not fully able to impose himself with the Arsenalistas, spending a year on loan with Nacional before then returning to Madeira permanently with Marítimo in the summer of 2017.

Overall the 29 year old has been a quietly effective player in Portugal, registering 11 goals last season which is a reasonable return given the relative paucity of attacking chances that Marítimo tend to create.

His preparation for this campaign has been hampered by an injury, having to settle for a place on the bench for last week’s opener against Santa Clara. A toothless attacking team display unsurprisingly led to Pinho being recalled to the starting XI for Saturday’s home match with Tondela and manager Lito Vidigal was richly rewarded for his team selection.

Vidigal swapped out the unsuccessfully deployed 3-4-3 setup from Jornada 1 to revert to a more traditional 4-3-3 with Pinho the focal point of the attack. From the off the striker looked sharp in his more favoured system, getting in behind the Tondela defence and thumping the ball into the net in the 18th minute, only to see his effort disallowed by a correct offside decision.

Pinho would not be denied in the 34th minute though as he broke the deadlock. A well-worked team move saw left back Fábio China cross into the box, and Pinho was there to control and stab a finish past Tondela keeper Babacar Niasse.

Marítimo and Pinho’s task soon got much harder though as the home side were reduced to ten men following China’s dismissal, and Tondela made the extra man count with an equaliser just before half time.

However with the whistle approaching Marítimo then re-took the lead. Pinho worked hard to make something of quite an aimless throw-in, before then managing to find himself in the right place to finish off his chance once Niasse had made two saves to deny Jean Irmer and Edgar Costa respectively.

The build-up to the goal was very scrappy but Pinho’s part in the play was anything but, impressively keeping his composure with Tondela defenders scrambling back to coolly slot into the corner.

The second half largely resembled “backs to the wall” stuff for Marítimo as they sat deeper with their player disadvantage, including resorting to some typical Portuguese time-wasting on more than one occasion.

Marítimo closed the game out though to pick up a valuable three points to get their season off and running.

Pinho’s contribution faded in the second half quite predictably given the circumstances of the match, but overall the game offered an interesting snapshot into the Brazilian’s role in this team. The islanders are not a free-flowing attacking side by any stretch of the imagination meaning Pinho does not generally have much to work off in the way of goal-scoring opportunities, rendering it that much more important that when they come his way, he takes them. He did just that this weekend.

Early days yet but last season’s top scorer is off the mark with a brace and his all-round game is looking in good shape. If he keeps this up this form there’s every chance Marítimo can aim beyond 19/20’s 11th place finish and dream of the top half and beyond.