PortuGOAL Figure of the Week: Galeno at the double as Braga trounce Tondela 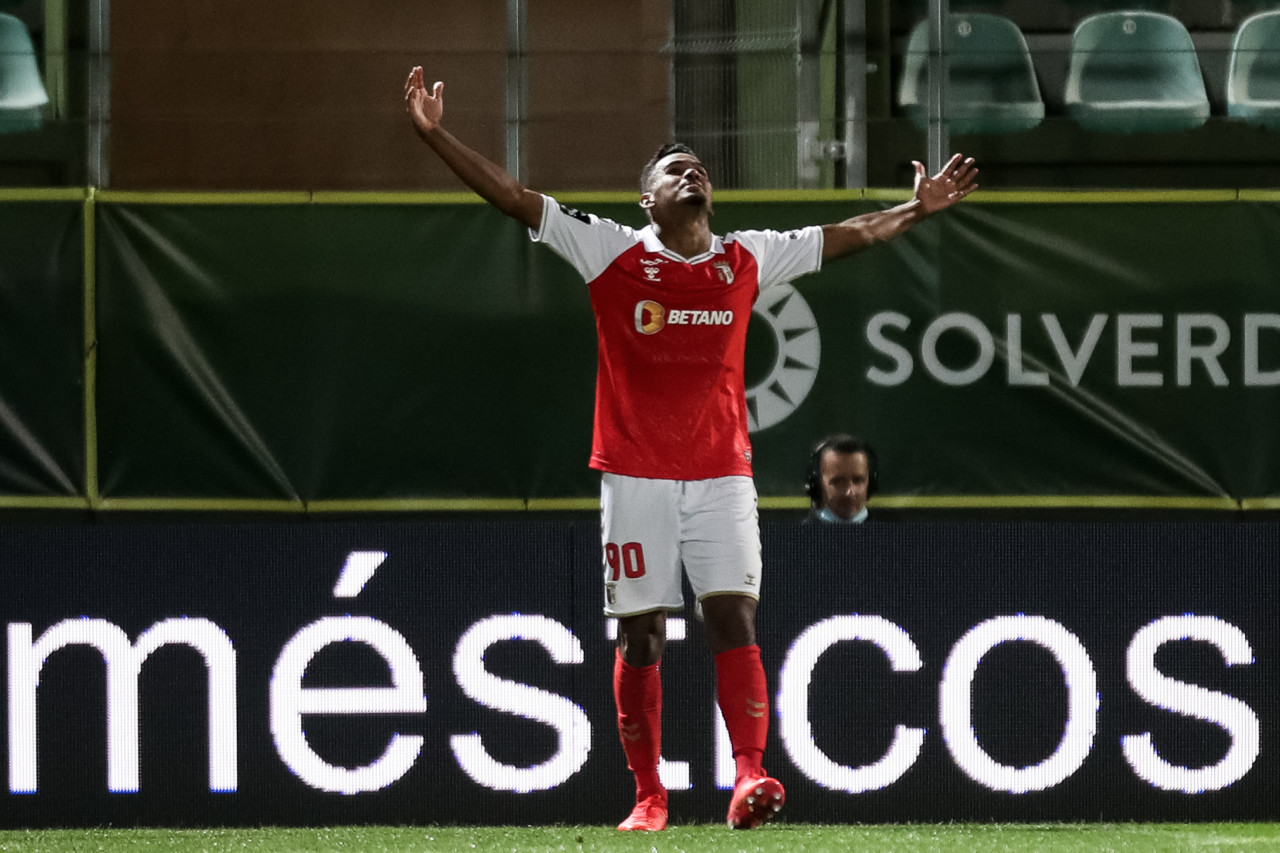 The last Liga NOS round before the international break saw no shortage of drama as defending champions Porto were stunned on their own turf in losing to Marítimo. Benfica profited but were made to work in overcoming newly-promoted Farense.

Sporting continued their good belated start with another win and clean sheet against Portimonense, while Farense’s fellow newcomers Nacional stayed unbeaten after drawing with Belenenses SAD.

One of the other surprises this season has been Braga’s false start, the side finding themselves at the wrong end of the table after consecutive defeats. They bounced back this weekend though as PortuGOAL Figure of the Week Galeno inspired them to a thumping victory over Tondela.

Wenderson Rodrigues do Nascimento Galeno, or simply “Galeno” as he is more commonly referred to on Portuguese shores, is a young player that has shown real steady improvement in Liga NOS in the past few seasons. The former Porto youth player never got a chance to shine at Estádio do Dragão but flourished in a loan spell with Rio Ave in 2017/18, convincing Braga to pick him up the following summer on a permanent deal.

He largely excelled for Braga last season, ending the campaign with 7 goals and 11 assists, as well as a Taça da Liga winners medal. The Arsenalistas changed coaches this summer with the arrival of Carlos Carvalhal, who initially has not seemed to fancy Galeno too much, using the Brazilian sparingly in pre-season and the opening two matches.

Braga lost both of those opening games, prompting significant changes to the formula. One player to profit from the shakeup was Galeno himself as he made his first start of 2020/21 in their match at Tondela on Saturday and he richly rewarded his manager with a devastating first half display.

Stationed in his favoured left wing role, Galeno benefited from Carvalhal abandoning the previously unsuccessful 3-4-3 as he terrorised the Tondela defence from the off. As an attacking unit Braga looked so much slicker than in earlier matches, and were rampant in putting the game to bed before half time.

Galeno got himself on the scoresheet to double Braga’s lead in the 26th minute, the away side having earlier gone ahead through defender Bruno Viana. Galeno expertly brought down Iuri Medeiros’ extravagant cross-field pass and attacked his full-back at pace, before his pass originally aimed at team-mate Ricardo Horta was cut-out, but the Brazilian winger pounced upon the loose ball and flashed a low drive past Babacar Niasse.

Three minutes later it was 3-0 as Galeno switched flanks and switched roles from goalscorer to provider. Filipe Ferreira failed to clear his lines and Galeno pounced on the error, cutting back for Ricardo Horta to simply tuck home.

Just before the break Galeno doubled his goal tally and well and truly put the contest beyond Tondela. Not usually known for his aerial prowess, the Brazilian arrived at the back post of Medeiros’ corner kick to power a header past Niasse for 4-0.

The contest somewhat predictably meandered to an unmemorable finish in the second period as Braga ran out comfortable winners with the job being completed in the first half.

Braga’s squad is shaping up well on paper even if the start to the campaign has not been as hoped. In particular, it is in attacking areas in which Carvalhal has an embarrassment of riches to choose from with the likes of Galeno, Ricardo Horta, Iuri Medeiros and the presently injured Nico Gaitán still to competitively debut with the team.

Given the aforementioned list and his prior lack of minutes it appeared that Galeno’s time at Braga could have been up this season but against Tondela he provided a timely reminder of the excellent qualities he possesses, and he now looks like he will play in integral role in what fans will hope can be a progression for the club after an encouraging 2019/20.