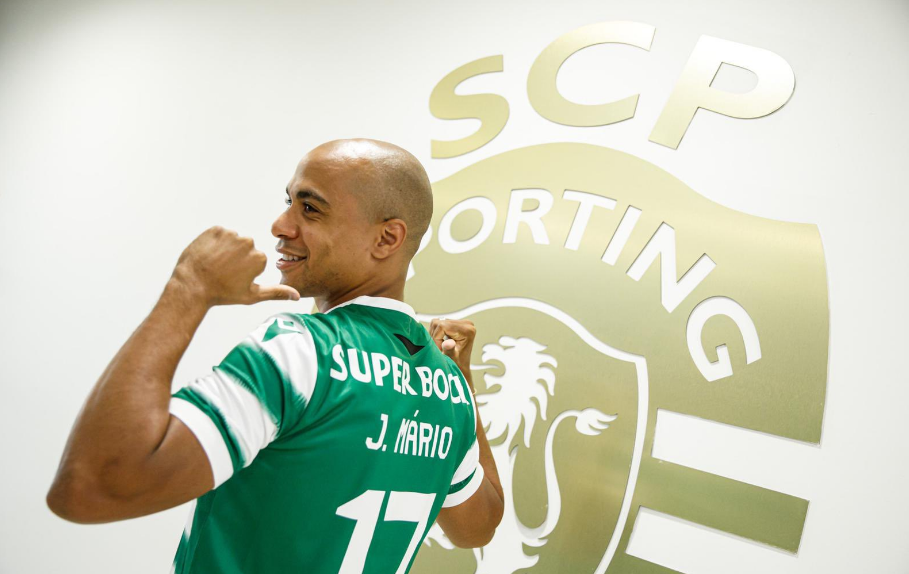 After a summer unlike any other within the footballing spectrum, a chorus of whispers and rumours were at last silenced by the closure of the transfer window.

In typical fashion, movement within Portuguese shores proved to be as frequent as ever, despite expectations of a more muted pandemic-induced showing, with all three of the nation’s elite, among others, making readjustments to their squads on deadline day. Keeping you up-to-date with the ins-and-outs, PortuGOAL brings you all of the major deals marking a frenetic day of negotiations in the Primeira Liga.

Hectic comings and goings at Porto

Headlined by high-profile exits, Liga NOS title holders FC Porto were the big movers going into the final hours of the transfer market. Increasing pressures to balance the books and fears of contract rebels led to the relatively abrupt exit of Danilo Pereira, joining Paris-Saint Germain on a €4-million-loan with an additional obligation to buy, valued at €16 million.

Once linked with a switch to the French capital, the Dragons’ main source of income came from Alex Telles’ anticipated switch to Old Trafford, joining Manchester United for little less than €20 million ahead of the end of his Porto contract in 2021. The departures opened the doors for Felipe Anderson to make his unexpected move to Portugal, joining on loan for a season from West Ham United.

Out of favour under David Moyes in East London, Anderson last impressed in his debut campaign in England after joining the Hammers from Lazio in 2018, scoring 10 and assisting five in 40 games all season.

Aged 27, the ex-Santos winger now joins Porto alongside a direct replacement for Danilo, also from the Premier League, in the form of Liverpool's Marko Grujic. Arriving on loan after similar spells in the Bundesliga with Hertha Berlin, the towering midfielder came complete with the signing of Chelsea and ex-OGC Nice defencer Malang Sarr, months after joining the Blues, in a hat-trick of loan deals for Porto.

A hero for Marítimo over the weekend at the Estádio do Dragão, Nanu, after being linked with a switch to Sporting de Braga, was also snapped up by Porto for an undisclosed fee. The right-wing-back’s arrival sentenced the highly-rated Tomás Esteves to a loan deal with Championship side Reading, holding the option to make the deal for the 2019 UEFA Youth League champion permanent.

Cape Verdean striker Zé Luís was one of the final players to head for the exits after just a season with the northern outfit, making a €5-million comeback to Lokomotiv Moscow, meanwhile Yordan Osório also called time on his stint with the Blue & Whites by joining Parma on a permanent deal.

From Barça to Benfica

Jorge Jesus’ big wish going into the final day of the transfer window was the signing of a new centre-back for Benfica, following the eye-grabbing departure of Rubén Dias to Manchester City.

The Eagles hierarchy found their man in Barcelona hot-prospect Jean-Clair Todibo, who had attracted interest from a number of Premier League clubs before securing himself a move to the Estádio da Luz on loan, with a view to a permanent deal worth €20 million.

A product of the Toulouse academy, Todibo joined Barcelona as one for the future at the beginning of 2019 before failing to grab the eye at the Camp Nou, joining Schalke on loan a year later instead.

The 20-year-old was afforded just eight Bundesliga appearances for the cash-strapped Gelsenkirchen outfit, unable to land the pacey defender permanently, who'll now be hoping to get his career off the ground with the Eagles.

Across the capital, Sporting were rolling out the red carpet for ex-star João Mário, returning on loan from Internazionale after successive spells away from Italy at West Ham and Lokomotiv.

The versatile Portugal international looks a shoe-in to replace a Wendel-shaped hole created by the Brazilian's departure, leaving behind a €20 million transfer fee for the Lions to count after completing his switch to Zenit St. Petersburg. Sporting completed their summer dealings with loan deals for forgotten men Idrissa Doumbia and Abdoulay Diaby, picked up by La Liga duo Huesca and Getafe.

Just the clear-out going into the final day for Braga, after resisting offers for Paulinho and Bruno Viana. The once-treasured Bruno Xadas was allowed to gather a taste of first-team football with Belgian side Mouscron on loan, complete with a minimal buy-option, whereas Diogo Viana, just a year into his time with the Arsenalistas, terminated his contract with the club.

Elsewhere, there was a busy afternoon for Boavista, securing a temporary switches for Bologna winger Musa Jawara and Lazio’s Jorge Silva, brother of ex-Porto wonderkid Fábio Silva, to shore up the defence.

FC Famalicão made moves to polish up their own backline, landing Diogo Queirós on a free transfer to go with the loan deals for Frosinone forward Marcello Trotta and Dyego Souza from Shenzhen FC, formerly at Benfica, last season.

Reinforcements at the back proved to be the trend among the rest of the Primeira Liga clan as Rio Ave welcomed back Fábio Coentrão on a free transfer, just over a year after the Portuguese veteran had called it a day with the Vilacondenses, meanwhile Pedro Alváro commences his first venture away from Benfica, joining Petit at Belenenses.

Vitória de Guimarães closed out their window with a move for Sporting midfielder Miguel Luís, departing on a free after falling out of favour under Rubén Amorim, with there also being good news to spare for Gil Vicente fans, agreeing a second year on loan for Parma winger Yves Baraye.

Despite all the money Benfica spent this transfer window, I find myself unimpressed with most of the movements. I do think Everton was an interesting buy and do believe that Darwin could be something big (although for the price paid I’d expect a...

Despite all the money Benfica spent this transfer window, I find myself unimpressed with most of the movements. I do think Everton was an interesting buy and do believe that Darwin could be something big (although for the price paid I’d expect a more polished product so it is a mixed bag of feelings on that one).

The loading of Todibo is not one that interests me. And if interested a sum of 20 million? Wouldn’t pay Olympiakos 10 for Rúben Semedo but they are okay paying another unpolished youth player? Ugh.

As for Porto, I think their losses are much more noteworthy than their gains. It is true that Telles was on his final year, but how does this keep happening? Their is some seriously poor management going on there. Worse yet is Danilo. Their most crucial player is let go for a loan? The potential gains from getting past the group stage of the Champions League is better than what they were able to muster for a Danilo. Just awful.

Telles was mismanaged by Pinto Jr, who by all intents and purposes drove Antero Henrique out of the club and tales advantage of his senile father.

Pinto Jr is not an elected official and as such should be out the door at Porto. I have infinite...

Telles was mismanaged by Pinto Jr, who by all intents and purposes drove Antero Henrique out of the club and tales advantage of his senile father.

Pinto Jr is not an elected official and as such should be out the door at Porto. I have infinite appreciation for what PdC has done for Porto, but the last 6 years it's been about what Pinto can do for himself and his son.

Sporting are quietly getting to work. With no Europe to worry about, a good core of youngsters, some good acquisitions and a young coach in Amorim, Sporting have a real shit of winning the title this season.

As a Porto fan, I have to admit, it's due for them as having a strong Sporting can only help bring up Porto and Benfica.

I think we all like Joao Mario but he is a victim of inflated wages. And seening how Footballers refuse to take paycuts Joao Mario ends up being handed off and off to whomever pays the price regardless of the impact on his...

I think we all like Joao Mario but he is a victim of inflated wages. And seening how Footballers refuse to take paycuts Joao Mario ends up being handed off and off to whomever pays the price regardless of the impact on his career.

Sometimes I think players dont need agents but actual people who give a CRAP about them, not some ass chasing the highest bids. Anyhow, I love Joao Mario and hope he finds his place again. More depth for Portugal in mid is always a good thing as we have no mids outside Bruno F and Moutinho currently. Maybe Tiago Mendes was the last great mid before Moutinho but its odd from a country that would always produce top end mids its all changed now. If Bruno F or Moutinho are injured the gap in quality is huge.