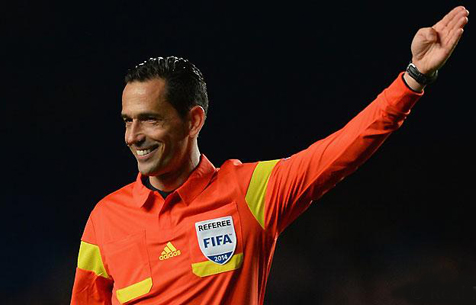 They are an integral part of the game, but it needs a special personality to become a football referee, especially in Portugal. Subject to constant abuse by tens of thousands of supporters in the stadium, and millions more watching on television, you certainly need a thick skin to take up a career as the rule enforcer in a sport that brings out such primal emotions among the protagonists and the viewers.

That has not stopped a number of Portuguese arbitros from making a name for themselves, however, both on the pitch and subsequently in their careers after retiring the whistle.

In recent times, Benfica has been accused of abusing its position as Portugal’s most popular football club in all strata of society to influence legal rulings and the choice of which referees are promoted/demoted and/or selected to officiate its matches.

The white-hot and acrimonious rivalry among Portugal’s three largest clubs – Benfica, FC Porto and Sporting – leads to never-ending violent verbal attacks, and every controversial decision is analysed to the minutest degree for days on end in the press and on TV shows. Hence, it is little wonder that Pedro Proença, Portugal’s most successful referee commented: “it is far easier refereeing a match abroad than in Portugal.”

The introduction of VAR has improved matters in terms of officiating football matches in the Primeira Liga, with the measure widely accepted among the football community, meeting with much less resistance than in other countries. Nevertheless, it remains commonplace to hear claims that corruption continues, only it has shifted from the referee on the pitch to the team of VAR officials watching from afar, as regards which decisions are analysed and overturned and which are ignored.

In a low-scoring game it is inevitable the man in the middle will always have a strong influence on the outcome of matches, and the popularity of online betting adds another facet to the “reasons” for feeling aggrieved at referees’ decisions.

Kudos, therefore, to those Portuguese referees who have gained respect and can point to notable achievements for their efforts while officiating in Portugal.

Portuguese fans in general have a low opinion regarding the quality of their referees, but the fact several officials have been selected for major tournaments and high-profile matches suggests the appraisal is unfair.

In terms of the European Championships, it is a similar story, with UEFA entrusting referees from Portugal with the job of officiating matches in tournaments going back to the 1980s. The first Portuguese referee at a Euro was António Garrido in 1980, and he was followed by Rosa Santos (1988), Vítor Pereira (2000) and Lucílio Baptista (2004).

Pride of place, though, goes to Pedro Proença, who after refereeing two group stage matches and a quarter-final at Euro 2012, was selected to officiate the final between Spain and Italy. The year 2012 was the high point of Proença’s impressive refereeing career, with the Portuguese also taking charge of the Champions League final that year between Chelsea and Bayern Munich.

Not satisfied with his career as an elite referee, Proença remained a central figure in Portuguese football when he put away his whistle for good. He successfully ran for President of the Portuguese Professional Football League, winning the election for the post in July 2015.

It is a job where it is impossible to please everybody all the time, so perhaps Proença’s experience of being in a similar position when on the pitch has stood him in good stead. Despite several controversies and criticism on and off from a range of clubs, Proença must have done something right given that he was re-elected as President of the Liga in 2020, obtaining 46 of the 48 votes.

Another personality who has acquired a degree of fame beyond his refereeing career is another Pedro, Pedro Henriques. Indeed, he is a more recognisable figure nowadays than when he was whistling the biggest matches in Portugal, having forged a successful career as a refereeing analyst on television.

There are no lack of opportunities in this area, and it is a common sight on Portuguese TV to see Henriques giving his opinion about the latest controversial refereeing decisions with recourse to the laws of the game and his own experience.