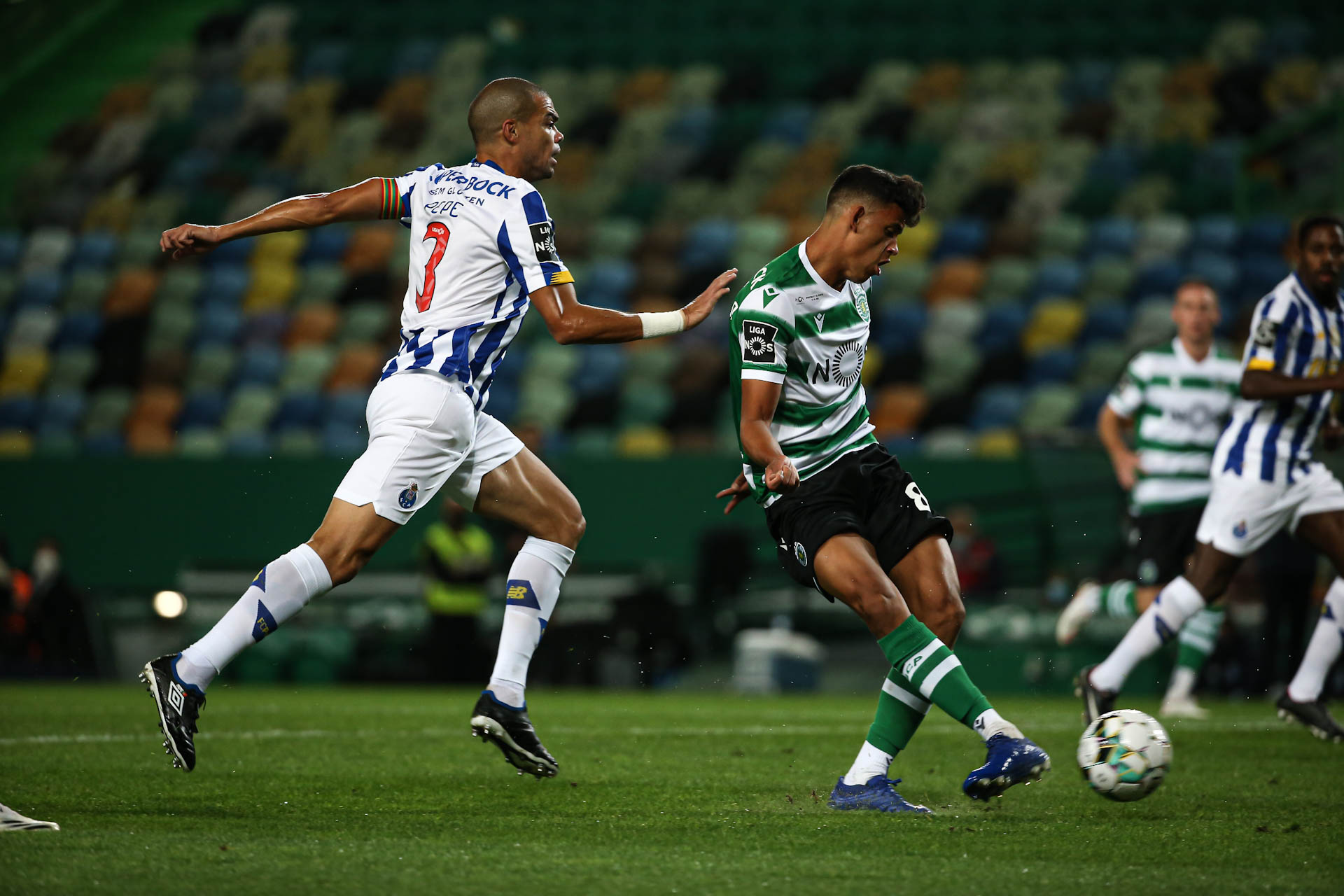 Sporting and FC Porto were forced to share the spoils in the first ‘Clássico’ of the Primeira Liga season after Luciano Vietto’s 87th-minute finish secured a 2-2 draw for the Lions at the Alvalade, this Saturday.

The hosts stormed into the encounter by taking an early lead through Nuno Santos, prior to Matheus Uribe’s equaliser for the Dragons in the 25th minute.

Jesús Corona turned the game on its head for Sérgio Conceição’s men on the brink of half-time, but Porto would be unable to protect their lead en route to full time, succumbing to a late equaliser from Vietto that divides the points up for grabs in Lisbon.

With a string of first-team debuts waiting in the wings, only Zaidu, deputising for the departed Alex Telles, made the cut in Porto’s XI, meanwhile João Palhinha earned a surprise first start under Rubén Amorim at Sporting.

In typical fashion, Porto mounted the pressure on their opponents via an early set-piece, as Sérgio Oliveira’s whipped free-kick from a wide position required Antonio Adan’s maximum concentration to parry away in the 2nd minute.

Augustín Marchesín replied with an important stop to deny Matheus Nunes one-on-one in the 8th minute, but the Argentina international would be caught by surprise shortly after by Nuno Santos, striking viciously on the volley from the back-post and placing Sporting a goal ahead from a tight angle.

The game showed no signs of calming down as Porto caused danger down the right from Jesús Corona’s powerful cross, consequently proving too difficult for Uribe to direct goalwards with his head in the 14th minute.

Zaidu handed Uribe a better chance from a cross deep on the left, meeting the Colombian’s movement into the box prior to a first-time finish on his left foot to level the encounter in the 25th minute.

Pedro Gonçalves caught a couple of sightings of Porto’s goal in the latter stages of the first half, going closest in the 43rd minute with a effort deflected wide past the far post.

From the subsequent corner, however, the Dragons bit back with venom on the counter-attack, commenced by Luis Diaz’s run before Corona picked up the scraps, squeezed between two defenders and provided a dinked finish to make it 2-1 to the visitors.

On the brink of half-time, the Lions thought they had earned the chance to equalise via the spot following Zaidu’s alleged tug on Gonçalves inside the box, handing the Nigerian a second yellow card, but the referee’s VAR review quickly reversed that decision, taking Porto into the break with the advantage.

In a far more muted showing in the second half, Sporting’s best chance to dismantle a regimented Porto line-up came as late as the 74th minute, drawing on inspiration from Pedro Porro in his low strike from distance, coasting just past Marchesín’s far post.

The Lions continued to risk it all with more bodies up top and, in the 87th minute, were came across their reward through Vietto's close-range finish, following up on Andraž Sporar’s near-post flick to smash in with the goal at his mercy.

Fresh from the sidelines, Mehdi Taremi came inches away from driving in a strike into the bottom corner in the 91st minute, but a goal a piece is how the first Clássico of the season at the Alvalade would end.

Due to work requirements I didn’t get to catch the first half of this game. However, wish I did since there seemed to be so much action in it!

Caught the second half. Mostly a battle at midfield. From what the commentator said and from some...

Due to work requirements I didn’t get to catch the first half of this game. However, wish I did since there seemed to be so much action in it!

Caught the second half. Mostly a battle at midfield. From what the commentator said and from some articles it seems the first half had more intriguing opportunities. Some interesting talents on both sides. Looking forward to a fun title race hopefully!