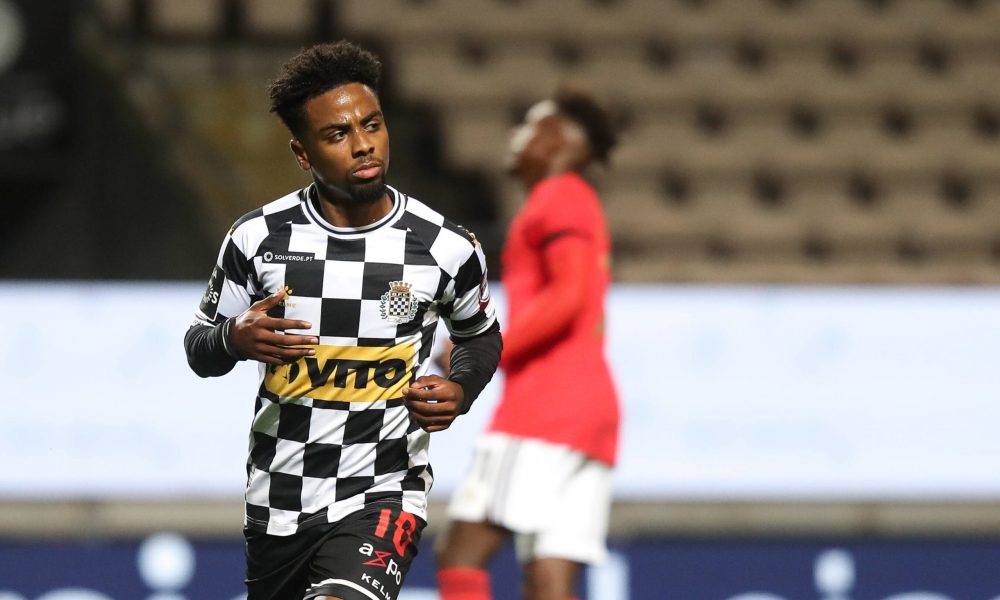 Week 6 of Liga NOS 20/21 began and ended in dramatic and near unprecedented style. Defending champions Porto started off the round’s action with a 3-2 defeat at Paços.

Braga managed to in turn leapfrog the Dragões in beating Famalicão, while Sporting also took advantage by hammering Tondela.

Benfica surrendered top spot to their bitter rivals though in losing for the first time this season domestically. Ambitious Boavista stunned the former league leaders in a 3-0 victory with PortuGOAL Figure of the Week Angel Gomes their star man once again.

Only 20 years old, the acquisition of the half English, half Portuguese Angel Gomes on a loan deal this summer was viewed as quite a coup for Boavista and the playmaker has proved exactly that in his short time in Liga NOS.

Gomes left English giants Manchester United on a free transfer just a couple of months ago, signing for French side Lille on a long term deal via a season-long stint in northern Portugal. Boavista have shown no shortage of ambition in the transfer market this summer and despite their own stuttering start to the season form-wise the youngster has enjoyed a sensational personal beginning.

Two assists on his debut in a 3-3 thriller on the opening day of the season was shortly followed by Gomes’ first goal for the club, an outrageous strike almost from the halfway-line against Moreirense. A muscle injury stopped him in his tracks thereafter, but he returned to the starting XI in stunning style in Monday night’s clash against what was an in-form Benfica.

Starting from the left flank, Gomes cut inside to more central areas at will and caused havoc for the out of sorts Eagles from the get-go. It was his quick feet and industry inside the box that helped break the deadlock with 18 minutes played. His skill drew Brazilian winger Éverton into a foul, and Gomes himself stepped up to send Odysseas the wrong way from the resulting penalty kick.

Benfica were rattled and Boavista were in no mood to let them off the hook. After Jan Vertonghen missed a glorious opportunity to equalise at one end, Boavista countered and made them pay in doubling their own advantage with seven minutes of the half remaining. Gomes was the provider on this occasion, lurking in the number ten spot to control and slip a clever pass through to forward Alberth Elis, who did the rest with a composed finish.

Benfica could not conjure a response in the second period, and even ended the game falling further behind after left fullback Yanis Hamache’s fine goal with fifteen minutes left to give the scoreline some deserved gloss for As Panteras.

Boavista are finally off the mark then, but if the team as a unit has not quite settled yet it is clear that Angel Gomes has had little to no issues in adapting to life in Portugal. On current evidence one suspects his stay in the country will indeed remain brief as his initial deal suggests, and Lille may even prove to be too low a level for a player who looks to have the potential to rise very high indeed in the game.