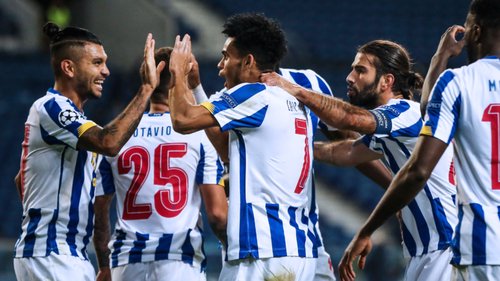 Porto may have had a shaky start to the domestic season, but the Dragons continued their good Champions League form at the Estádio do Dragão tonight. Mexican forward Jesús Corona was the star of the show in a comfortable 3-0 triumph over André Villas-Boas’ Marseille.

After a creditable performance and a somewhat unlucky defeat against Manchester City at the Etihad, Porto have reeled off two home victories to put themselves in a strong position to qualify for the knockout stages of the competition for the third time in four years.

Jesús Corona was last year’s player of the season in Portugal and was widely expected to leave in the summer. Porto managed to hold onto their star man, and his importance was again in evidence as he set up Moussa Marega for a chance the Malian couldn’t miss in the early stages.

The French side spurned a chance to hit straight back when Payet skied a penalty over the bar, and Corona then won a penalty for Porto, which Sérgio Oliveira confidently converted to double the home team’s lead before half time.

The win was rounded off with the goal of the night as a driving run through the middle and a subtle disguised pass by Corona to his left allowed Diaz to sweep in Porto’s third goal.

“It was a good response after a bad result at the weekend,” said Corona, alluding to the shock defeat at Paços de Ferreira. “We managed to bounce back and we’re very happy with our performance. It’s always important to start well and the early goal gave us confidence.”

The Champions League now takes a breather for the international break. Porto’s next match will be the return match against Marseille in France on 25 November.