PortuGOAL Figure of the Week: Joel Tagueu at the double for improving Marítimo 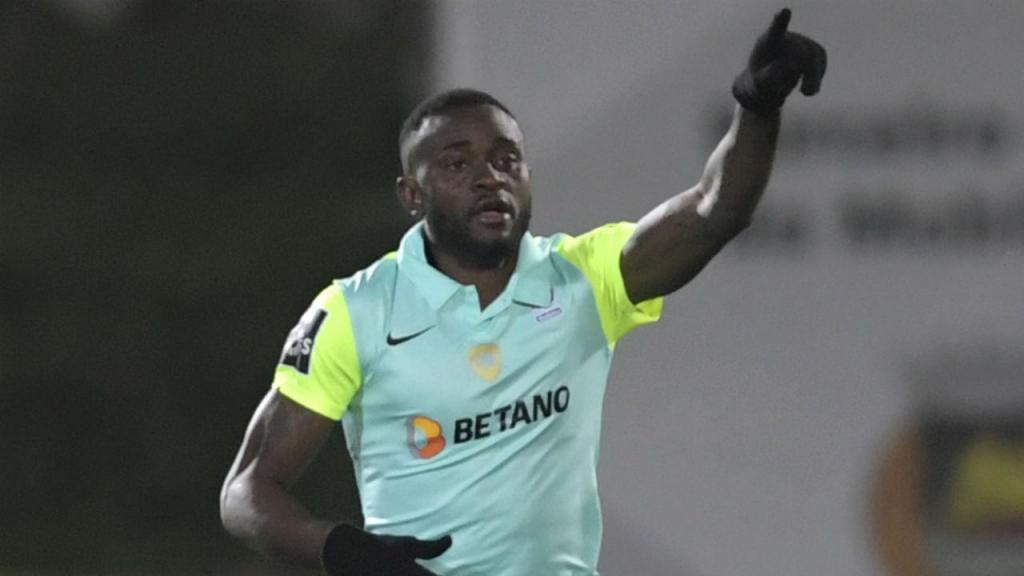 2020’s Liga NOS action ended yesterday as the 11th round of an unfamiliar campaign drew the year to a close in more familiar fashion. Big guns Sporting, Benfica, Porto and Braga all maintained their top four status with hard-fought victories, barring the latter’s comfortable demolition of Boavista.

Another team to boost some fledgling flagging form was Marítimo who stunned Rio Ave in Vila do Conde. Forward Joel Tagueu was in sharp form in front of goal, the PortuGOAL Figure of the Week striking twice to secure a big three points for the islanders.

27 year old Cameroon international Joel Tagueu returned for a technical third spell at Marítimo this summer, this time turning his stay in Madeira permanent after two prior loan deals from Brazilian side Cruzeiro.

The forward has tended to blow hot and cold during his spells in Portugal and it has been the latter a little more recently with the club struggling at the wrong end of the table, causing the departure of former manager Lito Vidigal. Coach of the U23 side Milton Mendes has received a promotion for the time being, charged with taking over the seniors, and this has seemingly given Joel a jolt into life as the forward has been excellent in recent games.

Traditionally Joel operates best as a central striker but has shown versatility in wider areas too, which has been beneficial to both player and club given the exceptional form of number one striker Rodrigo Pinho this season.

On Monday’s trip to Rio Ave he was initially paired up with Pinho in a 5-3-2 setup although with licence and tendency to drift towards the left flank and help defend when not in possession. Their opponents were not in great form and after a recent mini-revival in which Marítimo headed into the game on a run of consecutive victories it was somewhat against expectations to see Rio Ave take an early lead through Diego Lopes.

However Marítimo responded with belief and returned fire. Joel thought he had levelled matters after coolly finishing off Rafik Guitane’s through ball only to be correctly denied by the offside flag.

Marítimo trailed at the break but did find their equaliser not long into the second period. Pinho was well denied by Paweł Kieszek but Joel was lurking to bury the rebound from close range.

Just after the hour mark Marítimo turned the game around and Joel was to thank once more. The Cameroon striker was involved in the buildup, exchanging passes with Cláudio Winck before hammering a left-footed finish past Kieszek.

Joel had some involvement as Marítimo made the points safe. After he had brought the ball forward in counter-attack, eventually left-back Marcelo Hermes saw a speculative effort spilled into his own net by Kieszek.

A fine performance and result for the Mariners as they recorded their third consecutive win in all competitions.

After a slow start to the campaign a change in management has given Joel a new lease of life and he has repaid the club with three goals in as many games. Getting the best out of the Cameroonian could be crucial to Marítimo’s survival hopes, particularly if star man Pinho departs as is rumoured this January. He’s halfway to his previous best league goal tally and will surpass it with ease if he can continue this purple patch.

Good to see some highlights of the Funchal club.