How football can reduce crime rates in Portugal and elsewhere 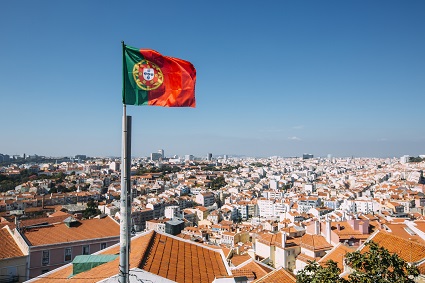 Portugal is among the countries where people are most invested in football and it shows. From the earliest age, Portuguese boys dream of becoming the next Cristiano Ronaldo, Rui Costa or the legendary Eusebio.

This innocent childhood dream is sweet for the kids and beneficial to the whole community as studies have shown that interest in sports helps reduce crime rates.

What drives young people into crime

This is not only about Portugal, this trend can be observed anywhere, from Iberia to Australia and everywhere in between. Youths tend to get involved in criminal activities owing to their low social status, the environment they grow up in and the lack of other motivating factors. To put it simply, criminal activities become more attractive when young people find nothing better to do with their lives. It starts small, with stupid antisocial acts like making prank calls to the local fire department, destroying rubbish bins or stealing a few sweets from the little store down the street. As kids grow they become involved in real and more serious crimes. This is where sports come in.

In Portugal, for instance, they’re big on football so you will see dozens of young boys congregating on municipal pitches, parks or even a barren plot of land to play a game.

Local authorities and sports clubs seize on this interest for Portuguese football to organise amateur football teams to keep children focused on the game rather than leaving them free to roam the streets and get into trouble.

An important match drives crime down

You’d expect crimes rates to be up during the weekends when there’s no school for kids or work for young adults. It is also during the weekend that national football championship matches are held. Sure enough, in the run-up to an important game, police records show crime levels are down in the community. Young people have something better to do so Portuguese police can rest easy. Would-be delinquents will be either at the stadium or in front of the TV to watch their favourite players. No break-ins, no thefts or robberies during a game.

The effect an important match has on young people is long-lasting. Every match reminds them they, too, could be like their idols. In the days immediately following a crucial game, there’s also a drop in crime rates as the youngsters are on their improvised football field, honing their skills in the hope they will be national football heroes one day. The game gives them the motivation to stay out of trouble.

How the passion for sports affects crime rates in Australia

The same tendency was noted in Australia. Several studies conducted among the Aboriginal communities show that as interest in sports picks up, delinquency rates go down. Take, for instance, the study conducted in 1994 in the Nowra and Wallaga Lake communities of New South Wales. During the football season crime rates are significantly lower than during the breaks, as youngsters lose their motivation when there are no games.

These findings have prompted authorities in Adelaide to implement sports programmes aimed at young people in troubled areas.

Such programmes offer young people a goal, they create a sense of belonging, give meaning to their lives and offer an outlet to spend their energy doing something good rather than engaging in brawls and acts of vandalism.

These are the temporary effects. Long term, the kids who grew up playing football will be less attracted to a life of crime. As a result, they will stay out of trouble, they will have a clean police check record which will allow them to gain meaningful employment. Everybody wins!

A positive, general written blog post about the effects of sport in the community. However, the post could have benefited from charts, statistics, and expert quotations on such positive effects in Portuguese communities. It is imperative also...

A positive, general written blog post about the effects of sport in the community. However, the post could have benefited from charts, statistics, and expert quotations on such positive effects in Portuguese communities. It is imperative also that yes, while investing in community-sport initiatives is a good thing, it also important that there is good policing that creates a safe environment for children. That there are adequate social services to assist families in need and healthy investment in schools. But, football is a ultra-national sport currency that helps youth expend energy in good ways.