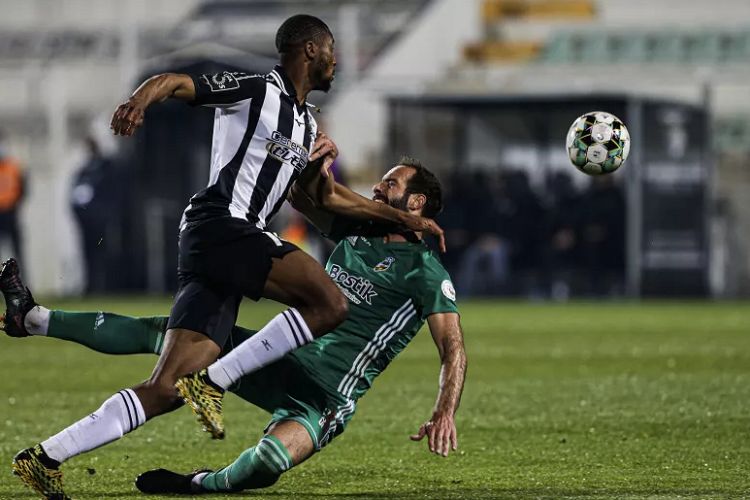 The first Liga NOS action of 2021 saw Sporting extend their superb start to the campaign in seeing off fellow title challengers Braga. Porto kept the pace with victory over Moreirense while Benfica dropped more points in a weather-affected draw with Santa Clara.

Manager-less Rio Ave fell to Paços Ferreira while Tondela got an important win over Famalicão, with Marítimo vs Boavista and Gil Vicente vs Belenenses SAD both ending in goalless stalemates.

One fixture that caught the eye was the season’s inaugural Algarve derby as Portimonense hosted league new boys Farense. The home side came out on top thanks to a fine display from striker Beto, who is the PortuGOAL Figure of the Week.

Norberto Bercique Gomes Betuncal, better known as “Beto”, has just celebrated a year’s anniversary since his promotion from the Portimonense U23 squad to the seniors. Last season he was very much limited to the odd appearance off the bench as his team avoided relegation from the top flight by the skin of their teeth (relying on a registration issue at Vitória Setúbal to stay in Liga NOS).

The 22 year old Portuguese forward has made more of an impact under Paulo Sérgio this time around however in earning some starting roles in what has been another season of struggle for the southerners, who went into Monday night’s derby rooted to the bottom of the table.

Standing at almost 6ft 4ins, the wiry striker is an imposing presence when spearheading the attack, and with two goals in the campaign prior to last night’s match he already ranked as joint-top scorer for Portimonense despite his comparatively meagre game time.

The player he was previously level with, striker Fabrício, made way in the XI for Beto to start up front against Farense and he would ultimately richly reward manager Sérgio’s faith. The match as a whole took a while to get going as unsurprisingly both struggling teams showed a level of caution in their approach.

In the second half though the contest and particularly Beto came alive. The forward had a sighter just after the whistle as he rose to meet Koki Anzai’s cross but his header was directed too high.

On the hour mark Beto showed great strength to eventually latch onto Dener’s through ball, but Farense goalkeeper Rafael Defendi was equal to the Portuguese’s powerful resulting shot.

Beto would not be denied in breaking the deadlock though with twenty minutes of the match remaining. Superb work from Luquinha, another Portimonense U23 graduate, preceded Beto perfectly placing a side-footed effort off the post and in.

With a couple of minutes remaining Beto thought he had got his second and sealed the win but Farense’s Filipe Melo got back and somehow made a miraculous block to deny Portimonense.

The home side didn’t wait much longer however to confirm the three points. Anderson’s stoppage time through pass sought out Beto’s perfectly timed run in behind the defence, and he confidently fired through Defendi’s legs for his second of the game and fourth of 2020/21.

A significant win for Portimonense that not only got one over their local rivals but also saw them soar out of the relegation zone and into 15th place.

The perfect start to the year for Paulo Sérgio’s team and also for Beto himself. Attack has been a sore spot for Portimonense for a number of seasons now (before last night only two sides had a blunter goal record in 20/21) but looking to the U23 side looks to have paid dividends.

Beto now has a good chance to establish himself in the striking hierarchy with Fabrício and Ricardo Vaz Tê failing to find their shooting boots so far, the youngster is one to keep an eye on in the coming weeks and months in Liga NOS.