PortuGOAL Figure of the Week: Mehdi Taremi the man of the moment for prolific Porto 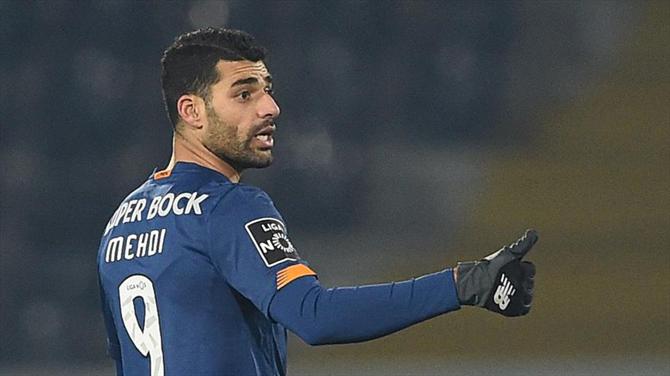 A familiar feel to the 13th round of Liga NOS 2020/21 as the strugglers struggled and top sides triumphed. Sporting maintained their league lead with a messy win at Nacional, with Benfica not far behind after overturning Tondela. Paços Ferreira continued their impressive campaign with victory at Belenenses SAD, moving into 5th just below Braga who beat Marítimo.

Another side who unsurprisingly are firmly in the title race are defending champions Porto, who kept up said defence with a 4-1 hammering of Famalicão. PortuGOAL Figure of the Week Mehdi Taremi is becoming increasingly instrumental and he was a key to Sérgio Conceição’s success once again.

Iranian international striker Mehdi Taremi was signed by Porto in the summer after a superb 2019/20 Liga NOS season with Rio Ave. The 28 year old had seamlessly transitioned to his first experience of European football having previously played in his native Iran as well as a stint in Qatar. He ended that campaign with 21 goals and deservedly gained a larger platform for his talents in late August 2020.

Standing at 6ft 1ins Taremi is a real all-rounder of a forward: quick, strong, good in the air as well as excellent with his movement, positioning and finishing. With Rio Ave he tended to operate more as a lone striker in an attacking 4-3-3 but it is in a partnership with Moussa Marega in Conceição’s 4-4-2 that the Iranian has gradually worked his way into the regular first XI and this was the coach’s configuration for Friday night’s trip to Famalicão.

This fixture proved a stumbling block for Os Dragões last season but it was no such hardship this time around. It was Taremi that would open the scoring in the 13th minute, showing what is becoming a real tendency to lurk unmarked at the edge of the box from a Porto attack, which in this case would see the striker confidently meeting Jesús Corona’s ball into the box to place a shot past former Porto goalkeeper Vaná.

Famalicão levelled from the penalty spot but Porto were soon back in front through the same method with Taremi involved again, pouncing on some defensive frailties to be brought down in the area by Vaná, leaving Sérgio Oliveira to tuck away the resulting spot kick.

Porto extended their advantage in the second period just before the hour mark with Taremi grabbing his second goal of the game. Vaná failed to sufficiently clear Oliveira’s corner, and when Otávio put the ball back into the danger zone it was Taremi who expertly arced a header into the vacant Famalicão goal.

After a somewhat enforced slow start to his Porto career Taremi is really in the groove now as his team chase down Sporting in what is becoming a fascinating title race in Liga NOS.  The Iranian forward has looked an obvious talent over the past year and a half and this late bloomer may yet rise to even higher echelons in the future.