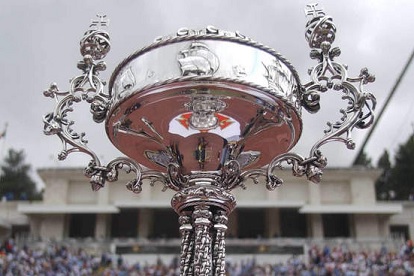 Benfica and Braga stroll into quarters

The round of 16 of Portugal’s second most important competition, the Taça de Portugal, has produced a lively set of games so far this week. The giant-killing honours go to second-tier Estoril who knocked out Liga NOS outfit Rio Ave.

The other major surprise saw Marítimo become the first Portuguese team to defeat Sporting this season, running out 2-0 victors in Funchal on Monday night. There was nearly another shock in Madeira the following evening as Nacional led FC Porto 2-1 close to the 90-minute mark, but a late equaliser led to extra time, with the Dragons eventually running out 4-2 winners.

Sporting stayed in Madeira rather than flying back to Lisbon after playing their Liga match against Nacional on Friday evening, but the savings in travel time did not translate to success on the pitch.

Coach Rúben Amorim rotated his side heavily, but the second-choice players could not match the performance level of the first-teamers. Marítimo’s brilliant Brazilian striker Rodrigo Pinho – who is rumoured to be on his way to Benfica at the end of the season – was the chief protagonist, opening the scoring in the 68th minute, then provided an assist for Léo Andrade to double the home team’s lead soon afterwards.

Amorim turned to the bench, bringing on usual starters Pedro Porro, João Mário, Pedro Gonçalves and Andraz Sporar in an attempt to retrieve the situation, but it was too little too late.

A superb individual goal by Porto’s Colombian winger Luis Díaz (another one) set the tone for an action-packed tie at the Choupana on Tuesday night. Bryan Róchez soon equalised for the islanders, and when Brayan Riascos put Nacional into the lead shortly after the hour mark an upset was on the cards.

Porto were boosted when Nacional centre-back Rui Correia received a soft second yellow card and was sent off a couple of minutes later, but 10-man Nacional held out until the 88th minute when Porto substitute Evanilson equalised with his first touch of the ball.

Playing a man down on a heavy pitch, Nacional inevitably wilted in extra time, with Sérgio Oliveira and Mehdi Taremi scoring to give Porto a 4-2 win and a quarter-final berth.

Top of the Segunda Liga, Estoril Praia are looking good for a return to the top flight of Portuguese football next season, and results in the Portuguese Cup suggest they will not be out of place. The team from the Lisbon coast claimed their second Liga NOS scalp of this year’s competition (having beaten Boavista in the previous round) by knocking out Rio Ave in Vila do Conde.

Two first-half goals, by Yakubu Aziz and André Vidigal put the visitors well in charge. Gelson Dala pulled one back for Rio Ave on 65 minutes, but the hosts could not find an equaliser and Estoril will now travel to Marítimo for a battle of the giant-killers in the quarter-finals.

Benfica and Braga cruise through

It was a trip down memory for Benfica coach Jorge Jesus, as he took his Benfica team on the short trip to Amadora in the Lisbon suburbs to face the club he represented as a player and manager, Estrela.

Now in the district leagues, Club Football Estrela (a reincarnation of the former Estrela da Amadora), held out until just before half time when Chiquinho broke the deadlock. Despite fielding a heavily rotated team, Benfica made their superiority count in the second half, as goals from Seferovic, Chiquinho (again) and Waldschmidt completed a 4-0 victory.

It was a similar story at the Quarry as Braga, playing several non-regular first-teamers, were far too strong for third-tier Torreense. 20-year-old Spanish striker Abel Ruiz was the chief benefactor, helping himself to a brace, with Rolando, Ricardo Esgaio and Vítor Oliveira scoring the other goals in a 5-0 trouncing.

Marítimo are not be the only island side remaining in the competition. Azorean outfit Santa Clara beat Moreirense 2-1 on Tuesday night to take their place in the last eight.

The two remaining ties of the round of 16 are played tomorrow, Thursday 14 January.

The final two matches of the round produced plenty of excitement. Top-flight Belenenses SAD looked certain to be the victims of a giant-killing when third-tier Fafe were beating them 2-0 as late as the 87th minute thanks to first-half goals by Luís Neves and Ferrinho. But two late penalties scored by Miguel Cardoso, the second in the 97th minute, saved Petit’s team. As if that was not heartbreaking enough for Fafe, in the final minute of extra time Francisco Teixeira scored the winner for Belenenses SAD to avert a penalty shoot-out.

Gil Vicente were also made to work hard against Académico de Viseu, twice coming from behind during the 90 minutes to force a 2-2 draw. A goal by Samuel Lino early in extra time put Ricardo Soares’ team into the last eight.

Congrats on all who passed. Those who are out, better luck next time.

The first half of the Benfica game was an interestingly fought battle and unfortunately shows how much work is left to be done.

Sporting eliminated, gives them the...

Congrats on all who passed. Those who are out, better luck next time.

The first half of the Benfica game was an interestingly fought battle and unfortunately shows how much work is left to be done.

Sporting eliminated, gives them the opportunity to keep one game a week for most of the rest of the season in order to allow them to try to keep the race tight till the end. Maritimo gave their all and fully deserved to pass. Well done.

Nacional put in a lot of effort. However, 11v11 vs Porto to hold onto a one goal lead would have been a huge task for them. With 10 even more so. They pushed it, but in the end Porto were really too much for them in that extra time. The legs just weren’t there.