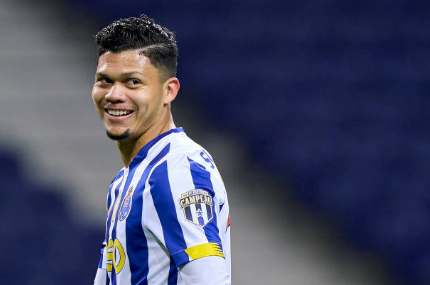 FC Porto have come to within a point of first-placed Sporting ahead of the Monday night’s Lisbon Derby after goals from Luis Diaz and Evanilson secured them a 2-0 win at home against Rio Ave.

The Dragons, keen to take advantage of dropped points arising from the clash between Sporting and Benfica, required just a couple of goals from Diaz and Evanilson to take down Miguel Cardoso on his first day back in charge of Rio Ave.

Porto’s win was followed up by Braga’s triumph in Moreira de Conégos versus Moreirense, winning 4-0 in emphatic fashion and glueing themselves to Benfica on 33 points, prior to tonight’s main event.

Both northern clubs are fighting hard with Lisbon duo Sporting and Benfica in the race to finish in the top three positions this season and subsequently benefit from the riches on offer through Champions League football. To bet on who will succeed, take advantage of the Matchbook sign up offer. A first and second place finish in the Liga NOS this season gives automatic access to the UCL group stage in 2021/22, while the team finishing third will progress to the Champions League qualifiers.

With Cardoso back at the helm, Rio Ave attempted to land themselves a huge result away at the Estádio do Dragão versus Porto, currently licking their lips ahead of the upcoming Lisbon Derby.

The hosts found themselves unlucky not to have broken the deadlock on two occasions through Diaz, once striking over from close range before Pawel Kieszek produced an important stop to deny the Colombian the opener soon after in the 26th minute.

Rio Ave’s Polish shot-stopper was again imperious up against Mehdi Taremi in the 44th minute, but he’d be left hopeless up against Diaz on the rebound, as the winger ran away in celebration just before half time.

A better showing from the visitors in the second period had Sérgio Conceição’s men wobbling, with Chancel Mbemba almost turning the ball into his own net coming into the second half.

Evanilson iced those worries in the 74th minute, however, tapping home Porto’s second goal after Taremi’s persistence against his former club enabled him to feed the Brazilian with a cut-back, securing a 2-0 win.

If Porto were keen to see the outcome of the Lisbon Derby ahead of their own clash, so too were Braga, keen to catch up with third-placed Benfica and break into the top three.

The Arsenalistas would have to do it without their star man Paulinho, reportedly Sporting-bound, but that didn’t seem to trouble Carlos Carvalhal’s men, going a goal up as early as the 7th minute through Fransérgio.

With Ricardo Esgaio racing down the flank in the 17th minute, Braga found themselves two goals ahead after Castro’s header bounced into the back of the net, adding greater comfort to the affair against Moreirense.

The visitors soon found themselves up by three, with Raúl Silva, still fielded further up the pitch following a corner, slamming home a shot on his left foot to set Braga cruising.

Only Moreirense’s Pasinato stood between the Bracarenses and a fourth goal, threatening constantly through Galeno and Abel Ruiz in the second period before Ricardo Horta, set up by Al Musrati, finalised a 4-0 victory with the pick of the bunch, on the volley.

Not a bad game. Rio Ave was looking to score, Porto showed they had more quality.

Marega, who I have been a fan of, must be trying actively to get transferred. On the whole game, throwing away scoring chances left, right and center.

Not a bad game. Rio Ave was looking to score, Porto showed they had more quality.

Marega, who I have been a fan of, must be trying actively to get transferred. On the whole game, throwing away scoring chances left, right and center.

Evanilson comes on and scores with his first touch. Crazy. Marchesin also showed why he is, for my money, the best GK in Portugal right now.