PortuGOAL Figure of the Week: Captain Coates at the double to save Sporting 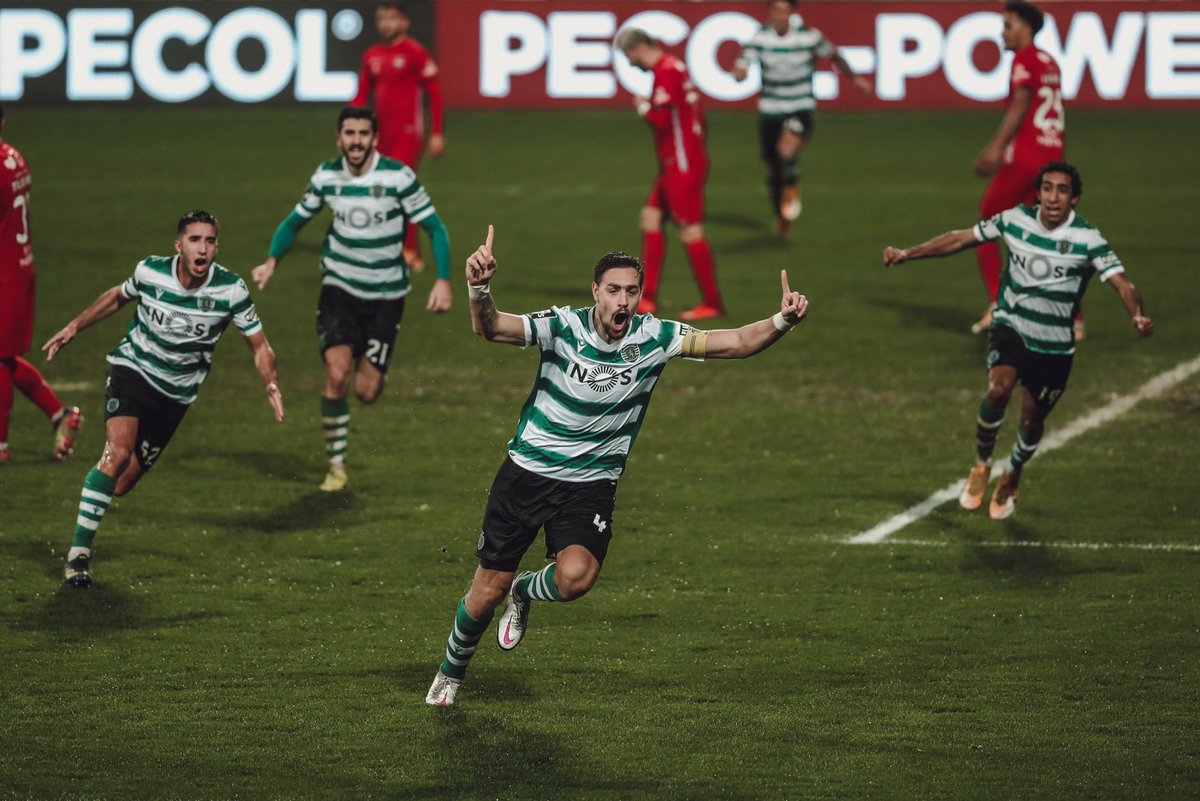 The Liga NOS table reflected the outcomes of Jornada 18 somewhat as the packed Portuguese season continued this week. Those in the bottom half all largely came a cropper in struggling performances and results, the outlook being particularly bleak for Farense, Famalicao and Boavista.

Rio Ave got their first win under a second spell of stewardship for manager Miguel Cardoso, while Nacional leapt into the top half to join the likes of Santa Clara and Moreirense in victory.

At the top though it was a potentially pivotal week in the title race. Braga and Porto both lost ground by virtue of the pair playing out a thrilling 2-2 draw, setting the stage for Sporting to extend their advantage in first place. The Lions’ unlikely goalscoring saviour, and PortuGOAL Figure of the Week, was defender Sebastián Coates, who capped a difficult personal week with a sensational late double against Gil Vicente.

Sebastián Coates has long been a familiar name in the footballing world after his transfer to Liverpool back in 2011, having impressed with Nacional in his native Uruguay. The big centre-back showed glimpses of his potential on Merseyside but the move appeared too great a step up in truth, leaving for then-fellow Premier League side Sunderland in 2014.

Inconsistency riddled his game in the north east of England, and around 18 months later he would swap his surroundings for Lisbon as Sporting came in for the defender on an initial loan deal that they would swiftly turn permanent after a seamless transition to Liga NOS.

Coates quickly established himself as one of the best defenders in the division with a higher degree of serenity added to a previously more erratic nature of his play. That’s not to say the Uruguayan hasn’t experienced troubles with Sporting, suffering dips in form and having to ride the crest of tumultuous off-field events at the club.

The arrival of current coach Rúben Amorim to the helm last year though has sparked an improvement in Coates’ form and the captain has been rock solid this season in leading his side to the summit of the Primeira Liga. Benefitting from the manager’s 3-4-3 system, Coates has been equally comfortable in the presence of young talents such as Eduardo Quaresma and Gonçalo Inácio either side of him, or more commonly the more experienced campaigners in Luís Neto and Zouhair Feddal.

It was the latter pairing that sidled up with Coates at the back for a tricky away match with a sometimes unpredictable Gil Vicente, who had just broken a poor spell of form with a good victory away at Boavista in the previous round of fixtures.

Early on in Tuesday night’s contest Coates actually almost got himself an assist in setting up Matheus Nunes to strike from the edge of the area but Gil Vicente goalkeeper Denis was equal to the strike.

Gil Vicente would later take a first half lead through Fujimoto as Sporting struggled to gain a rhythm in the game, as well as being perpetually denied by Denis.

With just seven minutes of normal time remaining though the Lions drew level in unexpected fashion. Coates is always a threat from aerial set pieces but he showed off his technical ability on this occasion, lurking on the edge of the box to thump a volley into the bottom corner after Pedro Porro’s ball into the mixer was only half cleared.

With time still to play Sporting weren’t content with a point and stole all three in stoppage time. It was Coates again who struck, only this time it was his more traditional aforementioned aerial prowess that was to thank. The Uruguayan rose highest to plant a header into the turf and skidding beyond a befuddled Denis.

Sheer elation from the Sporting playing and coaching staff followed as the Lions established an eight point lead at the top of Liga NOS to install themselves as favourites to lift the title at the end of the season. Coates opined after the match: "We had to win after the results of our rivals. There's a long way to go in the championship and it's going to be very complicated. We will continue to take it one match at a time, we have our feet firmly on the ground and that's how we will be until the end".

The result completes a tough week personally for Coates, who tragically lost his former international team-mate and friend Santiago Garcia this week: "For me it was a very special match. This week I lost a friend, a brother, and it's been tough. Thank you for all the support I have received in recent days”. A nice tribute from ‘El Patron’, who will look to continue to lead the charge towards a first Sporting title since 2002.

Coates is league mvp if he keeps it up.
He’s been incredible and has lead this team.

He has come a long way, I still remember that game where he scored 3 own goals.