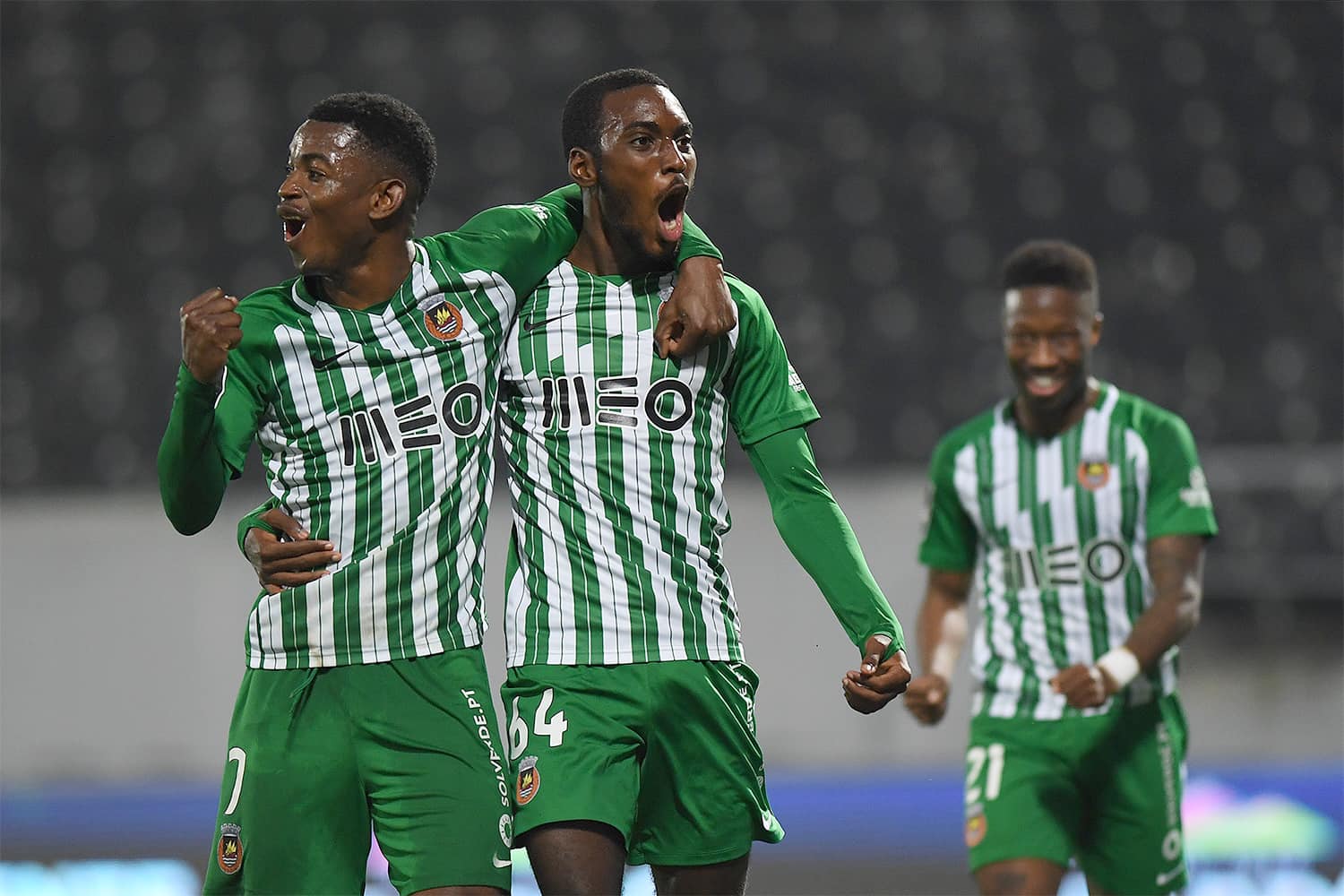 Week 19 of Liga NOS 2020/21 saw Sporting’s title charge continue as the Lions opened up a 10-point lead at the summit by beating Paços Ferreira, taking full advantage of both Porto and Benfica settling for draws against Boavista and Moreirense respectively.

Braga kept some pace with a narrow win over Santa Clara, while Farense gave their survival bid a significant boost with a thrilling victory at Nacional.

One of the performances of the round though was from Rio Ave, who have not been at their usual level this season but showed signs of returning to their best, inspired by PortuGOAL Figure of the Week Gelson Dala in an impressive triumph at Vitória Guimarães.

Angolan international striker Gelson Dala was plucked from obscurity by Sporting back in 2017 but he never gained opportunities with the senior side, mostly featuring for the now defunct B team. Loan spells with Rio Ave and Antalysapor fared contrastingly, struggling in Turkey but flourishing in certain stages of his time in Vila do Conde.

Dala ultimately would cut ties permanently with Sporting last summer, returning to Rio Ave technically for a third time following two prior loans. It’s been a tough season for both player and club so far, recently seeing a change in management as Miguel Cardoso came back to the club following former Porto B coach Mário Silva’s departure. Cardoso’s return looks to have sparked an upturn in Dala’s form, in no small part due to the fact that the forward has finally got a consistent run in the team.

Form and fitness have denied Dala in the previous point’s regard, a real pity as he is a hugely talented player. Versatile in attack, arguably his best position is leading the attack centrally, although he has shown good capacity on the wings and in support of a striker in 4-3-3 systems. Physically he’s not the biggest, the 24 year old standing at 5ft 7ins but he’s deceptively strong in possession, and technically gifted too as he boasts good passing ability and is able to link .

It was these features of his game that played a key role in Rio Ave somewhat upsetting the odds in a clinical display at Estádio D. Afonso Henriques on Saturday evening.

After some early home pressure, Rio Ave had a goal ruled out by VAR for a narrow offside decision, but the away side would open the scoring in the 23rd minute with a slick counter-attack. A Vitória attack broke down, and after debutant Sávio picked up possession he found Dala in space. The Angolan pushed forward positively before sliding an inch-perfect through ball to Carlos Mané, who slotted past Bruno Varela at his near post.

Nearly ten minutes later the lead was doubled and once again Dala was the architect. Another finely weighted through ball, on this occasion a first-time pass to Rafael Camacho saw the Sporting loanee finish coolly to give Dala his second assist of the match.

Dala almost got himself on the scoresheet seconds before the half-time whistle, meeting Camacho’s volleyed cross with a header that flew narrowly wide of Varela’s post.

In the second half Vitória reduced the damage as Ricardo Quaresma pulled a goal back with twenty minutes remaining, but shortly after Rio Ave re-established their two goal cushion and this time Dala got his well-deserved goal. The forward pounced on a dithering Varela to steal the ball off the goalkeeper and leave himself an empty net to roll the ball into.

A well-merited win for Rio Ave that sees them move back towards where they should be as Cardoso’s second stint gathers momentum.

Previous management has shown some reluctance to regularly use Dala at Rio Ave but he has long looked a player worthy of building an attack around and that is something that Cardoso has set out to do ever since rejoining the club. With the Angolan finally leading the line with regularity, don’t bet against Rio Ave accelerating back towards the European places in the coming weeks and months.