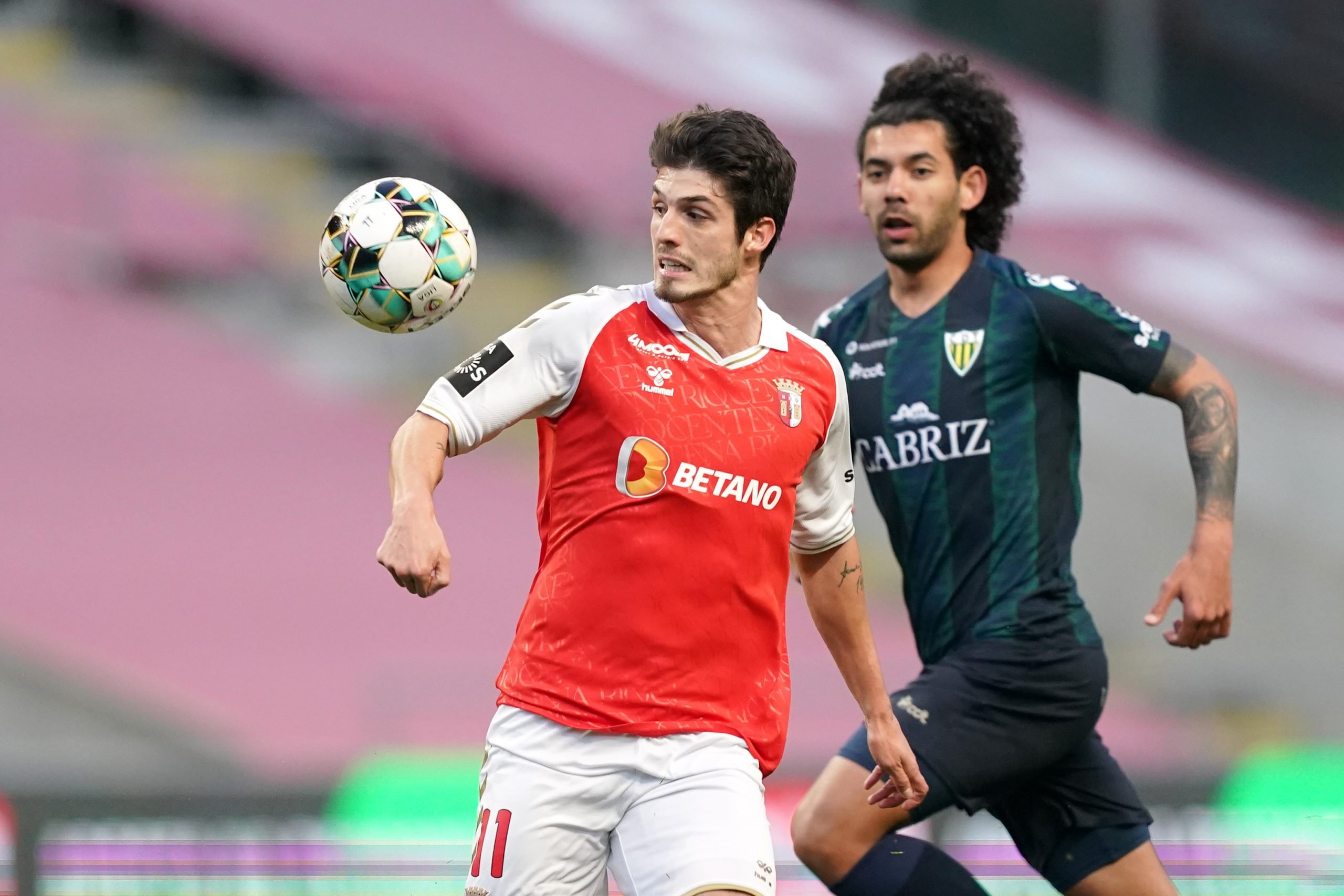 Jornada 20 of the Liga NOS season saw the underdogs fight back as there were vital results for the sides at the wrong end of the table. Farense battled to a point against Benfica, while Famalicão and Boavista secured rare wins, over Rio Ave and Moreirense respectively. Gil Vicente also got an important three points by beating Santa Clara.

Sporting continued their title charge with a victory over Portimonense, with Porto leaving it late to stay in pursuit with a stoppage time winner against Marítimo.

Another side who perhaps has not quite given up the ghost in the championship race is Braga, who are quietly doing their best to stay in the title fight. They were excellent once more in a 4-2 triumph over Tondela, and their January transfer window signing Lucas Piazon is the PortuGOAL Figure of the Week after a marvellous individual display.

It increasingly looks like Braga will be clocking up plenty more victories in a successful 2020/21. If you want to experience that winning feeling yourself, a visit to joker888 is a good place to start.

Still only 27 years of age, Lucas Piazon’s C.V. on paper looks akin to a veteran journeyman close to the end of his career. Spotted as a young talent by Chelsea and plucked from Sao Paulo back in 2012, the Brazilian midfielder proceeded to be sent on a constant string of loan spells away from his parent club, ranging from other English teams to stints in Holland, Spain, Germany and Italy, before landing on Portuguese shores with Rio Ave on a temporary deal in September 2019.

With the Vila do Conde side he finally got the regular football he has craved throughout his career. Last season he put in several good performances to help Rio Ave to a 5th place finish under the management of Carlos Carvalhal, and the pair reunited last month when Piazon finally cut ties for good with Chelsea and joined Carvalhal’s new team Braga on a permanent deal.

This player-coach relationship has been key for Piazon as it appears that Carvalhal is the common denominator in the Brazilian showcasing his best form. At Rio Ave Piazon was effectively played across all supporting positions of a lone striker, usually on the wings and it is here where he has been deployed in the early stages of his Braga career.

These are natural positions for Piazon, who is technically sound on the ball and a good playmaker when drifting centrally. He also has a particulark knack of loitering on the edge of the penalty area to evade opposition marking, and in doing so he can be a deadly finisher when these positions are not picked up.

The step up from Rio Ave to Braga is sizeable and in the early stages for the latter he has found it difficult to break in regularly amid a far stronger competition for places, with exceptional talent such as Ricardo Horta, Nicolas Gaitán and Wenderson Galeno amongst those that Piazon is attempting to displace.

In the midst of an extremely hectic schedule Carvalhal gave Piazon just his fourth start for Braga for Sunday evening’s match against Tondela at The Quarry, playing on the right hand side of a 3-4-3. The home side looked like they had a point to prove from the get go after midweek disappointment in Europe and it was Piazon who opened the scoring for them as Tondela succumbed to the early pressure. Excellent wing work from Galeno saw the Brazilian duo combine for the former Chelsea man to calmly finish from the edge of the box in the 18th minute.

Minutes later Piazon should have had an assist after another devastating Braga attack. Abel Ruiz was twice denied before the ball fell to the Brazilian, who turned cleverly and found Ricardo Horta with plenty to aim at but his strike flew high over the bar.

The Piazon-Horta combination would bear fruit not long before the half time whistle however. Hardly the cleanest assist you will see, but nonetheless Piazon attempted to make something of Cristian Borja’s cross and the resulting touch fell perfectly for Horta to confidently shoot into the bottom corner.

There was still time for another goal for Braga in the first half and a second assist for Piazon. His quickly-taken free kick was collected by João Novais, who hit a sensational shot from distance that crashed in spectacularly off the crossbar.

The game felt dead and buried at half time but shortly into the second period Braga made the outcome even more certain with a fourth goal, and another for Piazon. The build up was a slick team affair involving Galeno, Ruiz and Ricardo Esgaio, and eventually the ball made its way to Piazon once again lurking on the edge of the box in trademark fashion, and his finish was emphatic past Pedro Trigueira.

Tondela clawed back some respectability in the scoreline with two goals in reply but in truth it was plain-sailing for a Braga team who could have won by a larger margin, and potentially Carvalhal was keen on keeping the powder dry for a tough second leg assignment against Roma in the Europa League later this week.

An outstanding individual performance from Piazon then after a slightly slow start with Braga. His form could be key to the Arsenalistas securing Champions League football next season, and his personal upturn is well-timed too given the recent long-term injury sustained to fellow wideman Iuri Medeiros. Braga’s European journey this season may well end on Thursday night but they might well find themselves in more esteemed continental waters in the not too distant future.