PortuGOAL Figure of the Week: Diogo Gonçalves provides the assistance for resurgent Benfica 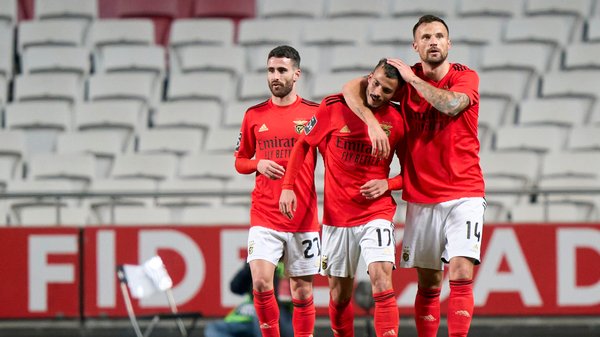 Another week of Liga NOS, another week of Sporting unbeaten as the Lions extended their winning run by beating Tondela. Porto maintained their place in the race by defeating Paços, but Braga fell behind in drawing with an Ivo Vieira-inspired Famalicão.

Marítimo got a vital derby win over Nacional, while Belenenses SAD and Gil Vicente got important victories in the relegation battle.

One side who are improving of late is Benfica, trying to repair the damage from a disappointing season. A player who has reflected this recent development is winger-turned-defender Diogo Gonçalves. He is the PortuGOAL Figure of the Week after starring in their triumph over Boavista.

24 year old Diogo Gonçalves grew up in the Benfica Seixal academy, showing plenty of talent and promise that convinced English Championship side Nottingham Forest to take him on loan back in 2018. He showed glimpses of his ability in his spell in the Midlands but ultimately a tumultuous period for the club saw his chances limited and he returned to Portuguese shores a year later. Last season another temporary deal would really kick-start his senior career as he excelled with Famalicão as the then-Primeira Liga newcomers impressively navigated the campaign to almost finish in the European qualification places, few players more integral to their good fortunes than Gonçalves.

This excellent form caught the eye of the returning Jorge Jesus to Gonçalves’ parent club Benfica and it was thus decided he would stay with the Lisbon giants and fight for his place, tough as that may seem given the significant investment to the team in attacking areas after the arrival of the likes of Everton, Pedrinho and Luca Waldschmidt last summer.

However, it would be in more defensive areas that Jesus saw Gonçalves’ value as rather than his arguably best position as an attacking winger, and the Portuguese coach sought about deploying his charge in right back, to challenge the established André Almeida and another newer acquisition Gilberto. Jesus, famous for biding his time with players before selection consideration until they learn “his ways”, gradually coached more defensive instincts to Gonçalves’ game to add to the already existing qualities a good offensive-minded full back needs, namely positive, direct forward runs and consistent delivery in the final third.

Almeida’s season-ending injury and Gilberto’s inconsistent form gave Gonçalves more and more opportunities in the first XI and in recent weeks he has begun to cement his position in Jesus’ preferred setup. A solid performance from Gonçalves in the Taça de Portugal semi-final first leg victory over Estoril seemed to convince the manager he was up for the task, while the Portuguese U21 international soon after showed he hasn’t lost his attacking instincts in scoring a memorable goal in the narrow Europa League defeat to Arsenal.

That disappointment aside, along with Benfica’s well documented struggles throughout the campaign, does not seem to have deterred Gonçalves and he has been a key part of a recent resurgence in the team as a unit as results have improved. Their latest victory over Boavista was a fourth straight clean sheet also, a sequence in which Gonçalves has started three, and he played a significant part of Saturday evening’s contest at Estádio da Luz.

The hosts were given an early gift from Boavista as Chidozie Awaziem was dismissed after only eight minutes for hauling down Waldschmidt, although Benfica were made to work to find the breakthrough by their dogged opponents. The man advantage gave Gonçalves even more freedom to attack, and he should have had an assist to his name in the 38th minute, his superb cross deserving better than Haris Seferović’s misplaced header, to the striker’s audible anguish.

Seferović would make up for his miss minutes later however and once again it was Gonçalves who was the supply line. Hugely positive work from the right back saw him ghost past Ricardo Mangas and put the ball on a plate for Seferović, who tapped into an empty net.

Early into the second half Benfica got their second goal to seal the victory. The Gonçalves-Seferović combination provided the goods again, but once more it owed far more to the delivery than the finish. The Portuguese’s cross was a forward’s dream, beautifully placed for the Swiss to nod in for one of the easiest goals of his increasingly prolific season.

Far from Benfica’s sternest test of the campaign, nonetheless the win was another in a positive sequence for the side as they look to make up for the considerable lost ground in the race for Champions League qualification.

This season will likely end up as one to forget for all associated with Benfica given the considerable on and off-field problems the Eagles have experienced throughout the last year or so. One bright spot though is this promising progression of an academy talent who has quietly got on with his work and shown genuine development of his all-round game.