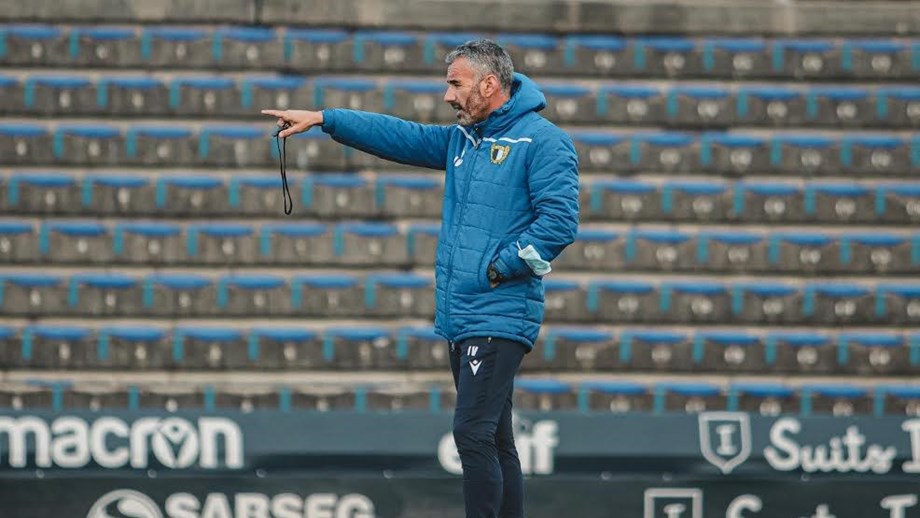 Liga NOS now takes a break for international football to resume, and the league has been left finely poised after the Round 24 action. Sporting’s league title dream got a step closer to reality after a narrow win over Vitória Guimarães, with Porto maintaining their fainter hopes by beating Portimonense. Benfica’s good run continued as they boosted their Champions League aspirations over fellow contenders Braga.

The relegation battle is one that is carrying much of the intrigue for the remainder of this campaign, and that contest grew ever tighter this week. Farense and Gil Vicente were big winners, plunging strugglers Boavista and Nacional further into the mire.

One side at the wrong end who has built up serious momentum is Famalicão, buoyed by the recent appointment of manager Ivo Vieira. The PortuGOAL Figure of the Week has done a great job in his short time in charge and led his team to a vital victory over relegation rivals Marítimo.

After a sensational return to the top flight last season, Famalicão have found the going very tough in Primeira Liga in 2020/21. After narrowly missing out on European qualification in the previous campaign, this time around the focus has been on maintaining their position in the division, struggling to cope with the mass exodus of talent they experienced in the summer and finding difficulty in getting those who arrived in their stead to gel.

There can be fewer more obvious signs of their struggles than the fact that they have changed managers three times in this calendar year alone. After a sterling job last season, João Pedro Sousa’s goodwill could only withstand their poor form for so long and he was duly replaced by Silas. The ex-Sporting and Belenenses SAD manager however would last just 35 days at the helm, being replaced by Ivo Vieira.

Vieira’s appointment represented an exciting one for Famalicão and a terrific opportunity to turn their predicament around. The 45 year old boasts plenty of experience at this level, excelling with Vitória Guimarães and Moreirense in particular beforehand, even competing in the Europa League with the former.

In just two games, Vieira’s impact has been seismic in the context of such a poor season. One area where Famalicão have experienced hardships is in Vieira’s managerial predecessors being unable to settle on one formation, with many systems consisting of three central defenders being employed to largely blunt effect. The new boss seemingly has banished these setups to use a more traditional 4-3-3, and already it’s a philosophy the players appear more comfortable playing within.

The midfield trio of this system has been key to the reversal of Famalicão fortunes. The return to fitness and form of star player Gustavo Assunção has been crucial, as has the ability to be able to pair him with January transfer window loan signing Pêpê, with whom Vieira previously worked well with at Vitória. Completing the preferred three is promising young Uruguayan Manuel Ugarte, who has been one of the brighter spots in the squad since also arriving in the winter.

Vieira’s tenure began with him tasked with a daunting first fixture against Carlos Carvalhal’s impressive Braga last week, and the coach guided his team to an extremely creditable draw to help gain some momentum for what had to be considered a key relegation battle against Marítimo yesterday afternoon. Once again Vieira opted for a 4-3-3, being able to use Ugarte in midfield after the youngster had missed the Braga game through suspension. Portugal U21 international Diogo Queirós and the goalscoring hero of the week before Heriberto Tavares had to settle for places on the substitutes bench, an indicator of the strength in depth the squad possesses despite their league position suggesting otherwise.

Keeping Heriberto out was Ivo Rodrigues, another winter acquisition who boasts plenty of talent but up until recently has had his time at the club hampered by injury. Vieira retaining his faith in his namesake would prove a masterstroke as it was he who would break the deadlock in Madeira just after the half hour mark after Famalicão survived some early pressure, namely thanks to an unusually profligate Rodrigo Pinho. The away side’s goal was a memorable one, Ugarte found Ivo in the box and he expertly wriggled himself free of the attentions of the Marítimo defence and snuck a shot in at the near post past Amir Abedzadeh.

A few minutes later the lead was doubled. Brazilian striker Anderson pounced on a poor Marítimo backpass and confidently finished past Abedzadeh.

In the second half Famalicão made the game safe as first half history repeated itself. Ugarte found Ivo, and this time his finish was even better, a fine low effort from outside the box making it 3-0.

Famalicão rubbed more salt in the wounds for Marítimo in the 78th minute to round off the scoring. Excellent work on the right flank from Gil Dias teed up Anderson for a simple header, the Brazilian’s second capping a fine afternoon’s work for Vieira’s team.

A terrific start from Vieira in the hot seat then, four points from a possible six a fantastic return given what had come before from Famalicão. The win sees the side leave the relegation zone, although given how tight the battle to avoid the drop is there is plenty of work left to be done from now until May.

Hugely positive signs under Vieira though, who appeared an inspired appointment at the time and he is going about proving just that with results on the pitch. Once the first task of top tier maintenance is assured, it might be time to start dreaming of this manager next season going one better than 2019/20, and for Vieira to tread Europa League waters once again.