PortuGOAL Figure of the Week: Ricardo Soares masterminds Benfica’s downfall in upset at the Luz 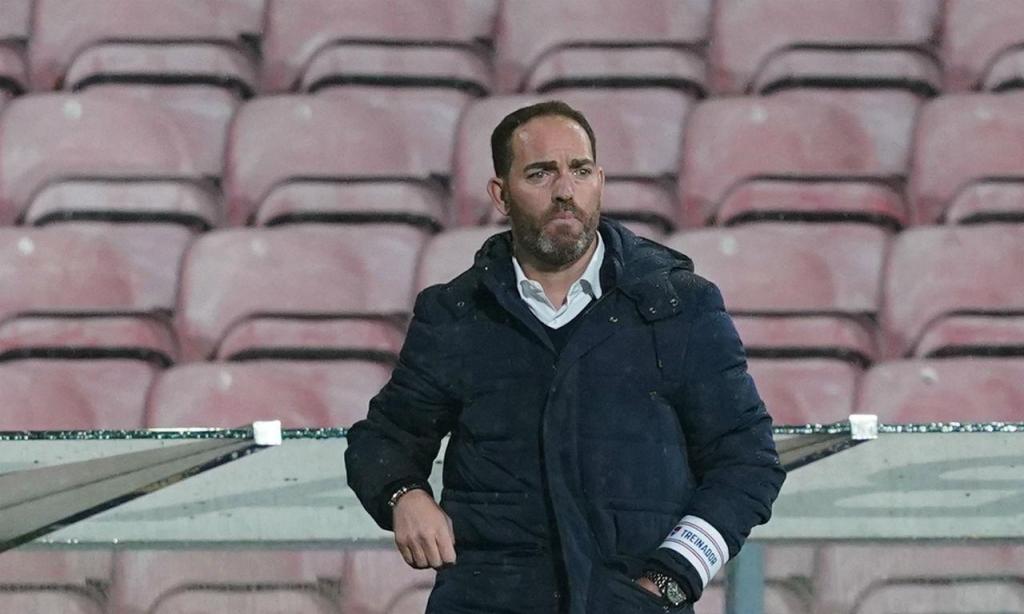 A busy week of Liga NOS action in Portugal began last weekend with a number of intriguing results as the season barrels towards its conclusion. Boavista and Belenenses SAD were big winners in the relegation battle, while Portimonense continued their superb recent form with a win over Famalicão.

League leaders Sporting got back to winning ways after a minor blip, defeating relegation-threatened Farense. Porto remained in close proximity in the table, similarly overcoming Nacional.

Benfica fell further behind their aforementioned rivals though as Gil Vicente stunned the Eagles on their own patch. Their downfall was plotted by Barcelos manager Ricardo Soares, the PortuGOAL Figure of the Week adding to his side’s recent revival.

Portuguese manager Ricardo Soares took the helm at Gil Vicente in November 2020 following a difficult start to the campaign for his predecessor Rui Almeida. Soares himself had been experiencing his own personal troubles in charge of Moreirense, but represented a sound appointment on paper given his solid coaching CV, which includes managing the likes of Chaves and Aves at this level.

Soares started positively enough, some inconsistencies in the league helped out by a good run in the Taça de Portugal. However the wheels really came off after reaching the quarter-finals of that cup competition as Gil Vicente went on a wretched run, important victories over Boavista and Santa Clara punctuated by eight defeats in ten matches, including an eventual cup exit to Porto.

Some shrewd work from Soares in the winter transfer window bolstered the squad significantly though, bringing in experienced Liga NOS customers in the form of Pedrinho and Paulinho, whilst also adding Sporting talent Pedro Marques to boost his attacking options, the young Lions striker arriving on loan and recently cementing his place in the team after a series of confident displays.

Mid-March’s trip to Vitória Guimarães proved a turning point in Soares’ tenure and the club’s domestic form, upsetting the odds to triumph 4-2 at Estádio D. Afonso Henriques and ever since Os Galos have not looked back.

For that match Soares swapped out the 5-4-1 setup had used previously, employing a 4-3-3/4-4-2 hybrid to significant effect, and in keeping that formula and consistency he has found results, going into a daunting match at Estádio da Luz on Saturday against a massively in-form Benfica having won three of the previous four matches, albeit suffering defeat in the most recent of those.

For the Benfica contest Soares did shuffle his personnel a little: midfield mainstay Claude Gonçalves dropped to the bench to accommodate the returning Lucas Mineiro, while French winger Antoine Leautey earned a surprise start to replace Kanya Fujimoto.

The latter alteration would prove a masterstroke in Lisbon as it was Leautey that broke the deadlock as Gil Vicente took the lead with ten minutes of the half remaining. The Frenchman collected Pedrinho’s pass before striking past Helton Leite at his near post with a fine low effort from outside the box.

Soares’ side were playing some good stuff and nearly doubled their lead early in the second half, Lourency narrowly missing the target following Joel Pereira’s deep cross.

Lourency made no such mistake with ten minutes remaining as he struck what would prove the winning goal, the Brazilian finishing off a slick team move by firing past Leite.

An unfortunate own goal from the otherwise excellent Vítor Carvalho set up a nervy finale but Gil Vicente held out to deservedly secure one of the shock results of the season.

The victory was enough to see Gil Vicente rise to within one point of the top half of the table having battled the drop for much of the campaign, a reflection of their recent improvement. The seven point buffer to the bottom three could well be enough to maintain their top flight status for next season, which would very much represent the mission accomplished for Ricardo Soares.