At the end of February it seemed a certainty that Lisbon giants Sporting Clube de Portugal would finally end a barren spell of nearly two decades without winning the national championship. With ten matches remaining, Sporting sat comfortably atop the standings with a 10-point buffer.

However, Rúben Amorim’s side, which has massively exceeded all expectations by achieving this domestic ascendency, suddenly got the jitters. A run of 3 draws in 4 matches saw the club’s lead slashed to just four points ahead of the tough trip to Braga, with FC Porto’s inexorable run of 7 straight wins making for uncomfortable viewing for the Lions and their supporters.

The wheels appeared to have well and truly come off as 19-year-old centre-back Gonçalo Inácio, one of several revelations for Sporting this season, showed his inexperience by picking up two quick yellow cards and subsequently being sent off with just 18 minutes played at Braga’s famous Quarry stadium.

Sporting fans must have feared the worse, but the green and whites once again showed the fortitude and strength of character that has characterised their campaign, withstanding constant pressure from the home team and then pinching all three points thanks to a late goal from Matheus Nunes.

Things would get better for Amorim and company the following night as FC Porto became the latest big team to come unstuck at Moreirense. Vasco Seabra’s modest outfit drew 1-1 with the Dragons, just as they had done with Benfica and Sporting earlier in the season.

The net result was Sporting, rather than seeing their lead cut to one point, which seemed a very real possibility for much of Sunday night, actually ended Monday night with their advantage over Porto extended to six points. Both teams won their following fixtures (Porto 3-2 vs. Famalicão and Sporting 2-0 vs. Nacional) and with four matches remaining, will the Lions’ lead be enough? Here is the remaining schedule for the two title contenders.

One thing immediately sticks out from looking at the fixtures. With the possible exception of the final match, ALL opponents Sporting and Porto have to face for what remains of the 2020/21 season have a huge prize to play for. Benfica are striving to finish in second place and thus guarantee automatic qualification to the lucrative Champions League group phase, while all the other adversaries lined up to play the top two are fighting for their lives to stay in the top flight.

In other words, no games should be straightforward, heightening the chances of unpredictability or a few twists and turns before the league winners are officially declared.

As well as chasing the right to call themselves champions of Portugal, Sporting are looking to make history by going through the entire season without a single defeat for the first time, something achieved twice before by Porto (2010/11 and 2012/13) and twice before by Benfica (1972/73 and 1977/78). Curiously, only on one occasion when Benfica managed that notable feat did they become champions, as the 9 draws in 1977/78 ended up proving costly as Porto won the league after tying on points. 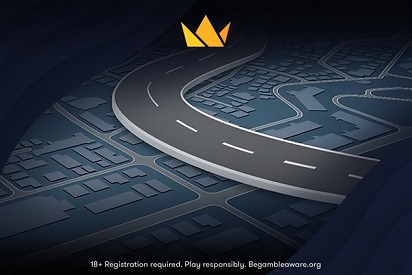 Talking of Benfica, although out of the title race, the Eagles could have a big say in who lifts the crown. Jorge Jesus’s team host both Porto and Sporting, and with that runners-up spot in their sights, the Estádio da Luz may yet be the crucial venue that decides the outcome of this championship. Similarly, Rio Ave also host both title contenders.

In addition to keeping track of the title race, to experience the thrills and spills and winning and losing visit Frank Casino, which is an international brand that provides the best online slot machines to its clients and never fails to surprise players with the new features: from the tourneys to lotteries and internal currency (franks).

With Benfica and Braga in the Portuguese Cup final, it is looking increasingly likely that the Arsenalistas will claim a place in next season’s Europa League, while Portugal’s traditional Big Three will be in the Champions League, albeit the team finishing third going into the qualifying rounds rather than the competition proper.

Despite recent poor results, Paços de Ferreira’s excellent season will see them qualify for the new UEFA Conference League, with the second berth in that competition (6th place in the table) apparently a shootout between Vitória Guimarães, Moreirense and Santa Clara. Vitória have the status, the squad and the current advantage by four points, but are in freefall having lost their way badly since the start of February, winning just three of their last 15 Liga matches.

Moreirense, as mentioned earlier, have pulled off some tremendous results against the Big Three, although from a purely aesthetic point of view, Santa Clara are the most deserving of crowning their season with European football next season. The Azorean outfit have been a delight to watch with their proactive attacking game plan, no matter who the opposition. Should all three stumble, Tondela may yet steal in for a surprise qualification for Europe.

With talk of reducing the Portuguese league from 18 to 16 teams gathering pace, now could be the worst possible time to get relegated given that competition to return to the top division will likely soon be fiercer than ever with some big names in the second tier.

Coincidence or not, the relegation scrap is one of the most fascinating for years, with every club in the bottom half of the table still very much involved. For example, Portimonense and Belenenses SAD are in joint 10th position, but Petit’s team are only 5 points above 16th-placed Boavista, who currently occupy the promotion playoff spot in 16th (teams finishing 17th and 18th are automatically relegated).

On current form you would say Belenenses SAD, Portimonense, Famalicão and Gil Vicente are looking the most likely to beat the dreaded drop, but an untimely late slump from any of these four teams and they could be in deep trouble.

At the start of the season Rio Ave and Boavista were expected to be challenging for Europe, but both have been plagued by inconsistency all season, and could pay the ultimate price. As things stand, these two mainstays of the Liga NOS will be fighting with the two Madeira clubs, Nacional and Marítimo, and Algarve outfit Farense to avoid relegation in a fight that looks set to last until the final round of matches on 19 May.

Keep track of how the season denouement unfolds at PortuGOAL.

Sporting will be CAMPEÃO
Porto will get at least 1 penalty in each of their remaining games.

Nice season, it’s been a great coaster so far!

Although you point out Benfica to be the ‘wild card’ I actually think Rio Ave is even trickier in these circumstances for Porto and Sporting. Yes Benfica are a big club and the big games are always...

Nice season, it’s been a great coaster so far!

Although you point out Benfica to be the ‘wild card’ I actually think Rio Ave is even trickier in these circumstances for Porto and Sporting. Yes Benfica are a big club and the big games are always tough to call. However, this Benfica squad has showed a lack of aggression and spirit at so many points this season that I don’t believe they would be able to match the spirit of a squad trying to hang on for dear life like Rio Ave are currently (among other relegation candidates of course)!

Now if things go to plan we’ll have the Big Three returning to Champions League play which is something that hasn’t happened in a really long time. I’m so very looking forward to seeing that again and hopefully a positive showing from all three clubs happens (rarely has it ever but doesn’t mean it can’t!)

I do hope Santa Clara pull off a European spot. They’ve been a fantastic side to watch all season. Give me a team that plays over one that doesn’t any day for that spot.

Relegation is tight. Rio Ave has been a lovely side to watch over the years so I am hoping they manage to pull through. With their tough schedule though you never know.

Benfica x Porto - ex super dragao ASD is the ref , a guy who two weeks ago blatantly tried to tank sporting with a forced early...

Benfica x Porto - ex super dragao ASD is the ref , a guy who two weeks ago blatantly tried to tank sporting with a forced early sending off for
Goncalo Inacio.

It isn’t over yet boyos. Apito Dourado and #Basta never went away.

Z I 100% get your excitement, but turn down the conspiracy ideas. Portuguese officials are in my opinion some of the weakest bunch, however that doesn’t mean they blatantly try to ‘cheat’ clubs. They make more errors for the big clubs in general...

Z I 100% get your excitement, but turn down the conspiracy ideas. Portuguese officials are in my opinion some of the weakest bunch, however that doesn’t mean they blatantly try to ‘cheat’ clubs. They make more errors for the big clubs in general but not purposely.

Any person has the right to support whatever club they like. However, it is outright disrespectful and wrong to accuse them of trying to favour said clubs at any point. ASD will do his best to keep a well officiated game. He’s a professional before a fan as are the other mediocre officials in our league. Don’t buy into the crap that the ‘big squads’ like to feed to the journalists every week.

Support your club without disrespecting those doing their work.

This is great for Portugal and Portuguese football to see Sporting at the top of the table throughout the season and now so close to winning their first league title in two decades and lets not forget how many Portuguese players have been...

This is great for Portugal and Portuguese football to see Sporting at the top of the table throughout the season and now so close to winning their first league title in two decades and lets not forget how many Portuguese players have been selected consistently. This is great!