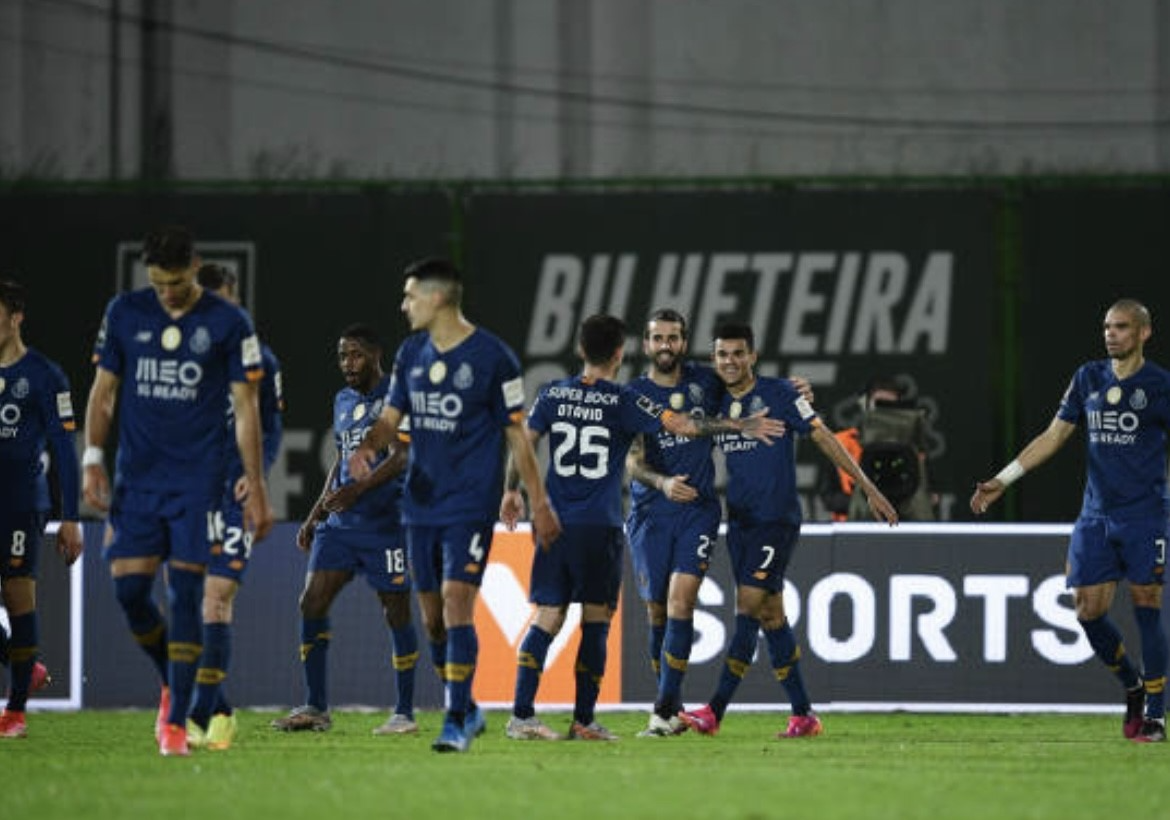 FC Porto have sealed a second-placed finish in the Primeira Liga, granting themselves automatic qualification to the UEFA Champions League and leaving relegation-threatened Rio Ave in 16th place ahead of the final game of the season with a 3-0 win, this Saturday.

Desperate for points, the Vilacondenses were keen on a big result against the Dragons at the Estádio dos Arcos to steer them away from the dangers of relegation, but a 12-minute whirlwind in the second half saw Porto hit three past a troubled Rio Ave side en route to a pivotal 3-0 victory away from home.

Boavista’s 1-0 win against Portimonense saw ‘the Black Panthers’ leapfrog the defeated Rio Ave ahead of the final game of the season, meanwhile also dragging the team from Portimão into a final-day battle for survival.

Farense completed the action at the bottom with a narrow win of their own against Tondela and levelling Rio Ave on points, despite occupying 17th-place.

Ahead of their final home game of the season, with Porto coming to town, Rio Ave run the very real risk of seeing a 12-year-stay in the top flight of Portuguese football come to an end.

Focusing their minds on a shock victory against the Dragons that would also let Benfica in for the fight for second place, the Vilacondenses started positively before ex-forward Mehdi Taremi, from a tight angle, almost averted the trend with a looping effort clipping the bar from a tight angle.

Rio Ave replied with their best chance of the game, set up by Gelson Dala‘s accurate cross that would evade Carlos Mané’s feet inexplicably from close range, 37 minutes in.

Porto took their chance when it came, via João Mário’s craftiness on the right to leave Toni Martinez clear to strike across goal inside the area, finding the bottom corner in the 56th minute.

Luis Diaz was on hand to double the Dragons’ advantage just three minutes later after working some space for himself inside the box and finishing, moments before Porto’s third, from Sérgio Oliveira, placed the game beyond Rio Ave’s reach.

In a game with potentially huge consequences for both outfits, the cup-final feel was installed nicely at the Bessa as Boavista welcomed fellow relegation candidates Portimonense.

Inspiration proved hard to come by on both sides of the pitch, however, as the two traded wayward strikes going into a goalless half.

The second period looked to be going much the same way before Sebastian Pérez, on the edge of the box, was able to fire a half-volley into the mixer, enabling Jackson Porozo to divert the ball into the back of the net in the 71st minute.

With Boavista far from being home and dry, Portimonense couldn’t have asked the ball to have fallen to a better player in free-scoring Beto in the 90th minute, sat just a few yards out from goal before Léo Jardim’s crucial point-blank save.

The Brazilian goalkeeper’s heroics secured three important points for Boavista, moving ‘the Black Panthers’ out of the relegation play-off spot with Portimonense, just three points above the water in 13th, facing Sporting de Braga at home on the final day of the season.

The Lions from Faro were pinned against the experts of end-of-season survival, Tondela, in their hunt for three important points at home, designed to set the 17th-placed side up with hope of staying up going into the final game of the campaign.

Farense threatened with a couple of Jonathan Lucca free-kicks and a header onto the crossbar from Pedro Henrique in the 36th minute, as Tondela made things uncomfortable for the hosts at the other end in an ultimately goalless first half.

The Southern outfit kept pressing in their final home game of the season before Salvador Agra, going down aimlessly inside the box, offered Jorge Costa's team the chance to take the lead from the penalty spot.

Farense talisman Ryan Gauld was the man elected to take the vital spot-kick, sending Niasse the wrong way before Agra’s red card, sealing a win for the home side ahead of an emotional final day of the season, next week.