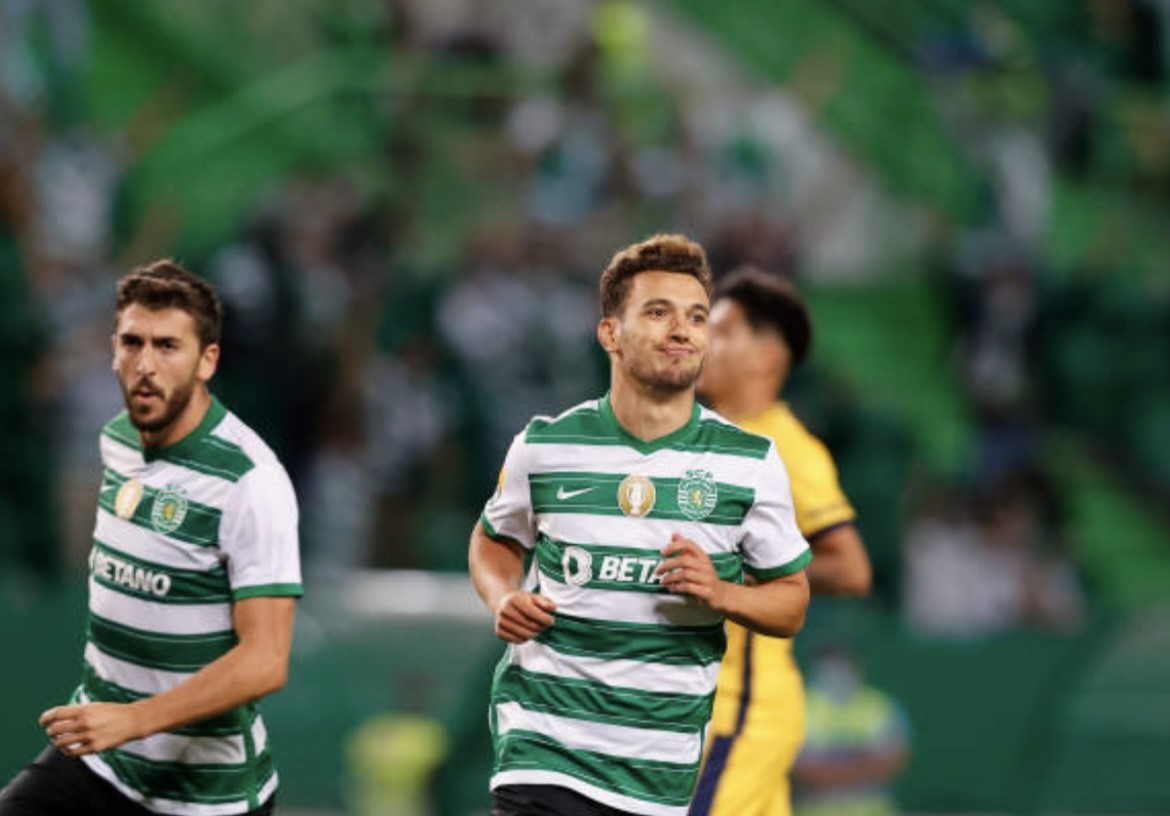 Sporting have begun the defence of their Primeira Liga title with a 3-0 win at home to Vizela, opening up their 2021/22 campaign in style against the newly-promoted northern outfit.

A couple of goals from last season’s star man Pedro Gonçalves and a Paulinho tap-in gave the Lions the start required in front of their limited home support, passing the baton onto their other title rivals cheerfully. It is way too soon to say Sporting are on course to retain their crown, but it is an encouraging start and will feel like an early win at best payout casino online.

Lisbon neighbours Benfica brushed away the pressure when racing to a 2-0 lead away to Moreirense, prior to a Rafael Martins consolation goal and a Diogo Gonçalves second-half red card that would complicate matters for Jorge Jesus en route to a 2-1 victory.

Sporting de Braga didn’t miss in their travels to Madeira either, resolving matters in the second half of their game against Marítimo with a goal each from Raúl Silva and Ricardo Horta. FC Porto also weren’t to be left behind in their first outing of the season, coasting by Belenenses with goals from Toni Martinez and Luis Diaz on Matchday One.

After becoming the flavour of the season, Sporting were out to begin replicating the recipe on Friday night, welcoming Vizela to the Primeira Liga after a 37-year-absence.

The newly-promoted side held their own in the Lions Den when Jovane Cabral threatened to undo all their defensive work from the penalty spot, letting the newbies off the hook by blazing his attempt over the bar on the half-hour mark.

Sporting relied on the usual suspect to break the deadlock in the second half as Pedro Gonçalves picked his spot with a placed finish on his favoured right foot, just three minutes after the interval.

Paulinho killed the game off with the Lions’ third and final goal of the game, created by Nuno Santos’ delivery across goal begging for the ex-Braga man's one-touch finish, claiming Ruben Amorim's first set of three points of the season.

In the thick of a busy month for the Eagles, Jesus came into the opener in Moreira de Conégos with a handful of changes ahead of next week’s second leg of their UEFA Champions League qualifier versus Rui Vitoria's Spartak Moscow.

Benfica’s first goal of the game came from a mainstay, however, as Lucas Veríssimo imposed himself among a goal-mouth scramble to turn in an effort from close range.

Gian-Luca Waldschmidt was quick to double the visitors’ lead in the 18th minute, latching onto an intercepted cross to fire home from the entrance of Moreirense’s box before Rafael Martins could halve Benfica's advantage after rounding Odisseas Vlachodimos and tapping into an empty net.

As the Eagles led 2-1, a dangerous tackle from Diogo Gonçalves on Abdu Conte, earning him a straight red card, placed Benfica’s advantage in jeopardy but Jesus’ men had enough in the tank to hold onto a victory.

Commencing another season of promise, Carlos Carvalhal kicked off his campaign against former club and Madeiran beacon Marítimo away from home as the two Primeira Liga pillars went toe-to-toe for opening day joy.

After one of the least memorable halves of football at the Estádio dos Barreiros, it took a familiar face on both sides to shift the margin between the two teams, with Raúl Silva turning in an opener for Braga following the hour-mark.

The moment of the game fell Ricardo Horta’s way just seven minutes later, leaving the goalkeeper rooted to his spot with a pinpoint free-kick. The winger's set-piece sentenced the hosts to defeat, as Braga bounced back from their Super Cup disappointment versus Sporting with a 2-0 victory.

In their bid to reconquer the domestic scene, Porto welcomed Belenenses to the Dragon’s lair for their first game of the season, eyeing up all three points.

The visitors should’ve had Sérgio Conceição’s men chasing from behind, however, after Alioune Ndour scuppered a great chance to tap home Matteo Casierra’s pass across goal in the 7th minute. Toni Martinez made the Belém outfit pay in the 19th minute, renewing his rich vein of form in front of goal from last season with an unstoppable half-volley.

Colombian winger Luis Diaz secured Porto’s lead in the 65th minute following quality work down the flank from João Mário, setting up the Copa America finalist for his first of the campaign.

After his exploits in the summer Diaz looks primed for a sensational season and keeping hold of his services despite interest in the transfer market will feel like a big win at best au online casino for Porto fans. To the sound of two goals, the Dragons registered their first win of the season.

Pote showing why the question to be asked is, "why he didnt get minutes at euro2020 on the right side of attack?"

Goncalo Inacio at 19 looks very good for such a young defender and is following a similiar path as Ruben Dias....very good for...

Pote showing why the question to be asked is, "why he didnt get minutes at euro2020 on the right side of attack?"

Goncalo Inacio at 19 looks very good for such a young defender and is following a similiar path as Ruben Dias....very good for Seleccao and offers a potential back 3 with pepe and ruben if Santos was that adventerous. Im interested to see how he does in Champions League.

Matheus Nunes....now has his portuguese passport after being in portugal since he was 12 ala Pepe. I think securing him for portugal is the right move. He is athletic, pacy, skilled and good for his age...a different dimension to our midfield.

Palhinha as good as ever....

Bruno Costa in goal for Porto looked very good..might be time for a call up...to start his evolution.

Joao Mario at right back very good after his switch from winger but has so much competition.

Disappointed not to see fabio or vitinha get more minutes....they may need to look for a loan to develop.

Read More
Joe
There are no comments posted here yet