PortuGOAL Figure of the Week: Fran Navarro's debut double gets Gil Vicente off to a flyer 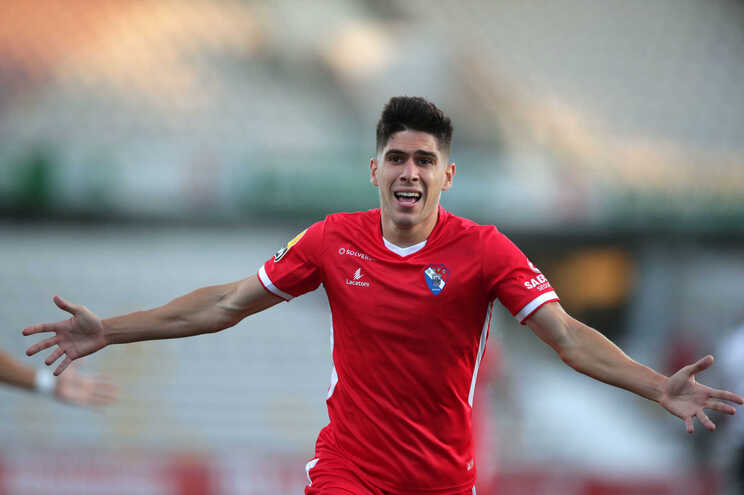 Portuguese top flight football as the newly-christened Liga Bwin got under this weekend with Sporting kicking off the campaign and their league title defence by overcoming division new boys Vizela. The contenders for the Lions’ crown similarly triumphed, Porto defeating Belenenses SAD, Benfica edging Moreirense and Braga beating Marítimo.

There is a real surprise leader of the table after the first round of matches however, albeit due to alphabetical reasons, as Gil Vicente top the league after a convincing 3-0 win over Boavista. The star of the show, and the first PortuGOAL Figure of the Week of the season, is a new arrival to the squad in the form of Spanish striker Fran Navarro, netting twice in a superb debut for Os Galos.

This summer saw an influx of transfers for Gil Vicente as a number of big names at the club departed for pastures new, such as Lourency, Claude Gonçalves and Lucas Mineiro. One of the more intriguing prospects coming into the club was 23 year old Spaniard Fran Navarro, arriving from Valencia’s B team having spent his formative years at the club.

Having arrived from such an illustrious team as the Spaniards didn’t really give any clues as to the sort of impact Navarro might have in Portugal. A loan spell in Belgium last season with Lokeren proved fruitless but overall a decent goal record for Valencia’s B team suggested he could lead the line well for Gil Vicente.

His first few weeks have certainly been promising, featuring regularly in pre-season and impressing enough to nail down his place at the point of Ricardo Soares’ preferred attacking setup. In his early games at the club he has looked a mobile attacking threat, good with his back to goal and linking with the rest of the team. He was in the starting XI for both rounds of the Taça da Liga and kept his place for Monday night’s league season opener at home to Boavista.

His understanding with wingers Samuel Lino and Bilel Aouacheria, as well his link play with attacking midfielder Kanya Fujimoto, was apparent from the get go, and indeed a combination between the latter player and Navarro led to the opening goal as early as the 3rd minute. The Japanese’s layoff was collected by the Spanish forward, who collected the ball and set himself before unleashing a low shot from outside the box that Boavista goalkeeper Rafael Bracali could not keep out.

Navarro and Gil Vicente’s confidence was high and Boavista were struggling to cope. The Spaniard thought he had an assist to his name in the 17th minute when his lovely touch and through ball saw Zé Carlos confidently chip into the back of the net, only for the home side to be correctly denied by the offside flag.

A second goal would arrive soon after as Samuel Lino’s effort meant a 2-0 lead for Gil Vicente at half time, and it was not long into the second period that victory was confirmed with Navarro bagging a second. This time it was a much more simple affair as the former Valencia man showed off his more predatory instincts, arriving at the far post to bury a header from close range following Pedrinho’s corner.

Navarro continued to work well with Fujimoto in particular, the pair combining to set up Samuel Lino for what should have been a fourth goal but Gil Vicente were happy with their lot to see out a convincing victory to get their 2021/22 campaign off to a flying start.

Early days yet for Fran Navarro on Portuguese shores but he has hit the ground running in Liga Bwin and looks set to be a name to look out for in the campaign ahead.