Porto stall after wins for rivals Sporting and Benfica 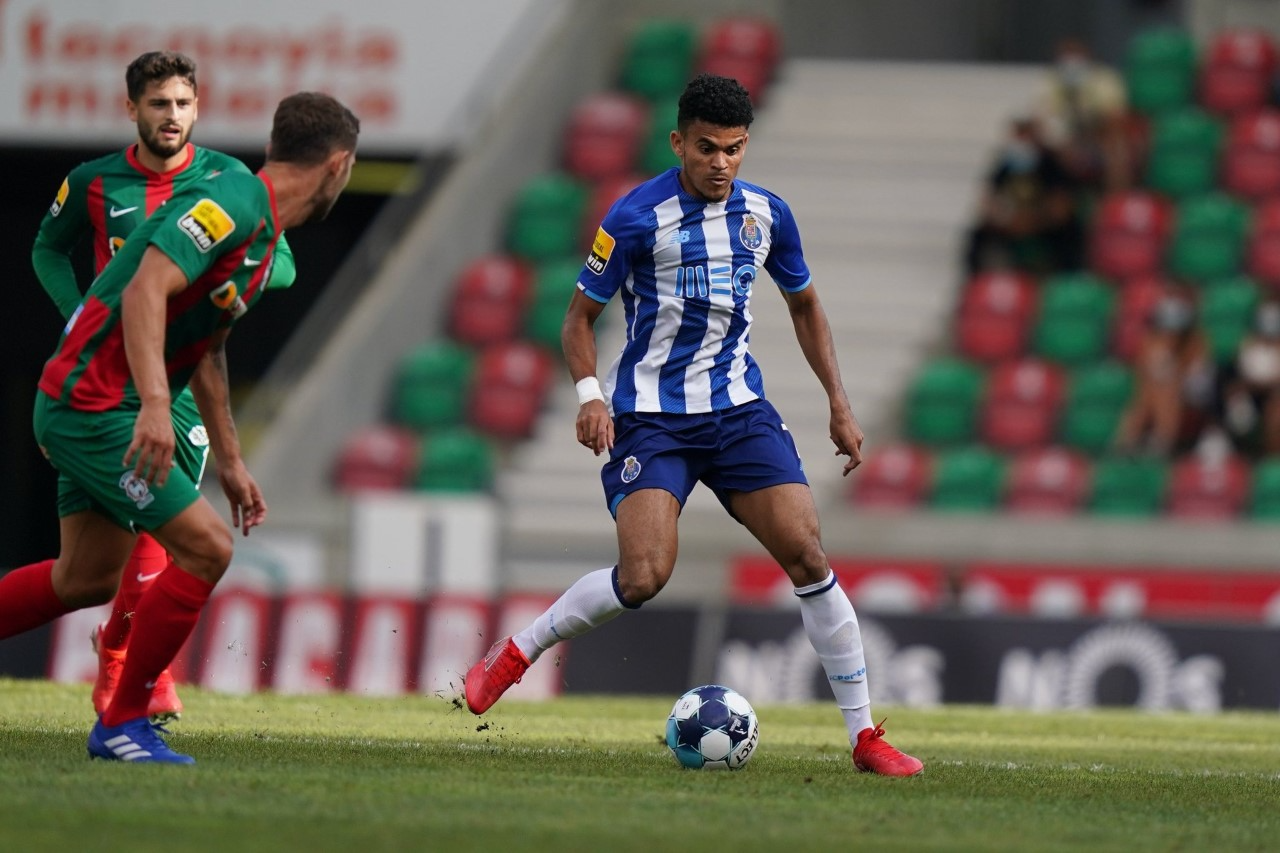 Porto have dropped their first set of points of the season after drawing 1-1 away from home to Marítimo, this Sunday, falling two points behind rivals Sporting and Benfica.

The Dragons, the last of the ‘Big Three’ in action this weekend, took the lead in the first half before a goal on the brink of half-time locked up the game and earned Marítimo a point, distancing Porto from their competitors for the first time this season.

Prior to the action in Madeira, Benfica left it late against a resilient Gil Vicente side in sunny Barcelos, hitting two goals deep in the final ten minutes to keep up their 100% record in the Primeira Liga.

It is too early to call, but Sporting are looking good in the defence of their championship title and putting a bet on them may bring success like in a real money casino.

Sporting found it easier to land their punches against a toothless Belenenses, standing over the Belém side early before sailing to a 2-0 victory. Elsewhere, there was bags of drama in Sporting de Braga’s travels to Moreira de Conégos, leaving it as late as the 95th minute to steal all three points in a 3-2 victory.

With eyes on two fronts, Benfica were after a tranquil evening in Barcelos to help set themselves for Tuesday’s big clash away to PSV Eindhoven, for the second leg of their UEFA Champions League qualifier.

Rotating a number of their players, one man who almost made his presence felt was Adel Taarabt, aiming a shot into the bottom corner in the 9th minute before being denied by the post in a goalless half.

Having already seen a goal being disallowed in the first period, Benfica repeated the feeling through Roman Yaremchuk in the second half before Lucas Veríssimo, inside the opposition’s area, ended the nervy wait for a goal in the 84th minute.

The best was left for last in the Cidade de Barcelos Stadium, with Alex Grimaldo taking aim from range and finding the top corner with a dipping effort in the 88th minute, securing a 2-0 victory.

After seeing Benfica creep to the top of the table, Sporting were out to follow their neighbours to the top-spot against a Belenenses side that’s yet to register a point this season. The Lions put Petit’s side in their place early through Gonçalo Inácio’s opener, glancing a header in from a Rúben Vinagre cross in the 7th minute.

Sporting warmed to the deliveries into the box and found a second goal in the 48th minute via João Palhinha, improvising with a header at the back-post to leave the visitors lacking spirit. A challenge from behind by Taira killed the game completely for Belenenses, leaving them down to ten man and paving the route to a third consecutive victory for Sporting, late on.

After renewed success from the two Lisbon giants, Porto were tasked with matching up with their Primeira Liga rivals in their journey to Madeira, welcomed by Marítimo. The Dragons almost had their noses in front after Taremi saw his shot inside the box cleared off the line by Rossi, catching Toni Martinez by surprise when it was time follow-up in the 18th minute.

Sergio Conceição’s men had more luck with the six-yard pinballs in the 35th minute when Otávio’s diverted finish was redirected goalwards by Luís Diaz at the back-post, prior to Taremi’s finish, with replays confirming Diaz’s initial effort had already crossed the line.

Just as the half drew to a close, however, an ambitious run from Vitór Costa set Bruno Xadas up for a wonderfully-struck first-time finish from the edge of the box, levelling the score at 1-1.

The second half almost saw Marítimo turn the game on its head in the 69th minute, with Claudio Winck setting the ever-impressive André Vidigal up for a casual finish, only for the bobble to get the better of the winger before scuffing his shot onto the post.

Marítimo settled for what they had soon after, locking up shop successfully against a frustrated Porto, conceding their first couple of points of the season.

In a game between northern neighbours, Braga came with hopes of bouncing back from their 2-0 defeat to Sporting that set them three points behind the leaders of the pack in the Primeira Liga.

The visitors raced to a 2-0 victory before the half-time interval, taking the lead through Fábio Martins before Iuri Medeiros’ first goal since his spell on the sidelines with a lengthy ligament injury. Moreirense came bearing warnings in the second half, however, threatening from set-pieces before a 79th minute long ball into the box foul earned them a penalty, converted by Steven Vitória.

Braga continued to struggle with their area under intense aerial pressure, conceding an equaliser just five minutes later after Costinha popped up at the back-post to get off the mark for his new club.

The topsy-turvy nature of the match meant the result was difficult to predict, just like in real money casino sites.

Abel Ruiz almost turned the tide back the other way with a shot just wide in the 90th minute, but the tale had smiles in store for Carlos Carvalhal and his men, back in front as late as the 95th minute after Ricardo Horta plucked a winner with a shot into the bottom corner, signing the game off at 3-2.

Ricardo Horta is way way better than Joao Felix. Santos should call him up now instead of Felix, Guedes or Rafa.

This quote should be on the front page of Portugoal for years to come, LOL!!