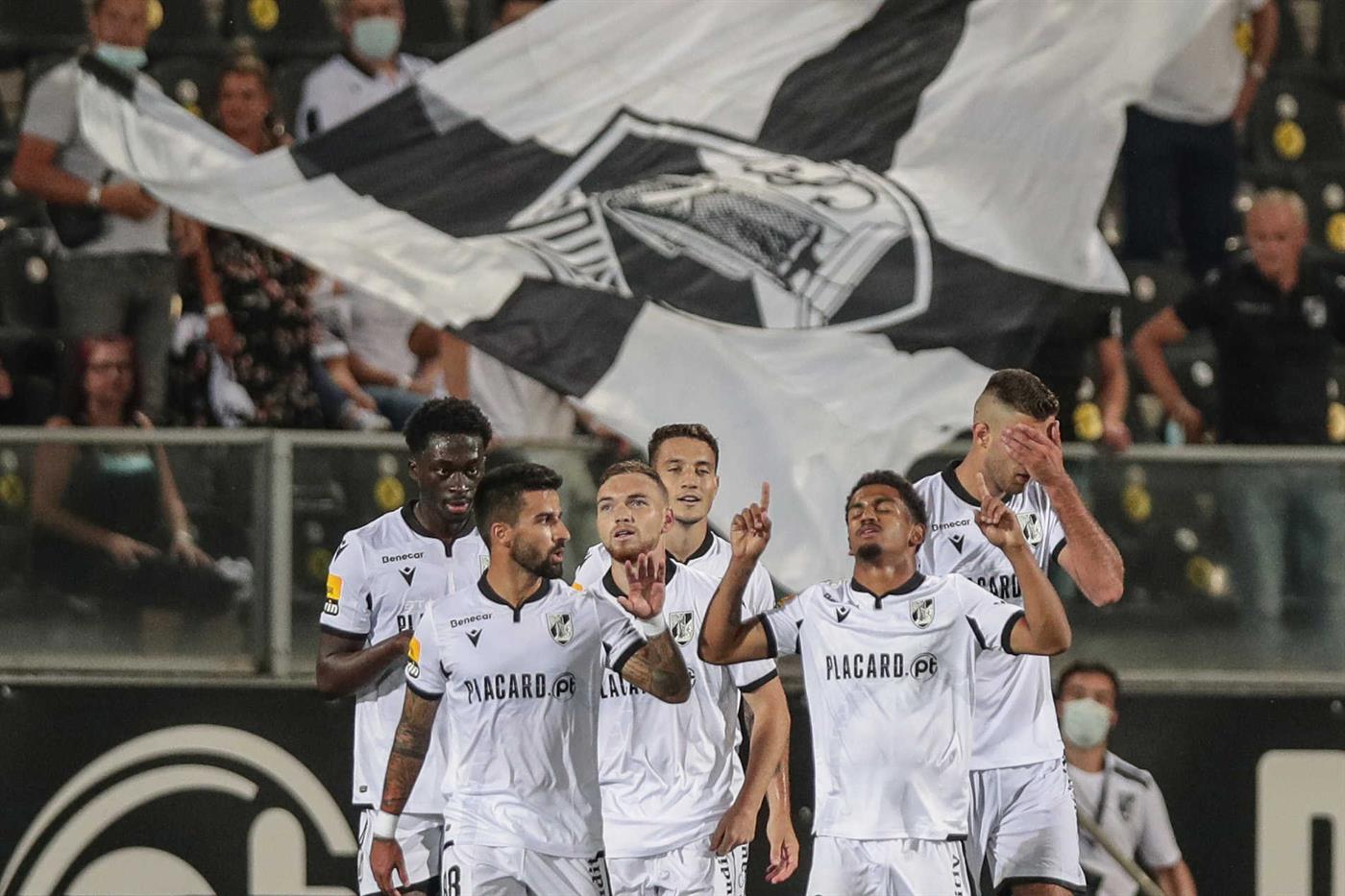 Liga Bwin 2021/22 continued apace this weekend with the third round of matches concluding last night. Arouca began the third gameweek with their first win since returning to the top flight, which was followed by a thriller between Moreirense and Braga, the latter prevailing very late on.

Porto dropped their first points of the season in a draw at Marítimo, allowing Sporting and Benfica to steal an early march on their rivals as the Lisbon duo maintained 100% starts.

One side that has been anything but perfect so far is Vitória Guimarães but they got off the mark victory-wise thanks to a heavy defeat of Vizela, but only after turning to the bench as PortuGOAL Figure of the Week Marcus Edwards’ super substitute appearance lit up Estádio D. Afonso Henriques.

Still just 22 years of age, London-born Marcus Edwards has been one of Primeira Liga’s top performers ever since he swapped Tottenham Hotspur for Vitória Guimarães back in 2019. After taking a few months to bed in to the team and the culture of his new league, Edwards has become highly sought after around Europe, with some of his rumoured suitors being his former club and Portugal’s current champions Sporting.

The winger though showed his commitment to Vitória earlier in the year in signing a contract extension, although quite puzzlingly since his involvement in the first XI of not only former Vimaranenses boss João Henriques but also the newly-appointed Pepa has been a little sporadic, granted the Englishman’s form has perhaps lacked consistency in 2021 as a whole.

Indeed, Edwards was left out of the starting lineup for Sunday evening’s home tie with Liga Bwin newcomers Vizela, with the wing positions instead occupied by Rochinha and the legendary Ricardo Quaresma. The omission was beginning to resemble an error as by the hour mark the match remained 0-0 with Vitoria lacking creativity and threat from wider areas.

Enter Edwards then to ultimately heavily contribute from significantly turning the match in the home side’s favour. Replacing Rochinha, the former Spurs man occupied the left flank, arguably the less effective side for him but nonetheless he showed what a threat he can be just minutes after coming on, his late dash into the penalty area halted unfairly by Vizela defender Koffi Kouao and Vitória skipper André André converted the resulting spot kick.

Five minutes later it was 2-0 and Edwards played a role once more, showing his excellent dribbling ability to beat his man, feed André André who in turn found Rafa Soares. The full-back’s cross was met powerfully by Oscar Estupinan to double the advantage.

Edwards won’t be credited with an assist but ultimately played a huge part in the goal, his positive play creating a chance from a situation where there appeared to be little danger for Vizela before the Englishman’s bamboozling skill.

If he didn’t get credited for involvement in the second goal, there was no doubt about the third as Edwards added his name to the scoresheet in superb style. Fellow substitute Nico Janvier found the winger, who teased the opposition defence with his close control before angling a low shot into the far corner.

An unerring finish that left Vizela goalkeeper Charles very little chance of saving, and just rewards for Edwards’ scintillating cameo upon the match. Falaye Sacko’s late penalty added even more gloss to the scoreline as Vitoria ran out 4-0 winners on the night.

The Edwards-Vitória bond still faces a potentially uncertain future despite his lengthy contract with the transfer window still open for a few more days yet.

One thing that is more sure however is that Edwards has sent a clear message to his manager about his selection chances for the matches ahead. The English wideman has to be a near certainty to regain his spot in the XI for next weekend’s vitally important “Minho derby” against Vitória’s bitter rivals Braga. The contest is the must-watch match of ‘Jornada 4’ of the Liga Bwin season, and don’t bet against Edwards being the star of the show.