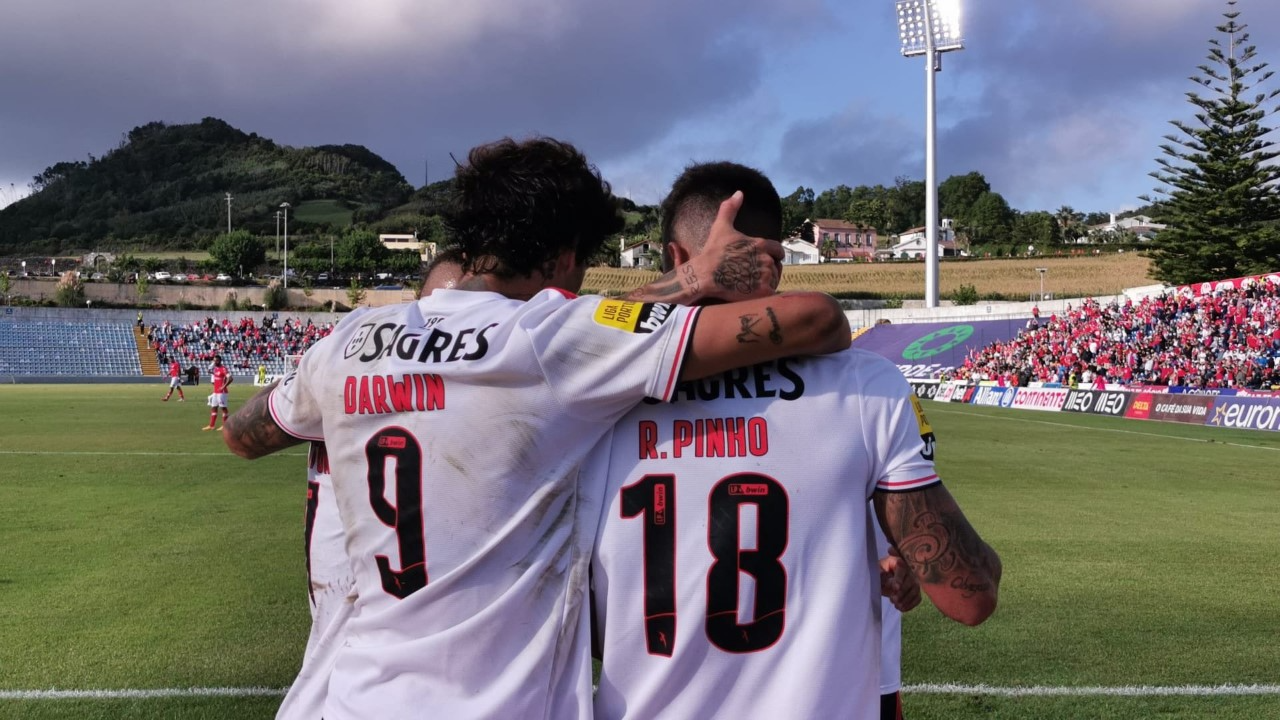 Benfica have renewed their fine form coming into the new season with a 5-0 victory away to Santa Clara, cementing their spot at the top of the Primeira Liga table.

The Eagles started slowly with a goal on the brink of half-time from Rodrigo Pinho before further joy followed in the second period, led by a Darwin Nuñez brace. Finishes from Rafa Silva and new boy Roman Yaremchuk completed Benfica’s assignment in the Azorean island of São Miguel, making it five wins from five in the league.

Sporting de Braga, on the other hand, were unable to apply pressure on both Sporting and Porto prior to the Classico, drawing 0-0 away to Paços de Ferreira and keeping them two points adrift of their competitive rivals.

Ahead of tonight’s Clássico, Benfica looked to reaffirm their position at the top of the table with a win away to Santa Clara, potentially setting them four points clear ahead of their title rivals.

It was all Lincoln throughout much of the first half as the Brazilian midfielder made the visitors sweat with a free-kick pinging off the bar, with Benfica left counting their fortunes after a couple of high-foot challenges left the hosts appealing for a red card and a penalty on separate occasions.

Somewhat against the run of play, Pinho was on hand to deliver an even bigger blow to Santa Clara, giving Benfica the lead with a mere three minutes to go until the half-time interval.

The Eagles struck early in the second period via Darwin, squeezing a finish in at the near post before Rafa made it three with an unstoppable strike from distance, nestling in the far-right corner of the goal.

Darwin increased the advantage to four with a deflected effort in the 62nd minute prior to Yaremchuk’s finishing touches to the evening, tapping in Grimaldo’s cross to seal a 5-0 victory shortly after.

In our first chance to see some of the new faces acquired by Braga at the end of the summer transfer window, there was a striking change to the officiating too as French referee Willy Delajod, originally from Ligue 1, was experimented on the Portuguese domestic scene.

Paços claimed the best opportunities of the opening half, offering panic to Matheus’ goal in the 26th minute via Hélder Ferreira’s cross, deflected goalwards by Vitor Tormena from close range prior to the Brazilian’s stop.

In the second period, Ricardo Horta tried to drag the levels of inspiration up for Braga with a strike from distance, posing a serious threat with a shot floating just over the bar.

Galeno could’ve pinched all three points late on for his Braga teammates after being played through by Lucas Mineiro down the left channel, but the winger’s inability to fully open up his body and arc a shot away from the keeper sealed the game’s fate, concluding itself at 0-0.